Medical tourists from the US and beyond are revolutionising European healthcare markets, say President of the MTA Renée-Marie Stephano, and Executive Vice President of Dünyagöz Hospital Selin Yildirim 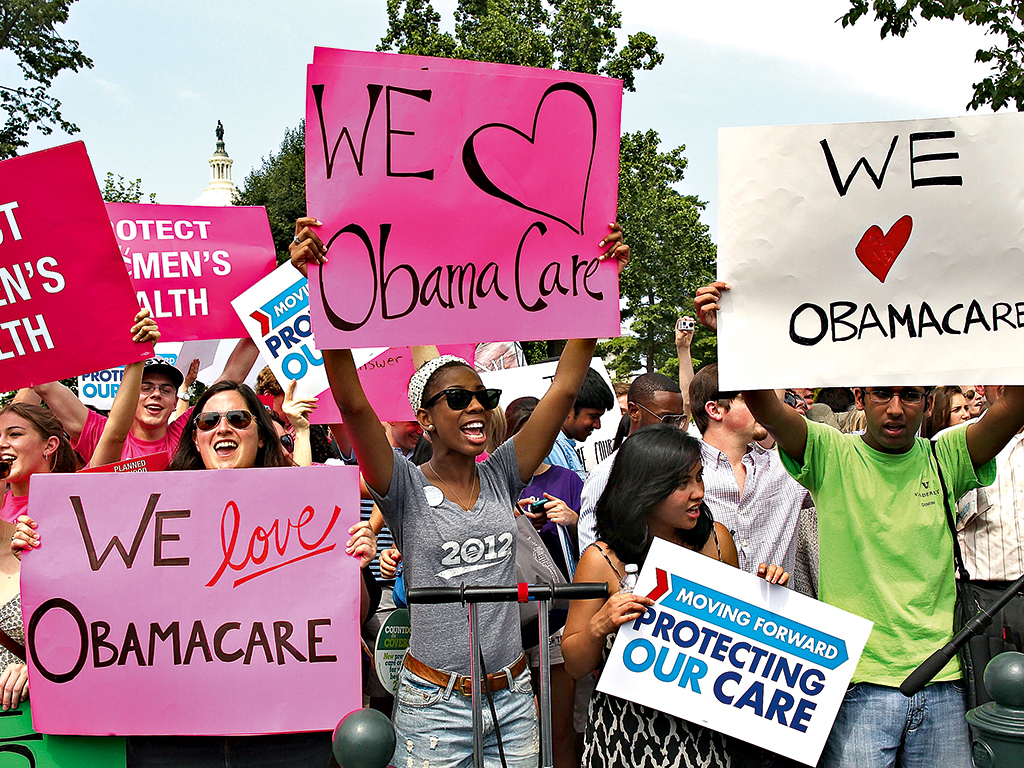 Obamacare supporters in Washington DC. Critics fear 43 million Americans will lose access to employer-based health insurance as a result of the system
Management

Nestled in the heart of California’s Redwood region along the Pacific coast, Blue Lake Casino and Hotel is the kind of place people go to get away from it all. Bruce Ryan couldn’t wait to get away either.

The 59-year-old construction manager at Blue Lake Rancheria – the Native American operative that oversees the casino and hotel – had a different getaway in mind. He’d had enough of the superlative sense of adventure that living and working among the tallest trees in the world offered. The pain and inflammation in his shoulder was in dire need of attention, and he could no longer dismiss it. He needed out.

When Ryan was approached by a human resources manager at Blue Lake Rancheria about having his rotator cuff repaired, he wasn’t worried about where the surgery might be, but rather how soon he could leave. What he would learn was that surgery did not involve a short trip down the mountain to Stanford University Hospital – the closest facility capable of performing the procedure and one of the finest institutions the US has to offer – but an excursion halfway across the globe.

Modern-day Americans – like Ryan – are desperate for solutions to rising healthcare costs at home, and so the adventurous among them are coming to Europe, where they can couple their enthusiasm for travel with an opportunity for medical attention.

Modern-day Americans – like Ryan – are desperate for solutions to rising healthcare costs at home, and so the adventurous among them are coming to Europe

Affordable care
Wary of travelling to one of the less-developed countries with which medical tourism has been synonymous in the past, some Americans and their employers are finding affordable treatments and procedures in places such as Poland, Germany and Italy instead. Such procedures are on par with comparable services offered in the US, but without the wait and at a fraction of the expense.

Governments and hospitals in Europe have only recently begun promoting their services internationally. And, despite what many European providers predicted, US employers are eager to hear what they have to say.

Working Americans and health insurance have been linked since the start of World War II, when the federal government capped wages, forcing employers to establish other means to entice and keep employees. US employers began to offer health benefits and, eventually, their employees demanded them. Business owners have been happy to oblige because the federal tax code in the US exempts employer-sponsored health plans from taxation. American employees, on the other hand, save money by buying health insurance through an employer, rather than in the individual market, where they would have to use after-tax dollars.

Fast-forward to present day and the Affordable Care Act – dubbed Obamacare – doubles down on the link between employment and health insurance by mandating that large employers offer benefits or pay a penalty. Critics of Obamacare, which requires that all insurance plans cover ‘essential health benefits’ and caps just how much employees can contribute to their own coverage, fear that 43 million American workers will lose access to employer-based health insurance as a result.

Pressed for answers and unwilling to discard benefits packages used to attract and retain top-notch talent, US employers are not only asking questions of themselves, but to employees within earshot who might be contemplating serious, but routine elective surgeries.

Employees, who have already witnessed healthcare costs shift their way don’t need much prodding. Consider that a US employee’s share of premiums increased nearly seven percent, to $2,974 on average, this year. What’s more, out-of-pocket costs also increased. The total employee cost share climbed from 34.4 percent in 2011 to 37 percent in 2014. Ultimately this means that US employees now pay more than $100 more each month for health insurance than they did just three years ago, according to a Towers Watson survey.

Softening painful realities
If those figures sound painful, European hospitals are positioning themselves to soften the blow by offering comparable procedures and treatments at rates lower than those available in the US. In 2011, 82,854 foreign patients were treated in Germany on an inpatient basis and about 123,000 on an outpatient basis. For German hospitals and doctors, medical tourism pays off in annual revenues to the tune of roughly €1bn, according to the German National Tourist Board.

More hospitals are looking to soften tough economic times and fill beds by extending their market shares overseas. Istanbul Memorial, like other facilities in Europe, has made great strides in maintaining what is good about its existing healthcare systems while focusing on areas that need improvement. The hospital, a member of the Medical Tourism Association (MTA), is among a number that have achieved Joint Commission International accreditation, the so-called ‘Good Housekeeping’ seal for more than 500 public and private healthcare organisations, spanning some 80 countries.

It’s not like medical tourism is a foreign endeavour for European nations to contemplate and pursue. Central and Eastern European countries have long been known for natural spa and wellness resorts, which date back to the 18th century.

Moreover, Americans are not the only health-conscious shoppers in Europe. The cross-border directive of the EU is designed to improve patient access to medical care across the continent. In fact, medical tourism has been a financial windfall for the UK’s National Health Service, contradicting many assumptions behind the government’s plans to clamp down on foreigners abusing the system. According to researchers at the London School of Hygiene and Tropical Medicine and York University, 18 hospitals – those deemed most likely to be making money from overseas patients – earned €52.9m in 2010. Their report found that medical tourists spent an estimated €276m on hotels, restaurants, shopping and transport in Britain.

The researchers also showed that more people leave the UK seeking medical treatment abroad than arrive for care: about 63,000 people from the UK travelled to hospitals and clinics abroad in 2010, but considerably fewer, about 52,000 people, visited the Commonwealth.

Winning ticket
Blue Lake’s bundled benefit plan includes medical, dental, vision, pharmaceutical and wellness coverage. A few years ago, it added a medical tourism component to its plan. Not one employee at the hotel and casino had been willing to take a chance on a procedure overseas, until Ryan agreed to roll the dice.

Jack Norton, the human resources manager who introduced medical tourism to Blue Lake coverage plans, knew of Clinique de l’Union – the 531-bed surgical and obstetric facility in Toulouse, France – through his partnerships over the years with the MTA. Considered among the leading private hospitals in Europe, it provided the advantages to both patient and employer regarding health travel.

Last year, Norton travelled to France to get a first-hand look at the clinic’s operations. When he got back to work, he schooled Ryan on the possibilities. Ryan did his homework. He was comfortable with the quality of services and the chance to revisit a country he had once travelled was pivotal. It didn’t hurt that his sister-in-law, who would accompany him and his wife, was fluent in French.

Once Ryan was convinced, Norton sought the assistance of France Surgery, a local medical tourism company in Toulouse, which helped arrange medical and travel logistics with the hospital and hospitality entities.

Now, Ryan is back home on the job at Blue Lake Rancheria following a 21-day trip to France, which included successful rotator cuff surgery, post-op recovery, aftercare, sight-seeing in south-west Europe and 50 percent off the $32,000 cost his employer would have had to pay for the procedure in the US.

Norton says the trifecta – elevated quality and outcomes, price value, and travel experience in France – was a tremendous payoff and an opportunity that proved to be a winning ticket for both employer and employee.

Providing health-insurance benefits to workers like Ryan remains integral to employee retention at home for American companies, but rising costs have made this incentive a challenge. For many US employers, the healthcare landscape has never been more difficult to navigate. But, in an ironic twist, more than a few medical tourists are charting a new course in accessing quality and affordable treatments. Who would have thought? For much the same reasons their forefathers departed the old world, Americans are travelling to Europe with a similar thought in mind – opportunity.