How to implement a global expansion strategy: a case study

Companies should always be looking for opportunities to expand internationally, but it is equally important to conquer the local market first 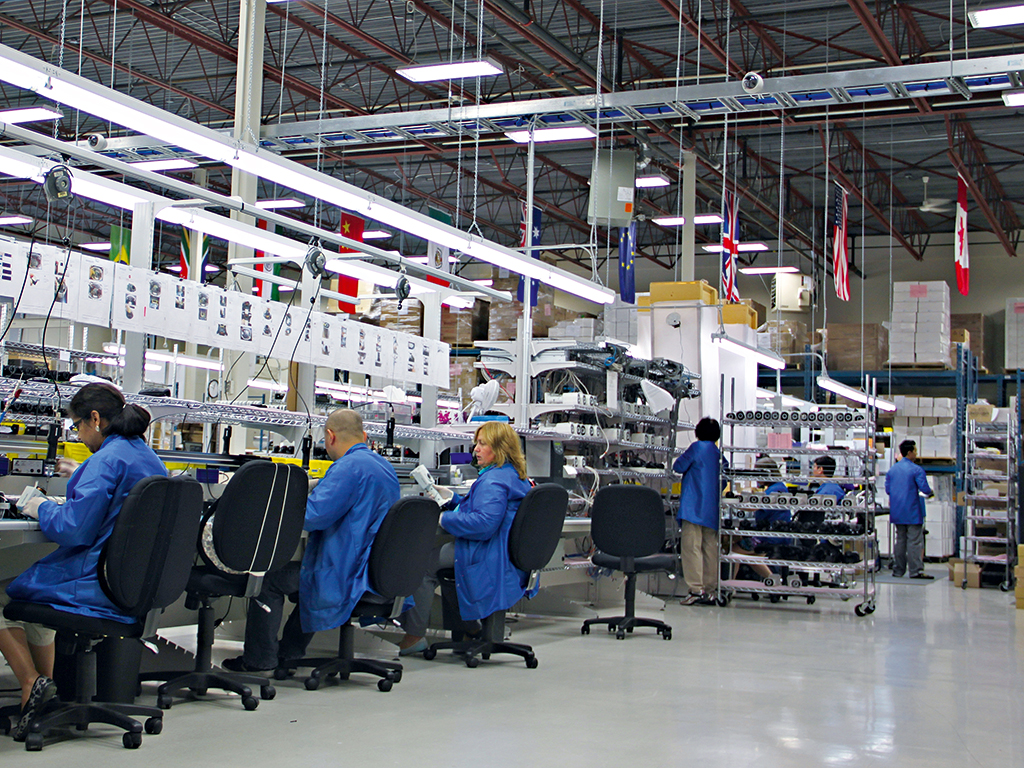 Global success is not an accident. Companies that consistently penetrate new markets and countries tend to be strategic, meticulous and logical in their approach. Sure, good fortune and favourable circumstances can certainly factor into a company’s international growth, but when it comes down to it, it really is just about having a solid plan, sticking to it and executing it well.

We were able to create an innovative end-to-end HD surveillance solution that delivers superior image quality, has a user-friendly interface and is cost-effective. With so many industries that could benefit from HD surveillance, there was not only a market for it locally in North America, but also a tremendous opportunity to eventually expand our client base overseas. The question now became: how do we expand globally?

We crafted a detailed plan of how Avigilon was going to penetrate the global economy and today, Avigilon is a profitable, publicly traded company that sells high-definition surveillance solutions in over 80 countries across the world. This is how we did it.

Thinking big
People in other countries have similar needs to people in your home country so why limit yourself? For Avigilon, selling our products globally was always part of the plan. Every company that I’ve been involved with in the last 25 years has had a global outlook, so it was always in my psyche to think big and go outside my borders. The majority of the business for the first company I founded, QImaging, was outside of Canada. And although we were successful and profitable domestically, Canada alone wasn’t big enough to support large-scale opportunities.

A focus on expansion

Amount of time it took Avigilon to turn a profit

Canada represents less than two percent of the world GDP. In Avigilon’s case, if we stayed local we would have been essentially cutting off 98 percent of our addressable opportunity. In order to maximise revenue, business leaders need to think internationally and build products or services with a global perspective from the onset. This frame of mind will open an organisation up to new opportunities. Focusing solely on a local market will result in products or services that will only resonate with a single audience, making it difficult to take a product or service abroad.

While it is important to think and plan globally from the get-go, business leaders must first focus on succeeding in their primary market. There is no sense in reaching out internationally with untapped local territory. Global expansion should move in a controlled, logical progression. At Avigilon, we simplified our global growth by breaking things down and focusing on low-hanging fruit – the items that were easiest to tackle – first.

As a Canadian company, we were eligible for Nafta and it made sense to develop our North American market first. However, we included the UK in our initial plan because of our common language and similar common law.

Our strategy proved to be a success. We were fortunate to be profitable within our first 18 months and were able to expand quickly. When expanding globally it is important to be financially stable with a positive cash flow, or at the very least, have solid financing. A good base of business and sustainability are a necessity before venturing into new territory. When a company has difficulty in its native market, often it will have an even harder time abroad and this can be a recipe for disaster.

Global growth
With the success in our initial key markets, we started planning for our next phase of growth. We used our presence in the UK to expand into continental Europe and at the same time started to expand into Latin America, the Middle East and Africa.

It is important for CEOs to progress gradually. Global expansion will not happen overnight

Focusing on low-hanging fruit is a formula that works for any global company – regardless of location. When it comes to global expansion, my rule of thumb is to save the most challenging markets for last. For example, European entrepreneurs with established roots in the EU countries should look to other EU countries before North America because of their proximity. The products and services a company offer will help determine strategy and focus efforts. It is important for CEOs to progress gradually. Global expansion will not happen overnight.

When moving into new territory it is inevitable that practices and procedures will be unfamiliar. Most countries also have their own sets of laws and regulations regarding importing and conducting business. Language and cultural challenges can also be a distinct barrier. To face these challenges, we hire locally when treading into new territory. These local experts understand the laws and business practices, as well as the culture and language in their particular region, and can offer a unique perspective to doing business in the country.

With Avigilon, this practice has proved to be a success time after time. Employing local representatives in foreign regions who are multifaceted and immersed in the local market has put us ahead of the competition and continues to advance our global expansion. These regional experts provide assistance with things like importing the local product, implementing local technology support, translating and assisting with building a team out in their region. The face of our brand in countries around the globe, these experts help us bridge the gap and delve into areas we might otherwise not have been able to access.

Don’t stop
Despite our rapid global success over the past half-decade, there is still plenty of room to expand into new regions and capture more of a market share in ones we have already established. We will continue to expand internationally and carry out the growth strategy as outlined.

The markets we serve are certainly very large, and although we earned over $100m in revenue last year, that equalled to a mere one percent of the global market. As a result, we have many opportunities for expansion and a number of untapped markets to explore. For markets we already have a presence in, we plan to increase our concentration and hire accordingly to build our volume. With our growth plans in place, Avigilon will take the world and break each territory into sub-territories to maximise our coverage. That’s our strategy on a global scale.