By pioneering the combination of facilities and energy management, UAE-based Emrill Services is showing how the industry can change for the better 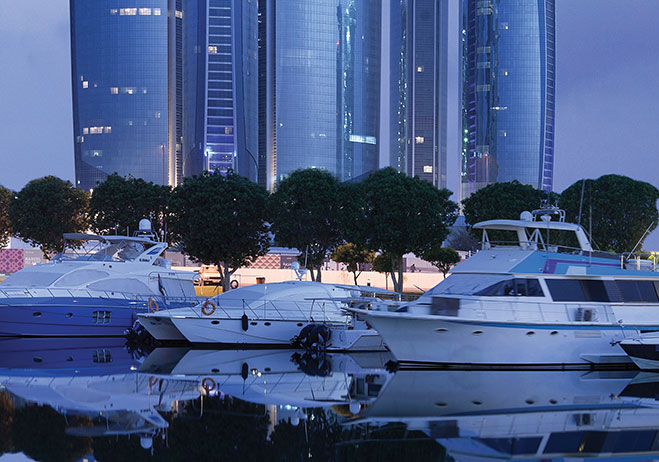 The days when a single caretaker managed buildings are a thing of the past, with much more advanced services needed to maintain and manage business’s facilities. While an industry has developed in recent years, it is still relatively young and there are few global players that dominate. There has also been a distinct lack of planning in how buildings are managed on a day-to-day  basis, especially with such high levels of energy consumption.

In the rapidly growing Middle East market, expertise is required to ensure that businesses use their buildings in the most efficient and strategic way. One firm, United Arab Emirates -based Emrill Services, has been pioneering the way in which facilities are managed by integrating energy management services into its offering. The company’s achievements have seen it named European CEO’s Best Facilities Management Company for the Middle East. We spoke to Managing Director Ben Churchill about the business, and how this relatively young market needs to change in order to meet the needs of businesses today.

Maturing market
“It’s an industry that’s maturing at the moment. Emrill was formed ten years ago and in a much less mature industry,” says Churchill. “Dubai is a very different market to Abu Dhabi, but both are ahead in terms of maturity compared to other regional markets like Saudi Arabia or Qatar.”

The industry in the UAE has also seen a rise in regulations, much more so than in other parts of the Middle East. Churchill says it is vital for creating the behavioural changes in businesses: “The market in the UAE has recently gone towards a more integrated outsourcing with a wider scope. There’s been more regulation coming in, particularly when it comes to joint ownership, to allow the individual owners to have more of a say. I support well-structured regulation, particularly when it creates the environment around things like energy and sustainability.”

The company was founded in 2002 with the intention of helping develop a high quality facilities management service in UAE. As the region rapidly expanded, so too did Emrill, experiencing steady growth in its initial years. However, after the economic downturn in 2008 the company began to plateau, following in the appointment of Churchill in 2010.

He set about a radical restructuring of the business, from the ground up, that has led to success with leading brands such as Etihad Airways: “We had a period of transformation of the business from the ground up, refactoring how we deal with people and systems. There have been a number of landmarks through that, initially winning work through high profile contracts. Whether that be the Princess Tower [in Dubai], the world’s tallest residential tower, or more recently a contract we’ve had with Etihad Airways, which has been fantastic. We were able to demonstrate that there was no one else in the market that could bring what we could bring.”

Churchill says he was attracted to the industry because of the sheer scale of its importance to country’s GDP: “I find it a fascinating industry. It’s five percent of GDP in a developed economy, believe it or not. So it’s a really big industry, but it’s relatively young.”

He says that the trends he’s seen since joining the industry are towards more long-term contracts, as companies want to plan further ahead and are also more focused on quality of service: “We’ve seen quite a lot of work recently where contracts, which used to be two or three years, are now five plus years. We’re seeing a much broader view of outsourcing. We also see particular value being put on quality of service, which suits us very well because we operate in the high quality segment.”

Energy boost
A key part of this restructuring was a focus on energy management, which until recently had not been factored into traditional facilities management. The company last year founded Emrill Energy Services, a collaboration with Crowley Carbon and Carillion Energy Services. Churchill is hugely enthusiastic about the potential for this aspect of the business: “I think it’s a complete game-changer in the industry, and the start of something where we can really make a difference.

“People are seeing the long-term value we can bring to their assets, and particularly in the energy space. The cost of operating a building, a significant part of it is energy, which is much higher than the cost of facilities management.

“Approximately 40 percent of carbon emissions are from buildings. To put that in context, less than five percent is from air travel. The impact of the industry is enormous, and I think this drive towards energy-driven facilities management is going to be ever increasing. The industry can make a material impact on the environment and the economic problems that go with it.”

Emrill has led the way in the UAE by integrating energy management into its service, which benefits both the client and the end user of the building: “We’ve certainly [been pioneers] in this market space. I haven’t seen anyone else offering it in this form. Our energy driven facilities management proposition is about knitting all of that together within the entire ecosystem of operating a building.”

Such has been the success of the last few years that Emrill has secured some impressive contracts, including Masdar Clean Energy City, Index Tower, Abu Dhabi’s World Trade Centre and Etihad Towers. The company recently announced a five year contract with Etihad Airways, something Churchill feels is vital for raising the profile of the firm: “Etihad Airways are a global brand and they position themselves as a really high-end experience. They wanted a partner that reflected their brand values, and the recognition we’ve got from that has been really wonderful. We’ve won a tremendous amount of work in Abu Dhabi recently, and part of that I think is people are saying that if Etihad – probably the most premium brand in Abu Dhabi – are working with Emrill, then maybe we should.

“It really has cemented our reputation. One of the most rewarding parts of all of this is that our own employees can see that their efforts are leading to success and partnering with something special.”

Broadening horizons
The company plans to take an opportunistic approach to the future, and will only expand into other markets when the time is right. However, as it secures contracts with large businesses, the opportunities to grow beyond the UAE increase: “We are now dealing with clients that do have a footprint that’s wider than the UAE, and we’ve spoken to them about at least providing advice and support in their other territories. You never know where that might take us.”

Churchill says that he is keen to foster a diverse and forward-thinking working environment, and highlights the many nationalities that work at the firm. He is also keen to help his employees develop their skills: “The fundamentals of this business are about service delivery, and creating an environment where people can be the best that they can be. You can have the best technologies in the world, but if you don’t create the right cultures for people to be able to deliver then it’s all wasted.”

Another crucial aspect of the business is Emrill’s ability to meet client needs – something he is confident in: “As long as we’re behaving in the ways that we value, which is about open collaboration with the clients, then the relationships can be built for the long term.”