The inaugural season of F1 took place in 1950 but the sport of motor-racing was by no means slow on the uptake before then. We take a look at the events that lead up to this change, commencing 1920s 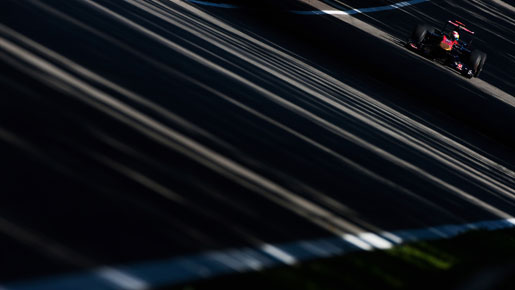 Motor racing is one of the most expensive, exclusive and lucrative sporting events in the world. Sponsorship deals, ultra high-technology and squeaky clean drivers are the order of the day. Some argue that the races we tune in to see aren’t particularly exciting. Some have even gone so far to say that they’re motorised parades. However, in 1904 the sport we now call Formula One was born. It was a comparatively simple affair but to keep things neutral the not-for-profit Association Internationale des Automobile Clubs Reconnus (AIACR) was established to stand up for the interests of automotive organisations and car users.

1920s
In the late 1920s things were changing. Purpose built circuits were being built all over Europe, most famously the Italian Autodromo Monza, which was completed in 1922. It took a mere 110 days to build – this may have been helped by the 3,500 workers employed to create it, though. At its inaugural race 100,000 spectators came to watch, but many of the manufacturers scheduled to compete pulled out making it something of a Fiat parade. In the very same year that the AIACR delegated organisation of races to the Commission Sportive International (CSI), meaning motorsport had its own organisational body for the first time.

Three years later new road circuits were being created; including Belgium’s now legendary Spa-Francorchamps. As a result of the new tracks the first World Championship races were organised to take place in France, Italy, Belgium and Indianapolis. However, that was the 1920’s Grand Prix high point – spiralling costs caused most manufacturers to ditch their race research.

1930s
At the 1933 Monaco Grand Prix a major regulation change took place. Rather than the grid positions being drawn from a proverbial hat, entrants’ positions were determined by a timed qualifying session. It was also the same race where cars were painted according to national colours. So Britain was British Racing Green, France was blue, Red indicated an Italian racer, the Belgians had yellow cars and the German cars painted white.

However in 1934 the AIACR imposed a weight limit. A car had to weigh 750kgs without driver, fuel or oil. Engines could be any size though. The AIACR also decreed that races had to last at least 500km. Controversially (at least with 20:20 hindsight) Hitler’s Germany sponsored two teams – Mercedes (during the season the Mercedes cars were 1kg overweight – at which point they were stripped of their paint. The exposed metal led them to be called the ‘Silver Arrows’) and Auto Union (who, headed up by Ferdinand Porsche, fielded a V16 mid-engined car). With both teams sharing a yearly grant of 450,000 Reichmarks they were able to use the latest materials and technology to gain the upper hand. Because of weight regulations it was widely believed that a two-litre engine was the most you could fit into a racing car. The Germans (and their large bank account) managed to squeeze a four litre monster in there. Predictable wins followed after a few technical hiccups.

That was until the 1935 German Grand Prix. Hitler was there to see his teams roll to victory while Nazi officials and 300,000 fans cheered on. Both Mercedes and Auto Union were on fine form with talented drivers ready to win. Legendary driver Tazio Nuvolari was not one of them. He had hoped to race with Auto Union, but his seat was given away to another – German – driver. Understandably upset at being snubbed he found a seat in a modified Alfa Romeo P.3 – which was around 100bhp down on power compared to the German cars. Despite a great start, Nuvolari was left for dust by the Germans… until the tenth lap. Thanks to some truly outstanding driving he was in the lead. Despite some pitstop woes pushing him into sixth place, by the final lap Nuvolari found his way to second place – a faster German car was ahead and aware of the Alfa’s devastating pace. Both cars were being driven on the limit, but the German racer pushed too hard and crashed half a lap from the finish and handed Tazio the victory. Herr Hitler was not pleased.

The following year saw both Mercedes and Auto Union return with more powerful machines. Both had in nearly 600bhp (more than twice the AIACR thought the cars could produce) and their competition simply couldn’t match their prowess on the track. That was until 1938 when Auto Union team legend Bernd Rosemeyer was killed attempting a world speed record on the Frankfurt- Darmstadt autobahn. The team was never the same following his death.

Soon after, the AIACR altered the formula offering teams to enter with a 666cc – 3000cc supercharged engine or a 1000cc – 4500cc naturally aspirated one. A sliding scale of weight regulations was added – cars had to weigh between 400kg and 850kgs depending on how large the car’s engine was. The two state sponsored German teams took the challenge and retained their dominance of the sport. Alfa Romeo, however, decided to leave the main races and join the Voiturette (what would become Formula 2) classes, where Mercedes was waiting for them.

Not long after the formula changed World War Two broke out and halted mainstream racing. There were a few Voiturette races in Italy in 1940. After the war there were a limited number of races. German drivers were not allowed to participate in them, or allowed to apply for an international race license. However, German teams could compete with drivers of other nationalities. There was another problem though. The majority of Europe’s race tracks had either been bombed or abused during the war – making them unraceable.

1940s
A new type of race was needed – Alfred Neubauer of Daimler-Benz fame opined that a formula was needed, “to bridge the gap between the difficult war years and the time when firms building racing cars would once more have settled down”.

The following year there were only four races – pre-war cars were scarce (though some had been hidden in a cheese factory for the duration of the conflict) and to build new cars special permission had to be sought out. In    the same year the pre-war AIACR was reborn as the Fédération International d’Automobiles (FIA) to oversee the sport on an international level.

It decided that in 1947 teams could enter either 1.5-litre supercharged or a 4.5-litre naturally aspirated car – this caused a ratio of 3:1 in favour of supercharged racers.

1948 saw Ferrari enter its own car. Having previously provided engineering skills for the Alfa team, Enzo Ferrari promised not to enter the sport officially until four years had passed since their collaboration ended. And we all know how Ferrari’s involvement in F1 is going…

There were no weight or body width limits and there was a selection of fuels for either type of car to use, provided by the race organisers. There was also a distance limit change – the races had to be at least 300 kilometres or a minimum of three hours long.

The FIA commissioned another formula – a series for naturally aspirated two-litre cars or 500cc supercharged cars. The Formulae were initially known as A and B, but Formula 1 and Formula 2 were colloquially adopted.

1950s
The new Formulae weren’t adopted until 1948 – at which point Formula One as we (sort of) know it was born. In 1950 the FIA held the first Formula One world Championship starting on May 13 at Silverstone. It was won, predictably, by an Italian…