Despite the lifting of Iran’s nuclear sanctions, Europe’s banks are cagey about entering the country, having been severely reprimanded in the past, writes Tom Bailey 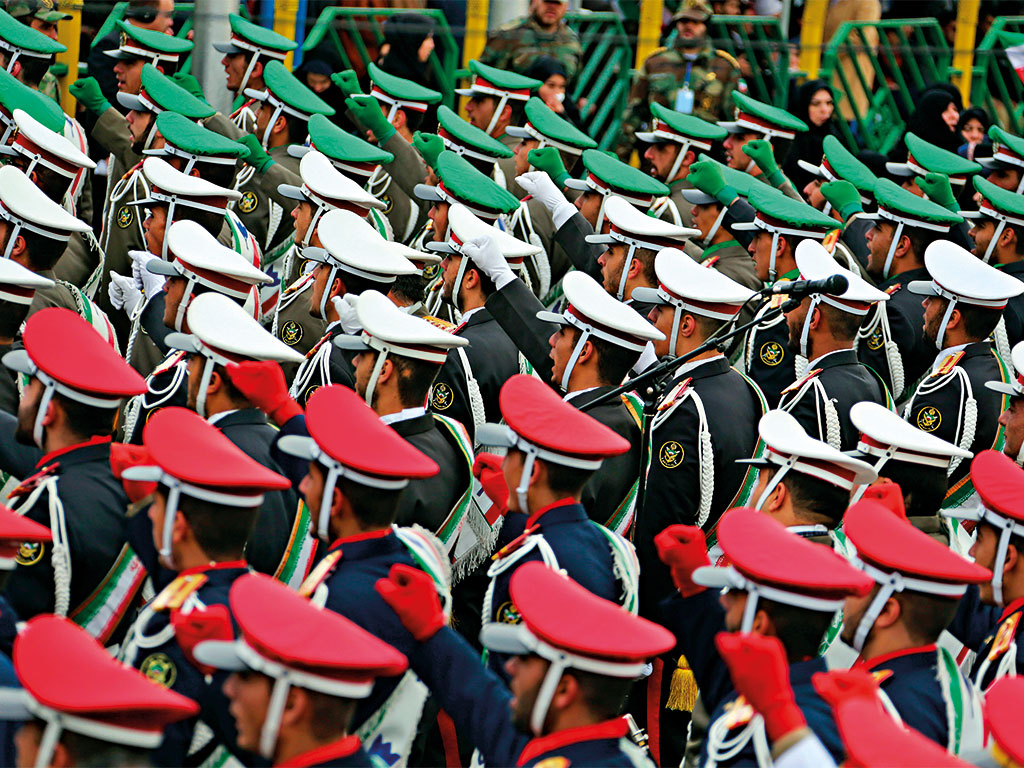 The removal of nuclear sanctions over Iran has caused much fanfare among businesses hoping to return to this market, particularly in Europe. For the continent’s banks, however, re-entering the Iranian economy is a much more cautious affair. Despite the bulk of sanctions against Iran being lifted, some remain in place. Fear of transgressing these remaining sanctions has meant that the reception of the news among European banks has been less than enthusiastic.

European banks are still reeling from penalties imposed by US regulators for previously violating sanctions against Iran. As a result, many are wary of getting too involved with post-sanctions Iran, lest they fall foul of the remaining restrictions. Furthermore, with the perception that their previous sanction violations in Iran harmed their image, banks are also wary of dealing with Iran again for fear of further reputational risk. This reluctance puts the much-hoped-for flourishing of business between Europe and Iran at risk.
Since 2009, approximately a dozen banks, primarily European, have been slapped with fines by regulators for violating US sanctions that barred business dealings with Iran, with the collective fines running into the billions of dollars. In 2015, Deutsche Bank, Germany’s largest bank, was hit with a fine in excess of $250m for violating sanctions in both Syria and Iran, with the penalty requiring it to give $200m to the NYDFS and $58m to the US Federal Reserve. Between the late 1990s and mid 2000s, the German bank was said to have concealed 27,200 dollar-clearing transactions worth more than $10bn, to get around
US sanctions.

European banks are still reeling from penalties imposed by US regulators for previously violating sanctions against Iran. As a result, many are wary of getting too involved with post-sanctions Iran

BNP Paribas, the largest bank in France, was hit with a staggering fine of $9bn for violating US sanctions in 2015. “Between 2004 and 2012”, said US Attorney General Eric Holder in a press conference after the bank’s conviction, “BNP engaged in a complex and pervasive scheme to illegally move billions through the US financial system.” Credit Agricole was also hit with a fine totalling nearly $800m by US authorities, after it agreed to enter into a deferred prosecution agreement for violating sanctions against both Iran and Sudan. Other European banks hit with prosecutions include Britain’s HSBC, which paid $1.92bn to regulators for numerous violations that included doing business with Iran, as well as Barclays, Commerzbank and Credit Suisse.

Treading lightly
With the outcome of their previous sanctions violations only recently being concluded for many banks, it is no surprise that they are moving cautiously. Most banks previously guilty of violating sanctions seem to be keeping Iran at arm’s length for the time being. A recent investigation by The Guardian found that of the 10 major banks the newspaper approached to enquire whether payments to Iran were now possible through them, “a majority were unwilling to disclose whether they had plans to deal with Iran”. However a number said that they would not be making any changes to their existing policy. Speaking to The Guardian, a spokesperson for Deutsche Bank said that the bank “will, for the time being, stick to its decision of withholding from doing business connected to Iran”.

US officials have assured European businesses that Iran’s economy is back open for business. However, the sanctions lifted are only those that were put in place relating to Iran’s nuclear programme. A number of other sanctions remain. The US Treasury Department has designated the Iranian financial sector itself as a key source of terror funding and money laundering, relating to Iran’s funding of militant groups in the Middle East, including Hezbollah in Lebanon. In particular, there are fears around opaque business interests in the country. The Iranian Revolutionary Guard Corps (IRGC) is also designated as a terrorist entity by the US. Despite the IRGC being a branch of Iran’s armed forces, their role in Iranian society extends far beyond security. The IRGC holds sway over vast swathes of Iranian life, from holding seats in parliament, to holding interests in large sections of the country’s economy.

However, the parts of the economy that members or affiliates of the IRGC own are held through trust ownership schemes, which, as of yet, European banks have been unable to decipher. The fear is that if European banks engage with Iran once again, they could inadvertently end up doing business with members of the IRGC, which would constitute a violation.

The risks for many European banks are too great. Not only would the legal implications be heavy, so too would the damage to their reputation. With images already damaged by violating sanctions previously, finding themselves – even accidently – to be financially involved with the IRGC would be a disaster. Any potential profits are, perhaps, not worth the risk of the fallout of any further sanctions violations. Furthermore, there is also the risk that being involved with Iran could put European banks’ business interests in the US in jeopardy, making it harder to operate there. A new visa law for the US makes entering the country tougher for anyone who has visited Iran within a set period of time.

Prize catch missed
When negotiations over Iran’s nuclear programme finally made a breakthrough in the summer of 2015, jubilant Iranians took to the streets of Tehran to celebrate. Along with the looming threat of military confrontation dissipating, the long-suffering Iranian economy was also soon to be open for business. As a result, Iranians were not the only ones celebrating. The news was also welcomed by European businesses, hoping to find a new market in which to invest. In the run-up to the sanctions officially being removed, European businesses scrambled to make the most of the opportunity. It was reported by German publication Der Spiegel in 2015 that “there are so many Germans coming to Iran [for business] that the German Embassy in Tehran has cancelled practically all employee leave since July”.

Not since the collapse of the Soviet Union has such a large and relatively rich economy been reopened to the world market and international investors so suddenly. Iran has a population of 80 million, constituting a vast untapped market, while sanctions have led it to need a number of infrastructure and technological upgrades, including modern aeroplanes and airports. As The New Yorker noted: “Iran is a prize catch for Europe, with its sagging markets.” However, this prize catch may turn out to be elusive. Any boom in business will require the input of the financial sector, as well as an increased transferring of funds between Europe and Iran. Yet, with the reluctance of European banks to engage with the Iranian economy, progress may continue to stall for the time being.