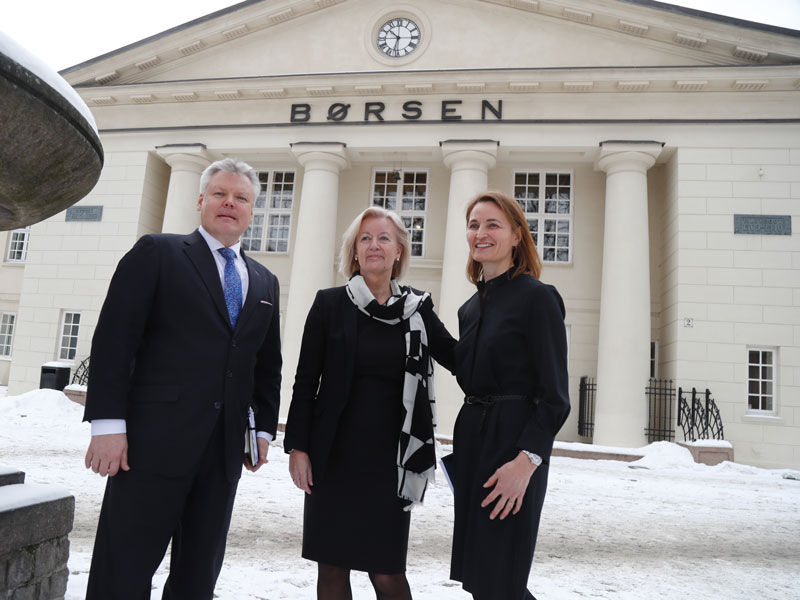 On January 30, US stock exchange operator Nasdaq agreed a $770m deal with the board of Oslo Børs to purchase the Nordic region’s only independent stock exchange. The offer trumps a competing bid from Franco-Dutch Euronext.

The deal would bring Norway into Nasdaq’s group of fellow Nordic exchanges that already includes those in Denmark, Sweden, Finland and Iceland.

A Nasdaq press release confirmed the deal: “Oslo Børs VPS’ Board of Directors and executive management team have unanimously decided to recommend that its shareholders accept the offer and do not accept the offer from Euronext.”

Nasdaq, the world’s second-largest stock exchange by market capitalisation, agreed to pay NOK 152 (€15.66) per share; above the NOK 145 per share that Euronext had offered shareholders. Nasdaq has also vowed to match Euronext’s pledge of an interest payment of six per cent a year on the offer price until the deal is concluded.

Norway’s Ministry of Finance will now decide between the two competing bids after considering the Norwegian Financial Supervisory Authority’s advice. The board of Oslo Børs claimed Nasdaq’s offer would “provide a better industrial and strategic solution for the Norwegian capital market”.

Choosing between the two offers remains complicated. While Nasdaq asserted that it has received “irrevocable pre-acceptances of the offer from shareholders representing 35.11 percent of the total shares of Oslo Børs”, Euronext also said late last year it had secured the backing of 50.6 percent of the firm’s investors.

Towards the end of 2018, Euronext became the majority shareholder of Oslo Børs without the Norwegian exchange’s awareness, after a group of shareholders with a 45 percent stake in the company collectively auctioned their holdings. In response, Oslo Børs’ board sought to generate other bids.

If Euronext does lose out to Nasdaq, it will come as a major disappointment given that the purchase of Oslo Børs appeared to be largely agreed. Opportunities to acquire major exchanges do not come around often, with shareholders or competition regulators often standing in the way.