Dopamine fasting might improve productivity – but the evidence remains inconclusive

Dopamine fasting – Silicon Valley’s latest wellness trend – involves avoiding all stimulation in order to improve focus and boost productivity. While there is evidence that it could be beneficial, it may still be little more than a quick fix 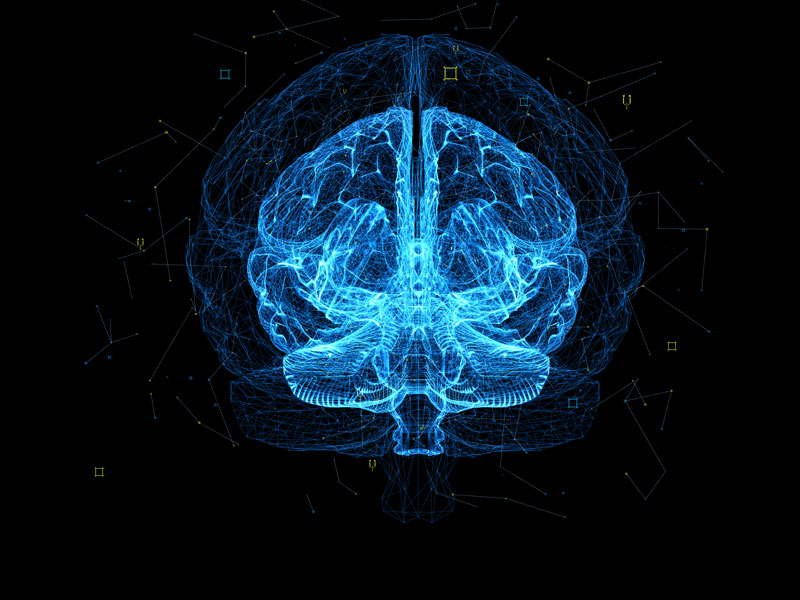 Dopamine is the brain’s way of signposting an action we enjoyed and providing us with a context-dependent memory so we can do it again. This means it’s as connected with learning and socialising as it is with hedonistic behaviour
Featured

Silicon Valley’s venture capitalists and tech founders are infamous for going to extreme lengths to reach peak performance. Fads to hit the headlines have included ice baths, LSD microdosing and three-day fasts. The valley’s latest craze has been no less controversial.

It all started with a tweet by bioengineer Janey Muñoz. “Today was my first day in [San Francisco] since moving here,” she wrote, “and I ran into someone from my [Y Combinator] batch who told me he was on a ‘dopamine fast’ and thus had to cut our convo short (lest he acquire too much dopamine).”

In an instance of the Bay Area being very Bay Area: today was my first day in SF since moving here, and I ran into someone from my YC batch who told me he was on a “dopamine fast” and thus had to cut our convo short (lest he acquire too much dopamine)

A dopamine fast involves avoiding stimulants that give you a dopamine hit – such as social media, sex and junk food. Some abstain for just a day; others recommend going for 40 days to see the full benefits. The term was popularised by Cameron Sepah, whose article describing the fad has racked up more than 140,000 views on LinkedIn. But Sepah insists that dopamine fasting doesn’t mean forgoing all of our enjoyable habits – only specific ones. “The point of dopamine fasting is not to encourage monasticism or masochism,” he wrote. “Fun, enjoyment and aesthetic appreciation are an important part of life.” But if Muñoz’s tweet is anything to go by, not everyone seems to have got the message: start-up founder James Sinka told The New York Times in 2019 that he had started avoiding eye contact because he enjoyed it too much.

Proponents of dopamine fasting argue that it offers them mental clarity and improves their focus. They also claim that those who stand to benefit from it the most are CEOs and business executives, whose stressful lifestyles make them susceptible to unhealthy habits. But behavioural psychologists aren’t sold on the idea.

It’s a pleasure
When we anticipate that a reward is on the horizon – for example, when someone opens a packet of doughnuts and offers us one – our brains are flooded with dopamine. Because of this, it’s often referred to as the pleasure chemical, but this isn’t strictly correct. Dopamine is the brain’s way of signposting an action we enjoyed and providing us with a context-dependent memory so we can do it again. This means it’s as connected with learning and socialising as it is with hedonistic behaviour.

By rewarding us for actions we enjoy, dopamine plays an important role in helping us form constructive habits. Wendy Wood, provost professor of psychology and business at the University of Southern California, has recently published a book on habit formation, titled Good Habits, Bad Habits. Wood suggests that 43 percent of everything we do is habitual, and this is mostly a good thing. “When writing my book, I formed a habit of sitting at my computer every morning,” she told European CEO. “I didn’t have to struggle and waste energy and thought on whether I was going to write that day. I just did it. The creative part of writing, well, sometimes that worked and sometimes it didn’t. But it was made possible by my habit.”

Going cold turkey
However, dopamine plays just as important a role in reinforcing bad habits. Every time we feel the urge to check Facebook or Instagram, we’re chasing a hit of dopamine. David T Courtwright, author of The Age of Addiction, argues that, as companies have gained a better understanding of how our brains work, they’ve become more adept at exploiting our desire for instant gratification. “You have traditional commercial vices like pornography or alcohol or drugs that are available through the internet, but you also have internet-linked mobile devices that themselves come to function like gambling machines,” he told Vox. “You’re constantly getting messages, you’re concerned about likes, you’re wondering about the latest post, you have this fear of missing out.” As a result, the average person spends 2.42 hours a day checking their phone. Many have become so concerned by the impact this time sink could have on their productivity and mental health that they’re advocating digital detoxes and digital minimalism.

Out of this trend, dopamine fasting has emerged. Its enthusiasts believe limiting their exposure to social media could be the key to improving productivity. So far, studies into the relationship between phone use and cognitive function have produced conflicting results: some have found that phone use shortens our attention span, while others have found no correlation. But there may be some truth to the idea that periods of rest and reflection could improve our focus. One study found that people who had just completed an extremely boring task performed better on an idea-generating task than peers who had just undertaken an interesting craft activity.

Force of habit
Sepah calls dopamine fasting “the antidote to our overstimulated age”. He argues that, by cutting out quick fixes, we could feel pleasure more intensely and with greater appreciation. Wood explained that repeating certain behaviours can dull the body’s response to them over time. “If you live next to a busy freeway, after a while, you probably stop noticing the car noise,” she said. “This is just our body’s way of maintaining some homeostasis… Keeping on an even keel.”

With this in mind, dopamine fasting might not be such a bad idea after all. It could help us enjoy the little things more and make us finally put down our phones. But there are still problematic aspects of the practice.

By rewarding us for actions we enjoy, dopamine plays an important role in helping us form constructive habits

First, the name itself is misleading. Dopamine is released when we feel tempted by something: even if someone resists eating a biscuit, as long as they thought about it, they’ll receive a shot of dopamine. This means that avoiding pleasurable activities alone doesn’t constitute a dopamine fast. Second, by referring to dopamine as something we should avoid, we risk placing too much importance on the role of neurotransmitters in our behaviour. For example, Forbes once wrote that dopamine was responsible for America’s gun addiction.

These concerns aside, dopamine fasting may not even be an effective way to change our bad habits. “Once habit memories form, they are very slow to change,” said Wood. “Some scientists believe that we never unlearn habits. So once you are done with the detox, your habit will still be activated automatically by the cues around you. You will be back to where you started. You might experience it a bit more intensely than you did before the detox, but even that won’t last long.” As such, dopamine fasting could actually encourage an all-or-nothing mentality that, far from helping us live more healthily, might push us towards overindulgence.

Dopamine fasting promises a quick solution to unhealthy habits but, unfortunately, there are no shortcuts. While it’s undeniably a good idea to curb habits that are getting in the way of our productivity, dopamine fasting takes it to a new extreme. By buying into Silicon Valley’s obsession with hyper-performance, we deny ourselves the chance to wind down, have moments of weakness and just be human.