With more and more companies announcing ambitions to achieve zero net greenhouse-gas emissions, the demand for voluntary carbon credits has boomed in the past year. Puro.earth co-founder Antti Vihavainen discusses why carbon removal, not offsetting, is the route to achieving net zero by 2050 – and how Puro.earth is the marketplace to do just that. 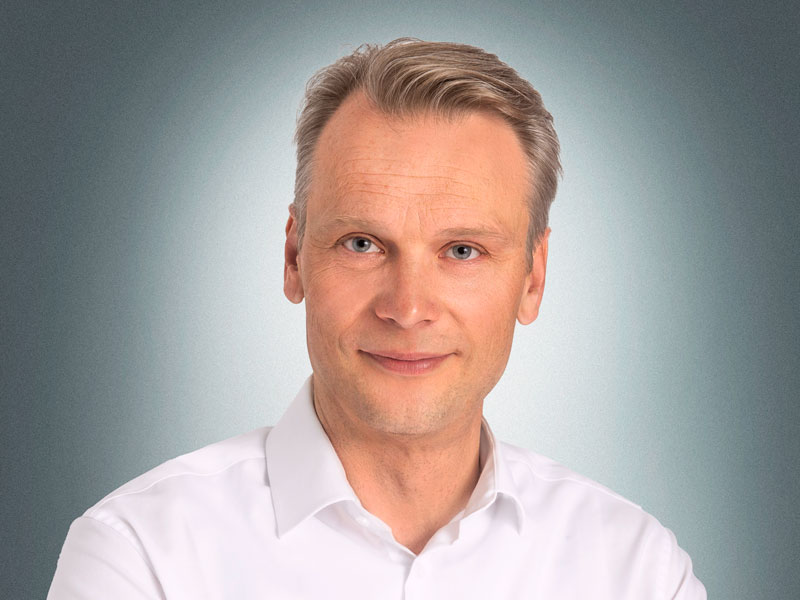 By September last year, the number of commitments to reach net zero emissions from local governments and businesses had roughly doubled, according to the UN.

This increase was driven in part by the Paris agreement, an international treaty on climate change adopted by 196 parties in 2015 to limit global warming to well below 2 degrees Celsius.

This has in turn led to unprecedented interest in carbon removal as a strategy to reduce the concentration of CO2 to complement ambitious emission reduction goals. It is this interest that Antti Vihavainen, co-founder of Puro.earth, the world’s first voluntary marketplace for verified CO2 removals, hopes will create a huge voluntary market for carbon removal credits to fund whole industries that lock away more CO2 than they emit.

Speaking about the initial idea for the business, Vihavainen recalls “It had been clear for a long time that global emission reduction efforts are not sufficient to curb the rise of CO2 concentration, and the situation was worsening year upon year.”

“We urgently need to start removing vast quantities of carbon dioxide from the atmosphere, and lock it away for the long-term, in order to stand a chance of keeping within 1.5 degrees of global warming.”

A workable model to scale up these businesses so that they could increase production of carbon net negative materials, and therefore remove carbon from the atmosphere, was missing.

Vihavainen pitched the idea to leading Nordic energy company Fortum, who brought on board the expertise of the then Innovation Manager, Marianne Tikkanen, and the competence of the trading desk to help devise a business model that would work.

The internal startup worked to create a coalition of 22 innovative organisations with experts from six countries, to device the governance, methodologies and rules for a B2B marketplace and most importantly, to create the very first carbon removal credit, the CORC (CO2 Removal Certificate).
The coalition also helped develop a rigorous verification process to ensure all carbon removal suppliers were legitimate, and deliver genuinely carbon net-negative benefits. Following a pilot phase during which the 22 companies tested the platform, the very first carbon credit transactions were made on Puro.earth in May 2019.

Since then, the company has attracted the attention of several global customers pursuing net zero and climate change strategies, among them reinsurance company Swiss Re and Canadian e-commerce company Shopify, both of which have publicly announced carbon removal via Puro.earth as a key part of their climate change and net zero strategies.

Joining them as a customer earlier this year was Microsoft, which one year ago announced its climate ‘moonshot’: an ambition to become carbon negative by 2030, and to remove from the environment all the carbon that Microsoft has emitted since the company was founded in 1975 by 2050.

Puro.earth will provide a portfolio of verified carbon dioxide removal tonnage to Microsoft from three suppliers on its platform, Carbofex, ECHO2 and Carbon Cycle, which remove carbon dioxide from the atmosphere through production of biochar, allowing carbon to be stored in soil for hundreds of years, while also helping to restore degraded soils and improving agricultural productivity.

According to Vihavainen, “Biochar is a methodology that offers huge potential for carbon removal, not least because it has so many commercial uses at potentially industrial volumes – for example, you might use it as a greenhouse additive, in soil regeneration or in wastewater treatment, all the while locking away carbon in a solid and stable form for potentially thousands of years. Our customers really recognise the value of this methodology in particular, and we’ve seen demand for biochar CORCs skyrocket in the past year.”

But there are many other solutions, dozens have already contacted Puro.earth to apply to the marketplace. Even though there is uncertainty with the more innovative solutions, if they are based on science-based principles like measured quantification (and not modelling), rigorous third party verification practices based on credible data trails, and laboratory and field testing of the permanence of carbon sequestration, the risks can be managed.

By the beginning of May 2021, Puro.earth has facilitated carbon removals trade with credits representing 66,000 tonnes of CO2 removals sold at a weighted average price of €47.

One of the key issues facing the carbon removal market is a constrained supply: there aren’t currently enough trusted, verified suppliers to meet the demand for carbon removal credits. “Despite the severe economic impacts of the pandemic, a huge number of companies have recently made science-based commitments to reach net zero emissions by 2030 and they will need carbon removal”, comments Vihavainen.

Puro.earth is addressing this issue by allowing buyers to make multi-year pre-purchase agreements with suppliers. These are future purchase contracts that enable a corporate to secure a supply of robustly verified negative emissions. “In our experience, suppliers with ongoing production can grow the volume of carbon removals by an average of 30% per year,” notes Vihavainen, “and the price of their negative emissions decreases by approximately 12% per year. It’s necessary that companies create a long-term portfolio of carbon removals to reach carbon net zero.”

“As seen in the global tech industry, demand drives innovation, and there are many brilliant businesses in our space working hard to meet anticipated demand. All of this is encouraging, but as the world is starting to realise, we are in a hurry to control the climate crisis. While the motors are gearing up, this is a nascent industry and much more volume is needed.”

Looking ahead, Puro.earth is planning to continue adding more verified methodologies as they emerge. The company recently launched the first-of-its-kind Geologically Stored Carbon methodology, allowing suppliers that capture and store carbon as a direct injection of CO2 into deep geological formations, as well as into oil and gas reservoirs, to access the marketplace if they pass the verification process. Its ambition is to create $300bn global market for carbon removal to address global warming by removing 10 gigatons of CO2 a year by 2050.

Importantly, for Puro.earth scaling up the industry has to be a joint effort. “No one can remove 10 gigatons alone, so our goal is to build an ecosystem with the help of corporations and investors to speed things up. We need to create the network effects needed to grow the entire market. We need advanced commitments for CORCs that will allow carbon removal operations to start new facilities and grow existing ones. We are running out of time, so we have to act now.”