With the advent of VR and the Metaverse, 3D imaging software companies such as Maarten Van Dooren's PixelPool are leveraging their experience in the field to transform customer experiences 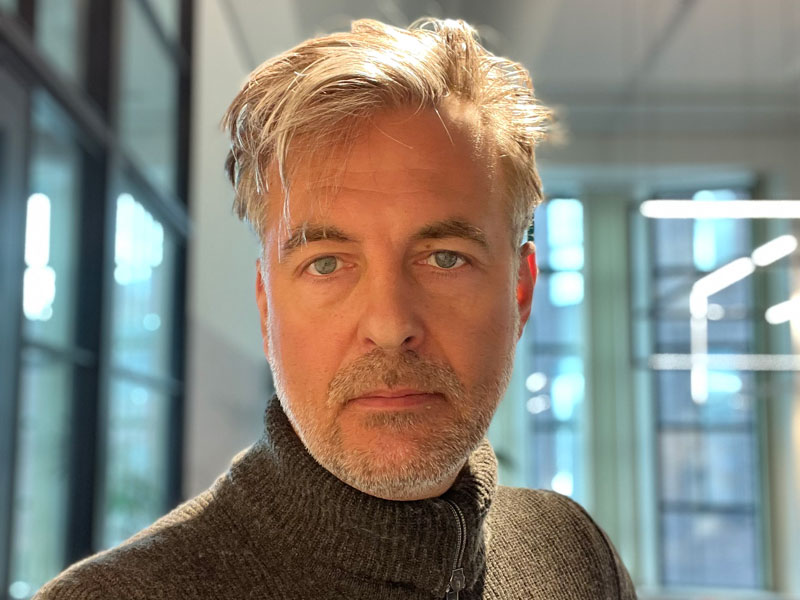 Life is what happened while Maarten van Dooren, the co-founder of successful 3D imaging software company, PixelPool, was busy making other plans. Starting out with dreams of becoming an architect, life landed him in the fashion world instead. That’s where PixelPool’s software tool, Dtail, finds itself today. It’s on the frontlines of revolutionising the industry — able to shorten production times, improve process efficiencies, and drive sustainability for major brands.

Van Dooren co-founded PixelPool in 1999 with Willem van den Hoed and has grown it to over 100 people across two continents while counting H&M, Levi’s and numerous other apparel and footwear companies as customers.

The guy drafting the windowsills
The path to PixelPool wasn’t straight for Van Dooren. “When I was around 15, I began making models of buildings at home and started thinking I’d like to be an architect, so I ended up going to Delft (University) to learn how to design buildings,” he says.

He took a job while at school and was a ‘pretty good’ draftsman starting as an assistant to the person doing the artistic impressions. Eventually this began taking up more of his time than school. “I got into the 3D visualisation work, by hand back then, but then started doing models in AutoCAD, a very common drafting program used by architects to make 2D and 3D drawings.

The evolution in technology took off quickly. Soon architects could render images of buildings and entire housing projects. This is where the seeds of PixelPool started for Van Dooren. “I didn’t feel I was a particularly talented architect and didn’t fancy being the guy on a project who is assigned to drafting the windowsills,” he laughs.

Additionally, for Van Dooren being away at university was a place he could explore parts of his personality he never had a chance to as a more serious kid. He set aside his studies, started a band, and soon after decided to pursue the startup he and Van den Hoed had named PixelPool, full-time. Very early on, Van den Hoed, who went on to focus on photography, gave the okay for Van Dooren to move ahead with the startup without him.

London calling
Fast forward to 2005. The team got a call from the Design Director EMEA of a major footwear maker who was based at the Dutch headquarters in Hilversum.

“He was looking for an external company to do 3D visualisation work. He heard that PixelPool was doing a lot of good work in the area. He asked if we could help with a new Paris store that he was designing on the Champs Èlysées,” recalls Van Dooren, “and of course we said: yes.”

After that work was finished, according to Van Dooren, the client was so pleased that he asked PixelPool to work on another project.

“We needed to help visualise their plans for the World Cup 2006 campaign for their flagship London store. Because there weren’t any measurements available, we had to fly people to London to measure the space so we could make the first models,” he says.

“We measured the entire place by hand. Then, after a week or so, we got the 3D CAD model. What’s funny is that this 3D model is still used today for all of this client’s stores,” says Van Dooren.

PixelPool went on to 3D model and visualise the client’s stores in NYC, Berlin, and others. Each store had multiple brand campaigns throughout the year and management wanted to be able to see them visualised beforehand. This was the beginning of a long-term relationship with the brand that continues to this day.

Great wide open
A decline in the architectural side of the business due to the economic downturn in the late 90s in tandem with a close working relationship with one of their major US clients inspired Van Dooren to open an office on the West Coast adding to PixelPool’s presence in London and the Hague and resulting in more opportunities for business with other major apparel retailers.

While visualising store and campaign designs for brands including Levi’s and The North Face, the team noticed there was a burgeoning demand for ways to realistically depict the apparel and products as successfully as they did for the retail spaces. The demand was coming mainly from departments other than retail and brand design, however. Suddenly, wholesale and visual merchandising departments were seeing ways to use 3D technology to improve and speed up their processes, too.

Then came the release of Epic’s Unreal Engine in 2015, which made fully interactive store planning and wholesale presentation a possibility and PixelPool made use of it to start working on a fully interactive virtual showroom. By mid 2019 the first Proof of Concept of this interactive showroom was ready. PixelPool also designed and built a cloud-based platform for the showroom where users could upload their 3D product and connect it to PLM data. PixelPool gave the platform and virtual showroom the name Dtail.

The pandemic highlighted the global imperative for such a platform. Van Dooren stresses: “Apparel has always been an industry where in-person meeting is critical to working together. The pandemic put an end to physical showroom visits and we were suddenly approached by numerous brands who had heard about our Dtail development and saw it as a key way to help approach these new and evolving digital needs.”

It’s all in the Dtail
The speed of technology development in the area has increased exponentially over the last few years and PixelPool was able to leverage its experience with brands to create Dtail in a process Van Dooren describes as creating a startup within the company.

Currently PixelPool is focused on creating virtual samples for customers. For the latter, Van Dooren has opened two offices in Sofia, Bulgaria. One of them is the largest office within the PixelPool Group and is tasked with the production of thousands of virtual 3D clothing samples. These samples enable fashion brands to make swift decisions about what next season’s collection will look like. Uploading these 3D samples to Dtail speeds up their entire process in important ways.

“We are able to give our customers the means to elevate their overall abilities to showcase, present and sell their collections in-store and to wholesalers,” says Van Dooren, “This is extremely valuable. It saves clients time, money and resources and reduces waste, which is a critical issue for the apparel industry.”

Future forward
Van Dooren says the Dtail platform has endless possibilities that involve richer 3D content and inclusion of AI and, eventually, ‘multi-player’ virtual showroom visits, which would bring Dtail into the Metaverse. Because of the nature of the technology and its immersive worlds, using technology such as Epic’s Unreal Engine, originally made for games, has been instrumental to Dtail’s development. “These worlds are becoming more entwined with the progression of the Internet, which will continue to bring about changes we can’t even fully predict,” says Van Dooren.