Solvency II’s biggest impact is that it fundamentally reshapes the captive concept; Urs Neukomm of Swiss Re Corporate Solutions asks why this is and assesses how to minimise the effects 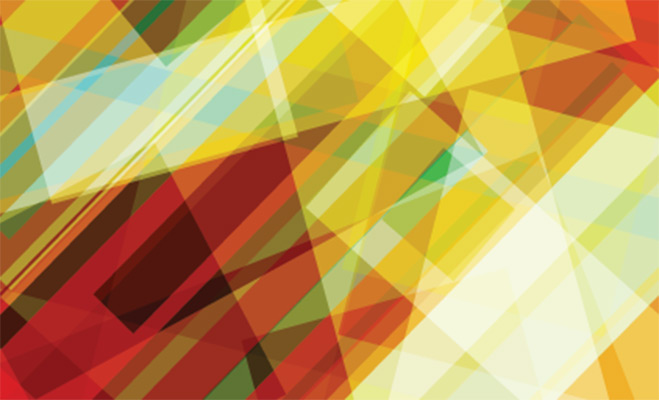 The demand to hold risk adequate capital, to implement governance and internal control processes and to improve supervisory and public disclosure is legitimate and justified. But Solvency II is a creation for publicly traded professional re/insurance companies in order to increase consumer protection and establish more transparency for investors and supervisors. The majority of all captives serve a specific corporate risk financing and management purpose in the interest of the group of companies for whose benefit they have been established.

Hence, typical captives (not writing a lot of third-party business or otherwise behaving more as an external service provider than as a corporate vehicle) have another purpose and should be treated differently. Corporate risk management is firstly a corporate capital management function and only secondly a re/insurance matter.

To now impose the same standards on captives as those for professional re/insurers, no matter how big or small and without consideration of its purpose, capacity and character, and even now, as we all witness an unprecedented credit crunch and a mounting debt trap, is an act of… yes, bad judgment.

Captive conundrum
Other arguments refer to loan-back arrangements, which are commonly used by captives.  Lending the captive assets to group treasury is in most cases an act of corporate prudency, because treasury is probably the most professional corporate unit to manage assets and match them with liabilities over size and the time period of expected losses. Captives should therefore not be punished with significant capital requirements for alleged concentration and counter-party default risk.

The European Insurance and Occupational Pensions Authority’s (EIOPA) general rule to increase the number of deposit holders to seven in order to reduce the required capital is not a meaningful – often in practical terms – or even an exercisable proposal. Furthermore, Solvency II was born in a time when value-at-risk over a one-year time horizon was a top-notch methodology to measure risk (of banks, not of insurance undertakings). A one-year time horizon is rarely adequate. So why should a corporation be required to hold excessive capital for a corporate subsidiary as opposed to mandatory but less radical measures such as appropriate reinsurance protection, a committed liquidity facility or corporate loan for temporary use when needed, or an emergency capital payment obligation? Equally strange is EIOPA’s legally doubtful restriction to allow a simplified Solvency Capital Requirement (SCR) calculation only for businesses where “all insured persons and beneficiaries are legal entities of the group of the captive” and if it does “not relate to compulsory third party liability insurance.” The nature of such an unrelated third party (liability) business can in fact increase the risk distribution, and thus lead to better diversification. Plaintiffs’ positions are not deteriorated by the captive involvement, as the defendants remain unchanged.

An opportunity to rethink
The repeated delay of the effective date of Solvency II (now 2015, if not even 2016) creates an opportunity to rethink the whole regulatory concept for captives fundamentally and to produce a framework that is simple and aligned with the corporate rationale for captives. Half-hearted proportionality allowances for (a limited number of) captives miss the point. Nobody wants to abandon Solvency II’s basic principles, but it’s time for a new approach looking at all elements. This includes the substantially increased capital costs (without relief in sight), the high demand of fronting carriers for collaterals at huge associated costs, the development of new and not completely aligned accounting standards and increasing insurance premium tax rates. Combined with the costs created by Solvency II, these frictional costs increase the opportunity costs so much so that over time some captive owners will choose cheaper alternatives. With regard to attritional corporate losses, holding a transparently earmarked investment or earmarked capital can achieve the same result cost-effectively. A clear signal supporting this view that Solvency II is not coherent for captives is the truly and mutually indifferent behaviour of all captive stakeholders. The regulators have stopped to adjudicate with focus, local supervisors compete with each other and with the EIOPA to introduce individual national standards, and captive owners look for ways to outsmart Solvency II. But regulators should give guidance, with prudency and a sense of proportion, supervisors should supervise adherence to the rules, and captive owners should apply them. Nevertheless, captive owners obediently rush ahead with implementing assumed new methodologies and duties applied to them, but not designed for them. Strange.

By accepting Solvency II as it is, new captives should be incorporated in a location that allows qualification of equalisation reserves as equity capital (e.g. Luxembourg). Existing captive owners can avoid costs by reducing the SCR of Pillar 1 and reduce frictional costs by aligning captive processes of Pillar 2 (internal governance and risk control process) and Pillar 3 (supervisory and public disclosure standards) with corporate processes. Taking out underwriting risk volatility lowers the SCR impact significantly because less volatility means less capital, and thus lower costs. On the other hand, the cost impact of Solvency II can be reduced by aligning the Own Risk and Solvency Assessment (ORSA) of Pillar 2 with an effective and resilient Enterprise Risk Management (ERM) process at the corporate level (with the captive process as a sub-set), effectively linking risk management with financial planning and capital management at all levels, and by using the same reporting standards (Pillar 3) throughout all group companies.

Capital reduction
The highest SCR relief comes, in most cases, by designing an individual partial internal model or a full internal model, avoiding the standard SCR formula. But the efforts are huge and only justified if all necessary data and information are available and if the business portfolio has a certain size and quality. Hence, most of the captives will have to apply the standard formula. Under this calculation method it is critical to only write a balanced portfolio of uncorrelated own conventional corporate risks with similar limits, using diversification effects in an optimal way. A single line approach is not helpful.

Writing more exotic risks such as trade and medium-term credit, political risks or uninsurable cyber and supplier risks, or adding third-party business (e.g. employee benefit risks), may do the job as well. But this is only reasonable for those approximately 45 percent of 132 captives participating in the Quantitative Impact Study 5 (QIS 5) according to the European Captive Insurance and Reinsurance Owners’ Association captive report on QIS 5, May 2011, who have an SCR of more than 150 percent. Advisable is adequate reinsurance protection in the form of structured multi-line (and multi-year) excess and stop loss cover from a highly rated reinsurer. Equally beneficial is to give up writing higher excess layers, low frequency or high severity business (e.g. NatCat) and frequent medium size loss exposures. Bringing in life insurance business, such as pension fund commitments, is untested and only suitable for large and sophisticated captive owners, due to the high regulatory complexity and management burden. Overarching is of course pricing adequacy and underwriting quality for new underwriting years.

The volatility of market risk and counter-party default risk can be reduced if the captive assets are deposited with several independent asset managers, whilst the negative effects of operational risks can be managed, if key functions and operational activities are outsourced to a specialised group company or a professional third party service provider, provided all relevant arrangements consider transfer pricing limits and are fixed in writing.

Cutting costs
As mentioned above, Pillar 2 effects can be optimised by integrating ORSA into a corporate ERM process. However, there is still a lot of resistance against ERM in corporate level boards. The latest Federation of European Risk Management Associations 2012 Risk Management Benchmarking Survey once again confirms the strong positive correlation between mature and best practice risk management and corporate performance (measured as earnings before interest, taxes, depreciation and amortisation growth rate).

For Pillar 3, no guidance is available yet, but it is the least worrying pillar of Solvency II, if EIOPA will not force captives to disclose publicly too many corporate details for which there is no public need.

Captives are and will remain a vital capital and risk management tool if treated with due care and diligence by all captive stakeholders, regulators, supervisors, owners, managers and other service providers alike. If that happens, the question will not be how to minimise the effects of Solvency II, but how to optimise them for the benefit of all those involved in the process.