How to make millions in property; Nicole Bremner gives her top tips 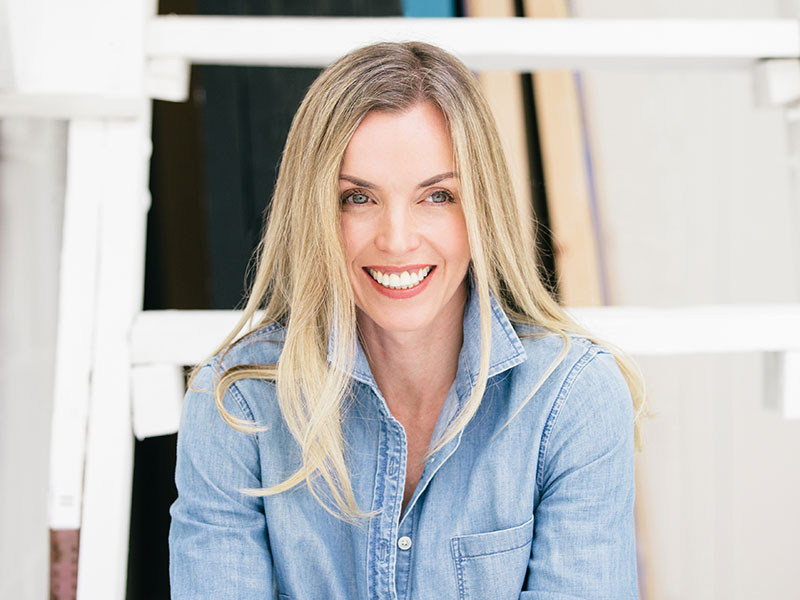 "When I started out in property I knew nothing", says Nicole Bremner - who's become one of the most successful individuals in the market
Management

Five years ago Nicole Bremner was a struggling entrepreneur. With three young children at home and having waved goodbye to the corporate world, she was determined to find a way to make a reasonable income and still have time for the school run. So, after redeveloping and nearly doubling the value of the family’s Clerkenwell flat, Nicole invested their savings into property development. And in spite of her lack of experience, she has become one of the industry’s big success stories.

The result of that investment was two incredibly successful property companies based in the City and East London areas – East Eight, which manages the funding for her projects, and London Central Developments, responsible for the development process. As director of both companies Nicole now works with both commercial and residential properties, engaging award-winning architects and design partners, and has around 12 projects worth over £120m on the go.

“I’ll happily admit that when I started out in property I knew nothing. I’d already tried a whole host of entrepreneurial ventures but none made a real contribution to the family finances,” she says. “Like many people my first property development project was my own home. I learnt by doing it”.

Nicole’s professional background certainly gave her some useful insights. Becoming the youngest qualified independent financial adviser in her early 20s, her career in the city and later in the Equity Release Department at Goldman Sachs on Wall Street, was in hindsight a canny move for a future property developer – although it didn’t feel that way at the time. “I worked so hard to be noticed for the potential I believed I had. But I felt the process was too slow and the promotions and recognition I craved didn’t come fast enough”.

She also threw her energies into numerous business ventures over the years, including Brittique, an online retailer for up and coming British designers. But while finding a lucrative and successful business model proved frustrating, ultimately Nicole realised that she could never go back to a corporate career. “My small taste of entrepreneurship had whetted my appetite. I needed to be my own boss. The corporate world, particularly banking, moved too slowly for me. It took years and a lot of trial and error to find my true niche”.

Her unique approach to crowdfunding has unsurprisingly proved popular

But also a great deal of graft. Now with a multi-million property portfolio and a book to her name – Bricking It (Rethink Press), which details the property and investment wisdom she has acquired on her journey – it’s clear that Nicole’s determination and drive are rooted in her history. From humble beginnings as one of four children brought up by a single mum in Sydney, Australia, when Nicole got a job as a receptionist and research assistant at a stockbroking firm in Brisbane, the experience opened her eyes. “I’d actually never really met anyone rich before. I found myself working alongside people who drove nice cars and lived in the good suburbs. I knew then I wanted to make serious money. I didn’t want to struggle and count every cent like my parents had to. It gave me the hunger to succeed”.

Perhaps this explains why Nicole is determined to make property investment accessible to everyone – regardless of their budget. “In Autumn 2016, at East Eight we embraced online crowdfunding with partners Simple Equity as a way to open up our projects to a larger pool of investors, and enable the smaller or first-time investor to get involved with our schemes. I’m passionate about investors with smaller available funds having access to the types of deals generally only available to larger investors and developers. With East Eight, anyone can have access to the same returns as someone with millions in the bank”.

Her unique approach to crowdfunding has unsurprisingly proved popular, and is now being adopted by others in the industry, changing the dynamic of how property investment is perceived. “I’ve advised other developers to crowdfund even if they don’t need the money, as it’s a great way to engage with lots of people. And that can only be a good thing”. With her all-female East Eight team Nicole has raised over £5.6m and recently beat the property crowdfunding world record, raising £1.624m in just 17 minutes. Perhaps this is because her just-do-it approach to business just seems to work, although a knack for finding willing collaborators can’t do any harm. “Everything I’ve learned in property I’ve learned by leveraging people; teaming up with those more experienced than me and learning from their experiences”.

And she’s happy to share the wisdom. Apart from mentoring budding property developers, Nicole has given anyone who’s interested in her world a ringside seat. “I had an idea. If the best way for people to learn property development is by doing it, what if I could let them see our projects as they are actually happening? In real-time. And see all of it – everything – appraisal, acquisition, planning, construction right through to sales? All the ups and downs of all our London developments?”

As a result, from February 2017 Nicole started ‘Invest to Learn’ – a live property experience through her own development and investment projects with East Eight and London Central Developments. The 12 or so projects include permitted development residential conversions, building on roof spaces, a luxury prime London flat and a number of ground-up builds. So for anyone wondering what bigger projects look like in practice, this was their chance to just absorb it all.

And through Bricking It she reveals her blueprint for success in detail. “It’s not a book about how to get rich quick. I’m just telling the story of how I scaled up my property business from my first property with an initial investment of £1m to now a portfolio of over a dozen projects, 400 plus units and a GDV of over £120m”.

Apart from her property career enabling Nicole to contribute significantly to the family finances after years of struggling to do so, it also allows her to build homes that people aspire to live in. And her high standards have been noted. East Eight was the runner up in the Property Investor Awards Property Development of the Year awards 2016, while with architect and interior designer Amrita Mahindroo, their Englefield Road property was shortlisted for the International Design and Architecture Award in 2015 for Living Space. “I’m proud of the level of detail and the quality of the homes we produce. We’re also doing our little bit for the housing shortage”. According to the Department of Communities and Local Government (DCLG) more than five million new homes are needed over the next 25 years to cope with the growth in immigration and an ageing population.

At the start of her property journey the goal was in fact quite modest; to complete one to two houses a year and safely build up her pot. But then Nicole met property developer Avi Dodi, who is now her development partner. “Our meeting in October 2013 was the biggest turning point in my property career. I learned about development finance and joint ventures; the two tools that have allowed me to scale up my business like nothing else. It was in 2016 I was working on my cashflow model when it occurred to me that I was working on over £100m of property in GDV. Admittedly I didn’t own all of them but I was operating them all, along with Avi, and had some skin in every deal. It was one of the few times in my life that I allowed myself to feel proud of this gigantic milestone I’d achieved in just over three years”.

Nicole’s a big believer in working with the local community, rather than ignoring or trampling all over it. The St. Matthias Club – a local Hackney youth club, at one point no longer able to continue their tenancy due to costs – will get to stay on as a tenant once the property has been redeveloped, meaning the boys will get a brand new state-of-the-art club room in the basement. Brand new flats will be built above the extended site. There is also even the potential for a local school to get to use the new sports facilities working together with the club. And the purchase of the Agape Church in Hackney will see East Eight soon building its new development of up to 18 flats around the church and refurbishing the existing premises, so the community gets to benefit.

A popular speaker and member of the Women in Property and Business Network, Nicole was recently picked to become a panel expert on Property Question Time (PropertyTV). And she continues to find ways to make property investment accessible to more people, demystifying the process. “The feedback from many of our investors was that they want to learn how to invest and have full access to the project they’re invested in. We offer a front-row seat to our investors, showing transparently how we do our projects and inviting them to learn. We’re not teaching or mentoring, just giving full access to allow them to benefit from our relationship.”

And all this is just the beginning. With two new secret projects under development, Nicole hopes to solve two more key problems all UK developers face. Watch this space.

Bricking It is available on Amazon from October 13th. You can download the first three chapters at nicolebremner.com.