In high spirits: rum sales overtake gin for the first time in years

Sales of rum have outstripped gin for the first time in five years, but there are question marks over whether this spike is part of a longer-term trend or a flash in the pan 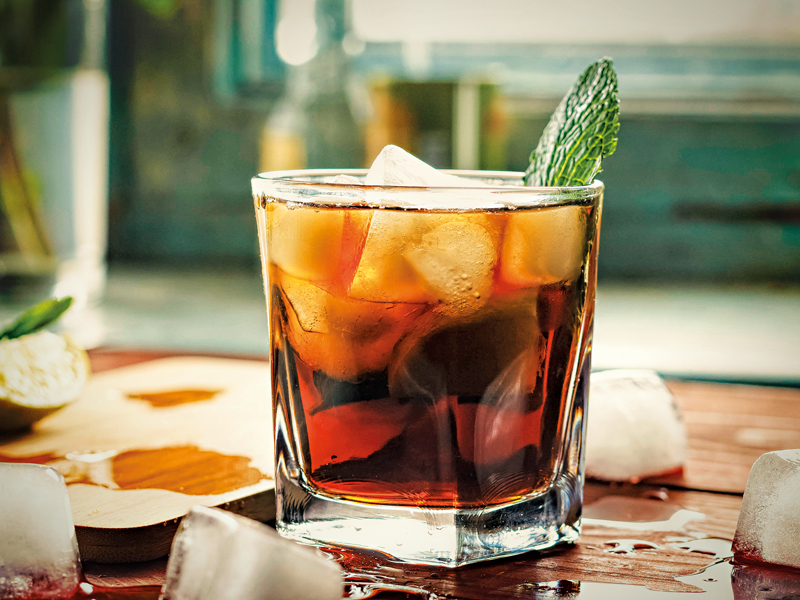 For the past few decades, sales in premium rum have lagged behind other spirits, but new life has been breathed into the European market this year
Featured

According to a new report by the Whisky Exchange (TWE), sales in rum have skyrocketed by 165 percent in the third quarter of 2019. This feat marks the first summer in five years that the spirit has outstripped gin in terms of sales growth. Analysts say this is no summer fling, either: a better classification system by TWE makes it easier for consumers to understand the many categories of rum.

“The classification allows the consumer to get a better grasp of what rums are and how it reflects flavour,” explained Dawn Davies from TWE. “When we launched that system in May, that’s when we really saw a big spike.” By providing descriptions ranging from “rich and treacly” to “herbaceous and grassy”, the company ensures customers are better equipped to make informed choices.

The rum market is three times the size of gin’s, but it did not experience the same boom in popularity that gin did earlier in the century

Bottoms up
Davies says she is “excited” by the potential growth in rum. “Value is growing faster than volume, which I find really encouraging,” she said. “This suggests that there is a premiumisation, which leads to long-term growth.” In addition to the sales boost over the summer, there was also a 62 percent growth for on-trade demand for rum, which accounts for the supply of bars and restaurants. Further, retailers such as the UK’s Waitrose are now including premium rums in their cellars. This is in part due to the growing number of brands and quality rums entering the market: last year alone, more than 50 varieties of rum were added to TWE.

For the past few decades, sales in premium rum have lagged behind other spirits, but new life has been breathed into the European market this year. According to a 2019 report by the International Wine and Spirit Record, there was a 28 percent rise in premium-and-above rum volumes in France, while general consumption grew by five percent. In the UK, premium-and-above rum volumes have climbed by 140 percent in five years. “Rum was the only big drink that didn’t have a premium category sector,” Ian Burrell, a global rum ambassador, told European CEO. “People wanted to understand what they were drinking and why they were paying money for a premium rum – this classification system has helped immensely.”

By contrast, whisky is facing headwinds. As part of the ongoing US-China trade war, US President Donald Trump hit Scotch whisky with a 25 percent tariff, which commenced on October 18. The announcement resulted in a flurry of pre-emptive purchases last quarter, but a fall in demand is predicted when the tax hike takes effect.

A fall in ginterest
There are signs of dilution in the gin market – one of rum’s main competitors – too. Following a boom in the drink’s popularity over the past 10 years, consumers are beginning to shift towards sweeter, often fruit-flavoured, versions. This year, British alcoholic beverage company Diageo reported a 22 percent rise in gin sales across Western Europe, driven in part by the launch of its pink version of the spirit. “We’ve seen this trend already happen with vodka and types of whisky,” said Davies. “And now we are seeing a flattening in gin sales across brands.” This shift in demand indicates that interest in standard flavours is waning, which is usually a precursor to consumer flight towards other brands and spirits.

The rum market is three times the size of gin’s, but it did not experience the same boom in popularity that gin did earlier in the century. Given that rum is a more diverse spirit than gin (categories range from white to spiced to dark), this makes little sense. In part, it may be the result of PR problems: rum has long been stereotyped as a sweet summer drink, but there are hopes that the new classification system will help shake off this image.
“There are so many different styles of rum and they are all put under one umbrella,” said Burrell. “If you compare it to whisky, which is less diverse, there is still the likes of Scotch, American, Canadian and Japanese whiskies, which all have their own rules and regulations”. These regulations, Burrell believes, help to distinguish one whisky from another.

In the EU, regulation for rum is incoming. Over the coming months, the bloc is expected to curb the number of over-sugared rums on the market by introducing tougher sugar measures. In comments made to The Spirits Business, Sukhinder Singh, co-founder of TWE and Speciality Drinks, said the regulation would allow the industry to deal with rum “in a more unified way”. He added: “The EU is looking at classification of how much sugar is allowed in rum. Whatever that turns out to be is good. In another five years, maybe they’ll visit it again and reduce it even more.”

Over the coming months, the EU is expected to curb the number of over-sugared rums on the market by introducing tougher sugar measures

While rum already has established rules of production in the Caribbean, regions like Europe are now adding geographical indications to the spirit. “Rum has a great culture that should be celebrated,” Alexandre Gabriel, a master distiller at Plantation Rum, told European CEO. “We trust and truly hope that this will be done in a way that will preserve the beauty of rum and its rich heritage.”

Winter waning
Rum’s reputation as a summer drink brings into question whether the sharp rise in sales is the product of a good summer, rather than being a longer-term trend. “Peak season will always be in the summer because of the association with the sun and [the] tropics,” explained Burrell. “But people forget that some of the old, winter-style drinks were made with rum, like toddies, and we are trying to bring back other winter drinks like rum punch.”

Burrell is heartened by the fact that the thirstiest rum drinkers can be found in European countries with cooler climates. “We are seeing spikes in places like the Czech Republic and Germany,” said Burrell. “In these countries, businesses are importing rum and mixing it with local spirits.” But with strong demand across the continent, Burrell believes this can be sustained in the long run.

As far as general consumer trends are concerned, it takes approximately five years for demand to filter into the mainstream market. This should allow time for more brands to populate the industry before the drink makes its grand entry. That is why, as Davies told European CEO, rum is currently the “most exciting spirit… There is so much growth lying ahead for rum, [and] I am looking forward to seeing where it goes”.