Phil Popham is helping Lotus get into top gear

Lotus has been through hard times in the not-too-distant past, but with new CEO Phil Popham on board, the small British carmaker is moving into the fast lane of the high-performance vehicle market 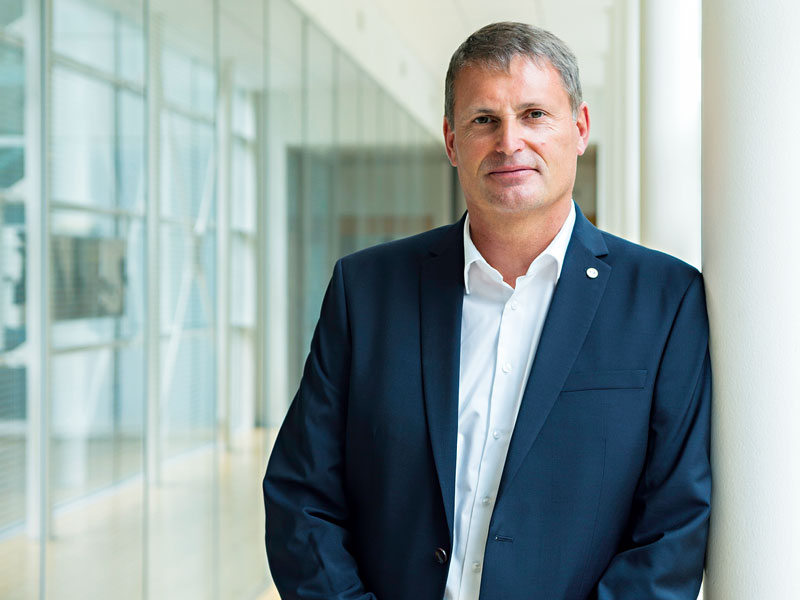 In the 1977 James Bond film The Spy Who Loved Me, an iconic car chase unfolds: Bond evades a motorbike, a helicopter and multiple gunmen, eventually plunging his car into the sea, where it transforms into a submarine. While 007’s submersible car was never a reality, the Lotus Esprit it was modelled on became embedded in British automobile history.

Norwich-headquartered car manufacturer Lotus was founded by English design engineer Colin Chapman in 1948 and quickly gained a reputation for producing lightweight sports cars. In the years since, however, the company has struggled to translate brand recognition into sales. The Evora, for example, which was released in 2008 with a £72,000 (€83,363) starting price, just wasn’t on buyers’ shopping lists, resulting in production numbers in the very low hundreds. The company’s performance has worsened ever since, resulting in a quarter of its staff being made redundant in September 2014. Even this wasn’t enough to turn things around, though: following several write-downs, losses in the year leading to March 2018 rose to £36.3m (€42.03m). A more dramatic change was needed, and this came in the form of two major developments. The first was Chinese automotive group Geely’s acquisition of a majority stake in Lotus in 2017. A subsidiary of China’s Zhejiang Geely Holding, Geely was looking to expand its geographic footprint through the British luxury car brand. The second was the appointment of a new CEO – industry veteran Phil Popham – in October 2018.

Moving resources
Within two months of the takeover, Geely had laid out an ambitious strategy for Lotus. “We are making plans; we want to bring back the heritage of Lotus to be one of the top performers in the luxury sports car segment,” Geely CEO An Conghui said at the time. “Lotus used to be ranked alongside Ferrari and Porsche, so we need to come back in that rank again.”

It was big talk. Bringing Lotus to the same level as the likes of Ferrari and Porsche would be a formidable task, but Geely was willing to spend heavily to achieve its goal: in August 2018, it revealed plans to invest over £1.5bn (€1.74bn) in Lotus. The cash injection would be put towards a new design centre in Coventry, the expansion of Lotus’ headquarters and a Midlands-based plant to cope with increased production. In the future, a new factory in China will be opened to cater to the Asian market.

A key part of this plan was bringing Popham on board. Previously an executive at British industry giant Jaguar Land Rover, Popham left his role as CEO of superyacht manufacturer Sunseeker to join Lotus. Talking to European CEO about what drew him to the post, he said: “It was primarily the opportunity to turn Lotus into what it always should have been – a global performance car brand – and the timing of that opportunity. The arrival of Geely as majority shareholder in September 2017 meant significant resources were available to deliver success. I wasn’t looking to return to automotive, but it gets into your blood after 25-plus years. And this was an opportunity I couldn’t turn down; iconic, British, pioneering, rich heritage, huge potential – it has all the ingredients I love.”

Expectations of success
Having Geely, the world’s fastest-growing car company, on board has had a significant impact on the brand, most notably by boosting the availability of resources. “It means investment in product development to deliver a new generation of performance-orientated Lotus cars, and not just in the segments we have always been in,” Popham said. “It also means investment in infrastructure and resources, with upgrades to support that plan including more people, a transformed retail network, new facilities both in Hethel and overseas, new IT and processes. And it means investment in the brand and taking it to the world. We’re beginning to see the fruits of this already.”

The partnership brings Lotus the opportunity to become a global player in high-performance car manufacturing. Popham explained to European CEO: “Investment from Geely comes with expectations of success, so we need to increase sales. It also gives us an opportunity to grow and strengthen our global retail network. However, we don’t want to be following other brands – we’re Lotus, with a proud history of innovation and success. It’s a history we need to turn into a future. We want to stand as the performance brand of choice for those who dare to look beyond the conventional and ordinary.”

The Evija has a target power output of 2,000 horsepower, a top speed of over 200mph and can reach 60mph in under three seconds. It weighs just 1,680kg, thanks to its ultra-lightweight carbon fibre monocoque, making it the world’s lightest electric hypercar. Adding a heavy dose of exclusivity, production of the Evija is limited to 130 cars, which will be available in 2020. This, along with the hefty starting price of £1.7m (€2m), adds a certain allure for the super-rich and certainly marks a new space for Lotus in the world of luxury vehicles. “We’re increasing our global footprint in terms of brand and product awareness, retail network and international facilities,” Popham said. “And we are leveraging the Lotus Engineering consultancy to its full global potential.”

Repeat performance
Popham has changed the fortunes of struggling companies before. When he joined Sunseeker in 2015, the company had just recorded losses of £41m (€47.45m). It had been hit heavily by the financial crisis, forcing it to make redundancies as the market for luxury yachts shrank. Using the lessons he had learned at Jaguar Land Rover, Popham helped the company achieve profits of £6m (€6.94m) in 2016.

Popham is determined to achieve the same feat at Lotus. “We have an all-encompassing strategy called Vision 80, which is about taking Lotus on an incredible journey of growth, success and innovation over the next 10 years,” he told European CEO. “This started after our 70th anniversary celebrations in late 2018, so Vision 80 is all about where we will be for our 80th birthday.” It includes maintaining the company’s core models while expanding Lotus’ range of luxury cars.

Bringing Lotus to the same level as the likes of Ferrari and Porsche would be a formidable task, but Geely was willing to spend heavily to achieve its goal

“I see myself as giving new direction to a team of highly capable people,” Popham said. “I’m putting in place structure, process and good governance, and I’m giving each key area a form of decision-making that reports to the executive committee to get things done and follow a consistent plan. And I’m also expanding the business, for example, by growing the Lotus Engineering consultancy.”

Popham is drawn to the luxury market and understands that such products must be managed carefully. “First and foremost, get your product offering and positioning right,” he said. “Lotus is a performance brand and our positioning is that we are for the drivers. Part of getting it right is understanding your customers and listening to what they tell you.”

He is also passionate about quintessentially British brands. “For Lotus, which has so much history, it’s also about understanding the heritage of the brand. You shouldn’t be ruled by it, but use the core elements – for Lotus, that’s lightweight materials, innovative engineering and exceptional driving dynamics – to take the brand forward,” he said. “And I believe experience helps. I came from Sunseeker and had a long career at Jaguar Land Rover. These are iconic British brands with performance at their heart – I guess that’s my thing.”