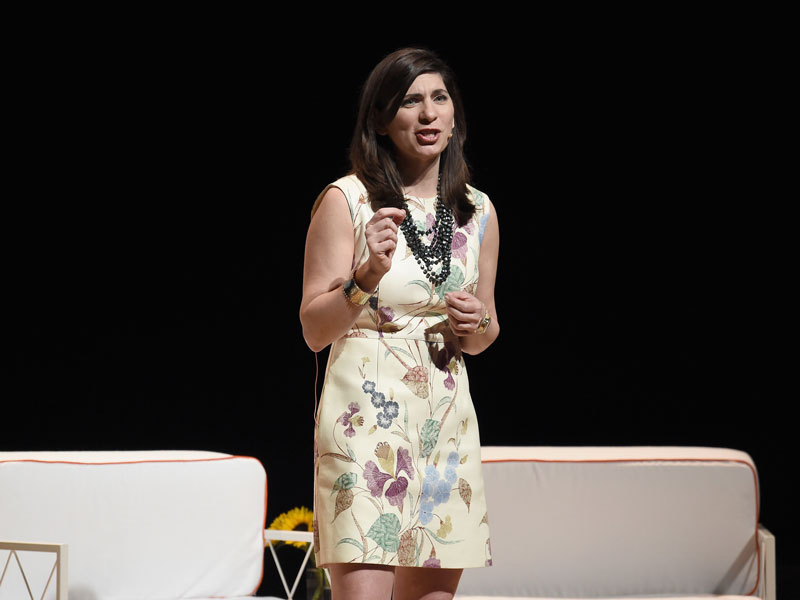 Cunningham's history with the NYSE stretches back to an internship in 1994. She will now lead the stock exchange giant
Management

Atlanta-based Intercontinental Exchange, the firm’s parent company, confirmed Cunningham would replace Thomas Farley as the 67th president of the NYSE from May 25, after The Wall Street Journal first reported the news.

Cunningham became the NYSE’s Chief Operating Officer in June 2015, overseeing the equities, equities derivatives and exchange-traded products businesses, but her history with the firm goes back to 1994 when she interned as a trader on the floor.

A change appears to be coming for Wall Street, where men have always dominated top positions

Cunningham worked at rival US exchange Nasdaq as an executive between 2007 and 2012, before moving back to the NYSE in 2012.

The Wall Street Journal also reported Farley, who joined the NYSE in 2013, will leave Intercontinental Exchange to lead Far Point, a new special purpose acquisition company backed by Dan Loeb’s hedge fund, Third Point. Earlier this month, Reuters reported Third Point was in talks with investment banks about launching a ‘blank cheque’ company that would raise money in a public listing to pursue an acquisition.

A change appears to be coming for Wall Street, where men have always dominated the top positions. With the promotion of Cunningham at the NYSE and the 2017 appointment of Adena Friedman as the CEO of Nasdaq, women now lead two of the top three US stock exchange operators.

Cunningham’s promotion also follows the announcement in April that the Fearless Girl statue will be relocated near the NYSE. The bronze statue of a girl with her hands on her hips was installed last year opposite Wall Street’s Charging Bull to celebrate International Women’s Day.

In April, Cyrus Taraporevala, CEO of State Street Global Advisors, which commissioned the statue, said he hoped moving the Fearless Girl statue closer to the NYSE would encourage “more companies to take action… on the issue of gender diversity”.