Odebrecht is a fast-growing business, but through all of its expansion it hasn’t forgotten its Brazilian roots, or its sense of community 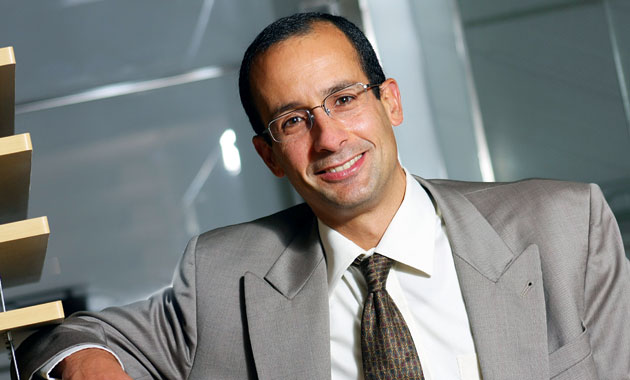 Founded in 1944 and proud of its Brazilian origins, Odebrecht is a diversified business organisation with a global presence. Besides holding a leading position in the engineering, construction, chemical and petrochemical sectors in Latin America, Odebrecht is also a player in the following areas: bioenergy, environmental engineering, defence and technology, real estate, transportation and logistics, oil and gas and stakes and investments. Present in 20 countries, Odebrecht brings together around 170,000 professionals of 60 different nationalities.

At Odebrecht, people are held together by the same corporate culture: Odebrecht Entrepreneurial Technology (TEO), written by the company’s founder, Norberto Odebrecht, and supported by a set of philosophical concepts. These include trust in the human being and in his capacity to develop through work; servicing spirit; humble and simple attitude; decentralised performance based on a planned delegation and partnership; transparent and outspoken communication between leader and led; and permanent dissatisfaction with the results obtained.

The principles and concepts practiced within Odebrecht – among which are trust in people, the decentralisation of actions and the productive reinvestment of obtained results – make it possible for the organisation to exist with a common strategic direction, thought unity and coherence of action, connecting all its participants and encouraging them to walk in the same direction. Permanently oriented towards survival, growth and perpetuity, the Odebrecht organisation maintains a succession process based upon the leadership of its subsidiaries. At Odebrecht, succession is a planned and continuous process, through which generation after generation conduct business and engage in a permanent commitment to renovation. The leaders of the Odebrecht companies have always striven to educate and train new leaders. Succession at Odebrecht is therefore a natural duty of the entrepreneur.

Work in the community
Teams and companies at Odebrecht also take part in this movement and respond with vigour to the economic, social and environmental challenges of our time, be it through exceptional customer service, through the generation of bigger profits, or through promotion. Once the demands of corporate tasks are met, the development of surrounding communities through programmes capable of creating new conditions for work, health, education and culture can take place. This is how Odebrecht contributes to maintaining a dignified and sustainable life for everyone.

For Odebrecht, the role played by a corporate organisation should not be restricted to the function of providing quality products and services. More than client satisfaction or the generation of riches for its shareholders, the company should be able to share both riches and knowledge with its stakeholders, with the estate and with individuals within the communities where it is present. Starting from this belief, Odebrecht has contributed to increase the sustainable development in every society it belongs to.

Strengthening the relationship with the community is complemented by educational projects at the Odebrecht Foundation and by sponsoring initiatives directed to the preservation and better valuation of cultural production and historical heritage. The archives comprising Odebrecht’s cultural contributions add up to more than 200 cultural editions, including books and documental discs, as well expositions, videos, schoolbooks and websites, in Brazil and abroad. An example to prove the company’s endeavour is the creation, in Brazil, of the Odebrecht Historical Research Award – Clarival do Prado Valladares, conferred annually to a medium-sized unpublished project on a topic connected to Brazilian history, as a means to stimulate Brazilian historiography and the enrichment of documental heritage in the country.

Consolidated in Brazil, Odebrecht initiated its internationalisation process in 1979, through its Engineering & Construction subsidiary, within a strategy planned and focused on decentralised management; another highlight in its philosophy. After internationalisation – then part of a corporate-strategic decision in order to ensure business survival, growth and perpetuity – it became evident that the execution of a construction project abroad would always prove a more challenging process due to scarcity of local knowledge, as well as cultural and judicial differences.

Export success
Service exportation, in this case engineering services exportation, is also one of the most sophisticated ways for a company to gain a share of the international market, since capacity, knowledge, experience, goods and services connected to any one project are also exported. In 1985, international construction projects represented around 30 percent of the contracts in Odebrecht’s portfolio, and in 2002 this number reached 80 percent. Now it is around 50 percent. After almost 33 years with an international operation, the company has completed almost 2,000 projects in 35 countries.

It was in 1979, then for 35 years in the Engineering & Construction segment, that Odebrecht began to diversify its activities. The acquisition of a stake in Companhia Petroquimica de Camaçari (CPC) was the first step in a process that would intensify through the 80s. The Engineering and Construction business, Odebrecht’s origins, began to grow and became more diversified. In the 2000s, some of its different areas of performance became independent companies.

From then on, the qualified presence of Odebrecht moved into many other sectors, which became strategically important to the organisation, both in Brazil and in several other countries. These included energy, industrial engineering, infrastructure, oil and gas, real estate, environmental engineering and stakes and investments.

The consolidation of all these elements led the International Institute for Management Development (IMD), from Lousanne, in Switzerland – one of the most prestigious centres for business executive education in Europe – to elect Odebrecht as the Company of the Year in Family Control (2010). The criteria included entrepreneurial and family values as issues connected to the company’s sustainability. Another decisive criterion for the choice of Odebrecht, according to the prize’s judging commission, was its corporate governance, with the adoption of a transparent and efficient succession mechanism, as well as commitment to next generation’s education.

One of the initiatives that exemplify Odebrecht’s commitment to the future and its responsibility towards upcoming generations is the definition of ‘Vision 2020’. Through it, Odebrecht intends to be, within eight years, a global company, but to maintain its Brazilian origins. It aims to be present in more than 30 countries, and to represent a reference point in value creation in sustainable development for clients and shareholders alike, as well as for the communities in which it operates.