Future in the clouds

Peter Chadha, Chief Executive of DrPete Inc, asks what the future holds for businesses now that CEOs are beginning to embrace cloud computing 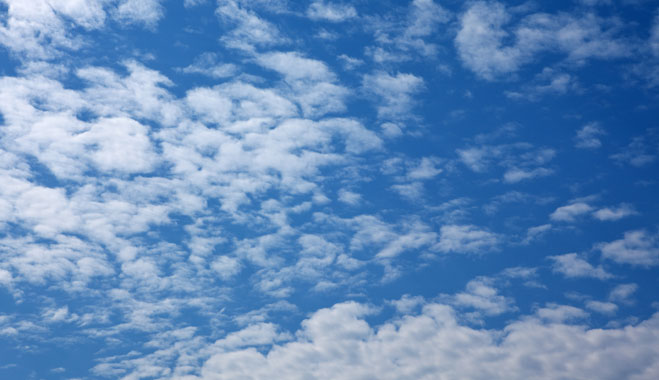 In essence, ‘enterprise’ is IT-speak for systems designed for business. Add the word ‘cloud’ and you’re moving that business into a ‘virtual’ world of collaboration, flexibility and agility that makes the game a whole lot more interesting. Not only that, but the rise of cloud computing is pitting some of the largest traditional IT providers against the internet whiz-kids. So, by approving deals that are putting their organisations’ heads in the cloud, CEOs would appear to be fuelling a business revolution.

The recent deal between Google and Spanish bank BBVA is perhaps the most important so far. When it comes to change, the banking world is not known for its speed and is – understandably, given the regulation it faces – paranoid about security. So, when a European bank signs up 110,000 users to a US-based cloud provider, you can bet it’s a big deal for the cloud.

In fact, BBVA is not alone, to the point where European business could be overtaking its US counterparts in signing up to the ‘virtual’ world.  The likes of Vodafone, Jaguar Land Rover, Sky and Rentokil have asked Google to take them into the cloud.

Talk to cloud sceptics and they’ll tell you that, yes, large organisations are buying into cloud, but only for non-business-critical systems and applications. What they mean is that most of the recent cloud deals are to provide e-mail, word processing and business conferencing, rather than financial transactions or customer-related activities. Non-business critical? Try convincing any CEO that losing their entire e-mail system for more than half an hour isn’t critical to the fabric of their organisation and they’ll tell you to make sure the door doesn’t whack you on your way out.

A cloudy definition
Basically, cloud computing allows access to software applications, data or communication tools via the internet anytime, anywhere and with complete flexibility of capacity and demand. There are two main types of cloud that are discussed in the boardroom – private and public. The best analogy is a power station. A private power station is not the most efficient way to buy power, but it’s all yours. It requires your own resources to run and keep it efficient and well maintained. Unless you’re a power generator yourself, you’ll also need to bring in expert help.

A public power station is multi-tenanted – lots of people use it and the resources are shared, sometimes by millions. There are enough people buying the power that if they don’t like the way the provider is operating, they have some degree of influence in forcing change, although it’s limited because the product is simply a consumerised commodity.

Without question, in the short-to-medium term, cloud computing is going to save businesses time, money and resources. The only queries are how much, and how quickly?

Because of the flexibility and management of hardware and software, based on economies of scale, the return on investment is generally easy to quantify. In fact, depending on which research you believe, savings through public cloud could be as much as 70 percent of traditional IT costs. Even with private cloud, where costs can escalate dramatically, there are still savings to be made.

But cost is only part of the story. The biggest leap forward, and why the latest euro deals are so important, is cloud’s ability to change organisations’ entire working culture. The change for individual staff can be dramatic, not just in the way they interact with technology, but also how they interact with each other. The growth of companies developing Bring Your Own Device (BYOD) strategies indicates a desire for culture change.

Who do you trust?
While cloud may appear to be a ‘no-brainer’ for the enterprise of the future, there are still challenges to be faced. Number one on most lists is security. The security debate, particularly in the financial sector, where data transfer and compliance are critical, is similar to the dilemma consumers faced over online credit card transactions in the noughties. In reality, the IT industry seems to have moved on and, in their efforts not to miss the enterprise cloud bandwagon, vendors have been working hard to develop practical approaches to governance and risk management.

The greater challenge is integrating the cloud into existing systems. There are two aspects to this: culture of vendors and culture of the customers. Traditional IT providers, such as IBM, HP and even Microsoft, have established their credentials and sales models by developing boxes of hardware and software. Microsoft, for example, has countless thousands of major resellers and minor suppliers across Europe, all falling over themselves to sell enterprise products. As a result, client companies are used to the traditional B2B sales and negotiation model.

Cloud has changed all that. The likes of Google and Amazon exist only because of the internet. They are 100 percent focused on the internet and are selling time, space, productivity and efficiency rather than boxes. It’s highly dynamic, largely US-centric and subject to frequent software and licensing changes, which can lead to a “good one day, bad the next” environment for corporate clients. Google generally engage with a business if it signs-up many thousands of users, otherwise they will expect companies to approach them with a reasonable level of cloud understanding, and a set-up ready to take on significant change.

That being said, enterprise customers – and particularly their CEOs – also have to face facts. The idea that most IT functions would positively recommend an infrastructure that could reduce their department size by as much as two thirds would be like turkeys voting for Christmas. Trusted legacy IT providers, too, certainly don’t want to see their margins slashed and remain only too happy to lock companies into contracts that can become prohibitively expensive to extricate themselves from.

A corporate game changer?
Clearly, the increasing number of large-scale European cloud deals is good news for cloud supporters, but there is a way to go in overcoming the culture shock that cloud entails for both vendors and purchasers.

While Google and its peers are targeting the young digital natives who will become the CEOs of the future, they also need to demonstrate empathy with existing corporate culture and view it as a slower, more cautious animal than the consumer-driven internet world. Equally, corporates need to think outside the traditional and recognise the implications and benefits of culture change that extends beyond the technology.

And, if not public cloud, what are the alternatives?  Do nothing – in which case the ability to provide an agile organisation with differentiated customer service will leave non-cloud-based competitors behind; buy into private cloud, providing greater security but significantly higher costs; or wait until smaller, niche public cloud offerings appear, but recognise that the economies of scale offered by the cloud giants are unlikely to be replicated? Whatever the choice, it may be the CEOs, rather than CIOs, who have the biggest influence on a cloudy horizon.