Russia is the newest addition to the expanding signatories of OECD’s Anti-Bribery Convention, designed to tackle corruption 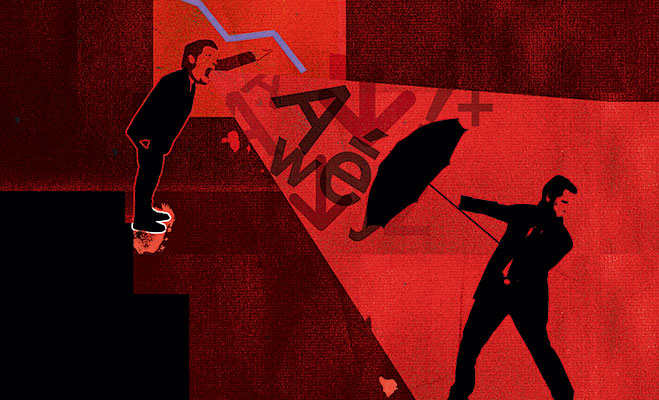 Since its conception 15 years ago, the OECD Convention on Combating Bribery of Foreign Public Officials in International Business Transactions, also known as the Anti-Bribery Convention, has been a pivotal force in corruption worldwide. New countries such as Russia have joined the Convention, and others, like Colombia, are about to join as well.

210 individuals and 88 entities have successfully been sanctioned under criminal proceedings for foreign bribery between the time the Convention entered into force in 1999 and the end of 2011. The Convention has concrete effects for those who bribe, and is therefore not a “paper tiger”.

International corruption
The treaty is aimed at tackling corruption on an international level and remains the only comprehensive set of measures designed to address corruption from the supplier side of the deal. The OECD’s 34 member states banded together with five non-OECD countries: Argentina; Brazil; Bulgaria; Russia; and South Africa to reduce corruption in the business world by criminalising the bribery of foreign officials. It was originally devised to level the playing field in the international business arena and was also meant as a vehicle by which more developed countries could help tackle corruption in their less developed counterparts.

The Convention requires making it a crime for individuals and companies to offer, give or promise bribes to foreign public officials in any country to gain advantages in international business deals. The treaty mandates State Parties to take sanctions against bribery carried out by companies based in countries that have signed the Convention. It was designed as an inverted pyramid of action, with the treaty at the top, expanding through ‘national legislation’ to ‘prosecution’, culminating with ‘sanction’ at the base.

Legislation must be passed and enforced criminalising the act of bribing a foreign public official. The WGB then monitors each country’s progress through its regular reviews. The Convention, its subsequent reports and country recommendations have been praised by Transparency International (TI), which describes the WGB monitoring mechanism as the ‘gold standard’ of the international system for reviewing the implementation of international treaties against corruption.

Bribery and corruption can be extremely damaging to businesses and governments accordingly, as well as being morally questionable, according to the Anti-Bribery Convention preamble. Money spent in bribing officials can certainly be better spent generating trade, and increasing productivity. Bribery is hugely detrimental to competition based on price and quality, and impairs market efficiency and predictability. Despite this, before the Convention, bribery had become a necessary evil in order to facilitate important transactions, but it certainly was not good for business.

A joint long-term effort
No one expected the Convention to eradicate global corruption overnight. The treaty is the first step in levelling the international business playing field; it is not a solution for corruption on its own. But it addresses some vital aspects of international business trade that went unregulated before. Prior to the Convention it was legal in some countries to write off bribes to foreign public officials as tax-deductible expenses. All 39 signatory countries have since banned this practice. Though the Convention was vastly more ambitious than just limiting this questionable practice, it took aim specifically at companies that exploited corrupt or bureaucratic systems in foreign countries in order to expand their operations. By implementing a coherent set of rules, the hope is that the Convention will limit the scope of corrupt behaviour, and will make such behaviour more preventable and punishable.

In 2009, the State Parties reaffirmed their commitment to the Convention with the adoption of the new Anti-Bribery Recommendation, which is meant to strengthen the OECD’s anti-bribery framework and to help governments better detect, investigate, and prosecute this crime. The Recommendation includes the OECD Good Practice Guidance on internal controls, ethics, and compliance, which is the first specific guidance for companies adopted at the inter-governmental level.

No country can singularly tackle cross-border corruption, and all countries have an interest in eradicating the business distortions created by bribery. By all agreeing to legislate, everyone was committed to change. Though the Convention initially aimed at tackling corruption in developed nations, the broader goal was fairer and more transparent business trading across the globe. While State Parties account for nearly 80 percent of world exports and nearly 90 percent of global foreign direct investment outflows, some key economies like China, India, and Indonesia have not yet signed the Convention. However, these countries have already significantly engaged with the OECD Working Group on Bribery in accordance with the G20 Anti-Corruption Action Plan.

The temptations of corruption
Despite the OECD’s Convention aims to tackle corruption in developed nations, bribery and malpractice in business can happen anywhere in the world. However, today it is certainly more widespread in some countries than in others. Bribery in particular is frowned upon but still widely practiced. This is a setback to the implementation of the Convention. The OECD Working Group on Bribery has, to date, completed 18 phase three country reviews. While the group is not yet halfway through this evaluation rotation, some trends are identifiable in countries’ implementation of the Convention. First and foremost, there is a need for increased enforcement in most of the countries; it is a matter of concern that sanctions have occurred in only 14 state parties out of 39. Interestingly, the OECD regularly hear from companies that enforcement is the best deterrent against foreign bribery.

Hope is closer than we think
Though all the countries in the world cannot be signatories of the OECD Convention, they can adopt the same principles in their own fight against bribery and corruption.  They can also investigate and settle a number of corruption and bribery cases not only against their public officials, but also against foreign companies.  Developing countries can set the trend by pursuing and penalising cases of bribery against large multi-national corporations. The trouble is that some developed nations are failing to follow in their footsteps.

However, all is not lost. For every shortcoming there is a story of successful prosecution of companies and individuals involved in briberies. In addition, we should not lose sight that there are 300 on-going investigations in 126 parties to the Convention. All of these investigations are a credit to the implementation of the Convention. It is hard to comprehend why some countries have been reluctant to fully implement all of the terms of the Convention, even though they voluntarily signed and ratified it. This might have something to do with the fragile political willingness to tackle bribery.

Regular reports by TI on the implementation and enforcement of the OECD Convention have proved that the instrument is now more important than ever; and that there is still a long way to go from eradicating corruption and bribery from business practices once and for all. When Russia finally passed long overdue anti-bribery legislation in May 2011 and solidified its commitment to the OECD and the Anti-Bribery Convention, it was a great step in the right direction. Now, 15 years on from the original Convention, OECD and key emerging economies must once again rally together to ensure that the treaty is enforced on a global scale. The alternative is to continually allow bribery and corruption to tarnish the face of many business interactions, unbounded and unchecked.