Fighting deflation globally ain't easy, and it's only going to get harder says James Saft 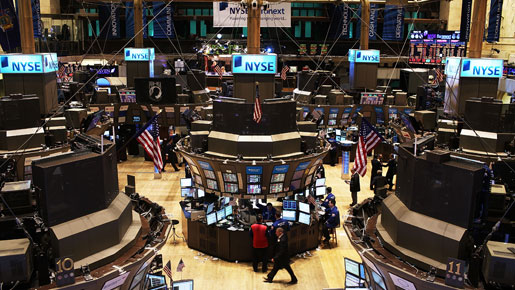 With the US, Japan and Britain – nearly 40 percent of the global economy – facing the threat of deflation, it’s going to be just too easy for one, two or all three of them to get the policy response horribly wrong.

The global economy is so connected, and our experience with similar situations so limited that the scope for error is huge.

Think of it as having three pilots flying a jet plane, one each operating a wing and the third managing the tail.

Oh yeah, and they all work for different airlines.

Though there will be much talk of international coordination in the next year, and though the central banks and governments of the world will likely be rowing in the same direction, their ability to gauge the effects of monetary policy and government spending on their own economies will be pretty limited, and even more so on the whole.

Failure when fighting a global recession, a global balance sheet adjustment, a global banking recapitalisation, debt deflation and very possibly actual deflation can take many forms. “It’s very hard to calibrate, and it’s awfully easy to overshoot or undershoot, both of which would be disastrous,” said Lena Komileva, London-based strategist at Tullett Prebon. Under-clubbing the response to falling prices means you could slip into a self-reinforcing deflation, making your debts, be they consumer, housing or government, heavier, and setting up a cycle where businesses and consumers defer consumption and investment.

Over-reacting risks fomenting a new bout of inflation and potentially causing a new bubble. (Who knows what that would be – dirt, water, baseball cards?)

Remember too, when deflation was last an issue on this scale globally during the 1930s, the global economy was nowhere as near as integrated.

As for now, the signs are clear: deflation is a growing threat in much of the world’s economy, though still to be sure not the central forecast.

US producer prices dropped by 2.8 percent in October, the largest decline on record. Core intermediate goods and core crude goods prices, which show inflation at earlier stages in the production cycle, fell by a big 1.7 and a staggering 17 percent, respectively.

Consumer prices, which are usually sticky on the way down, fell at a record rate in October, down one percent and even falling by 0.1 percent in the month when plunging food and energy prices are excluded. That will kill corporate profits, and shows a business community racing with consumers to see who can capitulate fastest.

Here, there and everywhere
Inflation is falling rapidly in Britain too, with overall consumer price inflation down 0.2 percent in October, the first monthly fall since the annual January sales and the first in October since 2001, just after 9/11.

Japan, meanwhile, has slipped back into recession, domestic demand is weakening, wages are falling and deflation may develop some time next year, a scenario Barclays Capital rates as a 40 percent chance.

Even China, where inflation has tumbled to four percent in October from a 12-year peak of 8.7 percent in February, has moved its focus to averting deflation.

Be in no doubt, central banks have the tools to fight deflation; while interest rates can only be cut so much, officials can step up the quantitative easing now happening, they can commit to hold rates at zero for an extended period of time, they can drive down their own currency by purchasing foreign bonds or finally, simply print money and drop it from the famous helicopters.

The issue is not the tools, but the speed of the printing presses or size of the bond purchases needed to get the right result, especially when it is interacting with what will be huge tax cuts and deficit spending.
A mix of monetary and fiscal policy will work, but it’s got to be the right mix and it has to be reasonably well coordinated internationally.

None of this is without risk. Remember the last deflation scare in the U.S. in the early part of this decade, which in retrospect caused the monetary bubble which was nursemaid to the housing bubble.

Print money or borrow excessively and you could lose the confidence of the currency market and experience a run, which certainly will help to fight deflation but is no-one’s idea of good policy.

In theory the amount the state will need to borrow will be in part offset by the amount individuals save, or more to the point pay down in debt and decline to invest privately. That theory will be put to the test by the number of governments who are going to be selling a very large number of bonds, which will after all have to be paid back. Next year is looking as if it will be as unconventional as it is scary.