With the world emerging from recession, businesses are right to make restoring profits their priority. However, it would be short-sighted to do so at the expense of corporate social responsibility, writes Amit Bhatia, founder of Swordfish Investments 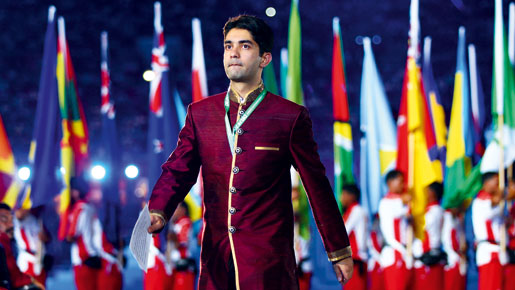 The global recession saw economic growth rates drop dramatically across the world in just a few years. This not only affected countries and businesses but also the lives of ordinary people. With governments, businesses and individuals all focused on financial survival, an environment of cost cutting and streamlining was created. Meanwhile, personal and social aspirations had to be put on hold.

With a new age of economic austerity now on the horizon, many companies will be tempted to shelve projects that make no instantly measurable contribution to their bottom line. It is an understandable approach at a time when they are facing huge pressure from stakeholders to increase profits. However, I believe that now is the right time for companies to stay true to the ambitions they held in more affluent times. In the long term, it is those businesses with a purpose beyond profitability that will reap the greatest rewards.

It is possible to argue that by simply producing its product, making a profit and providing people with jobs, a company is already making a substantial contribution to a nation’s economy. But there is also a more sophisticated view. Businesses are in a unique position to make a much wider contribution and should see it as a responsibility rather than a choice to actively engage with the communities in which they are present. This approach will generate long term and sustainable advantages in terms of the business’s growth and profitability. It is also inevitable that businesses will prosper more in a happy, healthy society. I have no doubt that a successful business is one that is socially aware.

This requires making a tangible commitment – it means investing time and resources as well as money. The best businesses focus on projects that, after an initial investment, will become self-sustainable. Of course profits are crucial. After all, no business has a future if it cannot make money. But equally businesses must contribute to the communities in which they work. ArcelorMittal, the company founded and managed by my father-in-law Lakshmi Mittal certainly follows this approach to great benefit.

The company strives to facilitate the infrastructure of the modern world – its strapline is ‘taking responsibility for transforming tomorrow.’ It does this primarily through the steel it produces, but it also addresses many social issues through the ArcelorMittal Foundation.

For example in Argentina, the Foundation works alongside global organisation Ashoka and its ‘Avancemos’ (Youth Venture) programme to identify and invest in young social entrepreneurs. These are individuals with innovative and practical ideas for solving social issues. The idea is to inspire and support young people to launch and lead their own social initiatives, helping an entire generation of young Argentinians to develop as agents of social change. ArcelorMittal was also recently acknowledged as the best company to work for in Brazil. One of the reasons for this is its investment in community projects across the country. Given the importance of Brazil to ArcelorMittal globally, this is a very good example of doing well by doing the right thing.

I firmly believe that a successful business is a responsible business, and long-term growth for shareholders goes hand-in-hand with making a meaningful contribution to society, for example to health or education. One initiative I am personally involved in is the Mittal Champions Trust, which was founded in 2005 to nurture India’s top Olympic athletes. The Trust provides training, coaching expertise, equipment and nutrition advice to talented athletes who otherwise might not fulfill their potential.

One athlete who came through the Trust was Abhinav Bindra. He became India’s first individual Olympic gold medalist when he triumphed in the air rifle shooting event at the Beijing Olympic Games in 2008. Our athletes followed this success with an impressive tally of 12 medals at last year’s Commonwealth Games, including five golds. This gave a considerable boost to India’s overall tally of 101 medals, of which 38 were gold.

I am extremely proud of the work of the Mittal Champions Trust and I hope that with our continued investment and support, India will have a successful London 2012. We have been preparing the athletes by sending them to world-class training centres, where the likes of Kobe Bryant and Tiger Woods train. Until now, India’s talented athletes did not have access to the best training amenities. For my family this seemed an unfair disadvantage that we wanted to help erase.

Success at international sporting events brings considerable pride to a nation, but it also has more far-reaching benefits. Children and young people are encouraged to exercise and look after their health. They are also taught valuable lessons about teamwork, focus and ambition.

After becoming an owner of Queens Park Rangers FC, I took up the position of Chairman for its charitable organisation, the QPR in the Community Trust. I take enormous pride in our work using the QPR brand to improve the lives of people both in the local community and further afield. Performance on the field and QPR’s business infrastructure will always be of ultimate importance. However, I also feel passionately about the work of the Trust. Using the club’s resources and influences, it supports more than 100,000 children and young adults every year.

The Trust recently won Best Community Project (disability) at the Coca-Cola Community Club of the Year Awards 2011 for its Downs Syndrome Tiger Cubs project and I was humbled to receive an award for ‘Community Business in Sport’ at the British Asian Sport Awards last year. There are now 65 people registered with the initiative, which provides football training sessions three times a week.

For many, it is one of the only opportunities they have to interact with adults other than their parents as well as other people with Downs Syndrome. As a result, they are enjoying a noticeable improvement in their social wellbeing and many have forged lasting friendships. Achieving lasting growth and prosperity requires responsibility beyond profit. It is a philosophy businesses seeking success in the long term would benefit greatly from following.