Eurozone crawls out of deflation 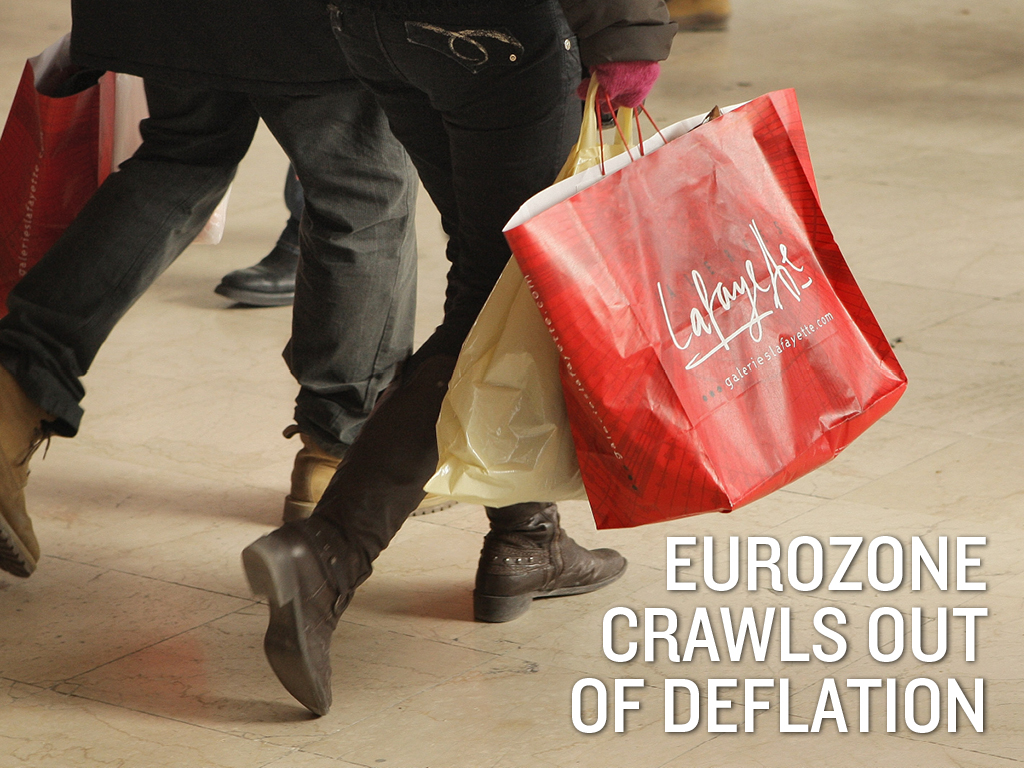 Eurostat readings for April show that inflation in the eurozone edged out of the negative territory in April and stood at 0 percent, up from -0.1 percent in March. The flash estimate, provided by the statistical office of the EU suggests, that momentum is building, albeit slowly, in the region, though also that many of the same issues remain.

The figures should serve to nullify fears that a deflationary spiral could take hold in the eurozone. The realisation that consumer prices ceased to fall in April shows that the eurozone’s prospects are strong enough at least to offset the collapse in energy prices. In the month of April, energy prices were down 5.8 percent, less than the six percent seen in March though still significant enough to slash living costs.

The largest components of euro area inflation were services

The largest components of euro area inflation were services, at 0.9 percent, as well as food, alcohol and tobacco, which clocked in at 0.9 percent, 0.3 percent higher than the same figure in March.

The ECB President Mario Draghi made clear at the beginning of April that he and senior figures at the bank felt monetary policy was doing much to protect against deflation. “Looking ahead, the Governing Council’s focus will be on the full implementation of the monetary policy measures it has taken,” according to the bank’s latest bulletin. “These measures will contribute to a further improvement in the economic outlook, a reduction in economic slack and a recovery in money and credit growth. Together, such developments will lead to a sustained return of inflation towards a level below, but close to, two percent over the medium term and will underpin the firm anchoring of medium to long-term inflation expectations.”

An end to the area’s falling consumer prices has come sooner than expected, and while sources at the bank have been quick to praise the immediate impact of QE, the positive results could mean also that the bank could consider ending its bond-purchasing programme prematurely.