Share-trading platforms worldwide are desperately seeking new means of attracting and retaining clients, in many cases turning to expansion. But what of smaller institutions? 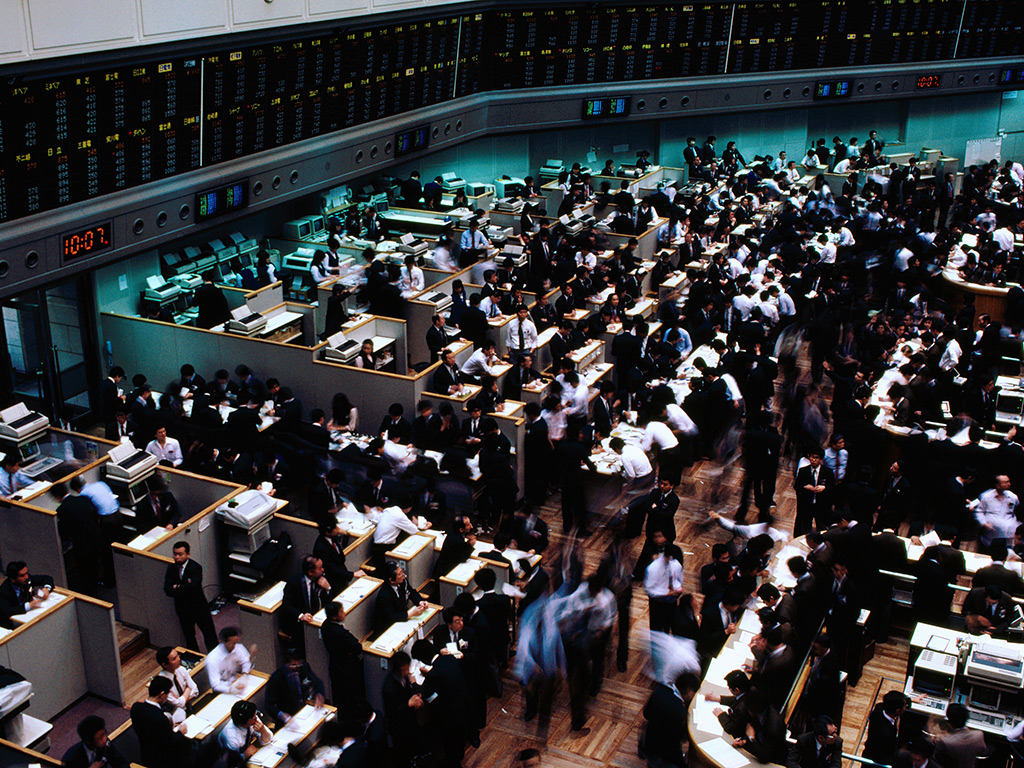 If stock exchanges are to thrive in the current market, they must equip themselves for diversified client demands, tightened regulations and rapid technological gains. Many analysts consider those outside the top two tiers incapable of surviving in the current market, resulting in a gross degree of expansion in leading exchanges – most notably in the form of merger plans – to ensure greater visibility and liquidity prospects.

Neil Katkov of financial consultancy Celent said of merger plans: “This is a rational response to an evolving competitive environment.”  Traditional equity businesses are thus required to alter their practices if they are to persevere in the current market. While the world’s largest equities businesses clamber for a diminishing base of clients, those of a smaller stature – particularly in Europe – are focusing on niche markets for the foreseeable future – with varying degrees of success.

The continued expansion of leading exchanges and the sharpened focus of smaller ones seems to have determined the framework for present day trading: though, in some cases, the aggressive expansion of large exchanges is at the expense of smaller companies attempting to float shares on the market.

Merger deals
The proliferation of merger deals among leading stock exchanges has led to rival trading platforms formulating better incentives for attracting and retaining clients – aside from demonstrating a greater market cap. In recent years, equity giants such as Deutsche Börse and NYSE Euronext have committed to merger plans, combining equity-trading shares and greatly increasing profitability.

As regions of Europe have suffered from the economic downturn, many companies have moved funds to foreign markets. When the economy recovers and wealth is redistributed, many exchanges fear financial growth will quickly turn to loss. The withdrawal and redistribution of funds will undoubtedly offset the balance sheet of the market, further justifying the solidification of stock exchanges through means of merger deals – in effect granting greater insurance against market downturns.

In the wake of the financial crisis, the world’s leading stock exchanges are generally being made to focus predominantly on international markets to cement a greater market cap. The Tokyo Stock Exchange (TSE) and the Osaka Securities Exchange (OSE) have agreed upon a merger deal. Atushi Saito, Chief Executive of TSE, says this is because “the Japanese market needs to be of a certain size and offer unique services in order not to be left behind by global developments”.

The merger, to be implemented later this year, aims to provide a more attractive place of doing business than either the TSE or OSE alone. Lee Porter of Liquidnet said: “If you’re a broker with two sets of connectivity and two sets of relationships with two separate exchanges, removing one set will make your life cheaper and easier. And for the exchanges themselves, there have to be economies of scale, which should get passed on to users.”

The TSE/OSE merger is perhaps not representative of the whole in that the emphasis is less on overseas expansion – as with many other exchanges – but more on establishing a firm base for Japan’s economic recovery. The merger deal allows TSE and OSE to compete with leading exchanges such as Börse and NYSE Euronext – though such growth at the top end of the scale has created a marked disparity between large and small stock exchanges.

As many of the leading stock exchanges aim to consolidate their assets by merging with others, focus has shifted towards attaining large corporations. Reasons for such a shift relate primarily to the significance of market cap in indicating an exchange’s reputation.

As leading exchanges look to expand their client base, the necessary requirements for floating shares is notably increased, restricting smaller businesses from entering into trading.

Niche markets
As stock exchanges expand and diversify, a measure of neglect is instilled in these newly formed conglomerates. There is an opening for smaller exchanges to target niche markets – most notably in Europe, where stock exchanges aim to focus on domestic and regional markets. Though smaller exchanges such as those in Warsaw, Zurich and Madrid are able to provide a greater degree of local knowledge and support, they are sorely lacking the liquidity and visibility demonstrated by larger equity businesses.

Smaller exchanges are forced to implement continued incentives in their efforts to remain competitive. The Warsaw Stock Exchange (WSE), at present, has a two-year reputation as the fastest-growing market in Europe. In 2011, after Chief Executive Officer Ludwik Sobolewski considered turnover to be “too small”, the WSE sought to boost corporate bond trading by allowing banks to buy and sell securities without the use of a broker.

Kamil Stolarski, an analyst at Espirito Santo Investment Bank said: “The problem of the Polish corporate bond market is that investors, for example banks, participate in debt offerings and then hold the bonds till maturity, treating them like a loan.” The WSE’s attempt at improving liquidity reflects the necessity of implementing trading innovations if small exchanges are to remain an attractive option to investors.

Nonetheless, equity businesses such as the WSE are able to thrive irrespective of uncompetitive degrees of liquidity and visibility so long as they continue to target niche markets and adapt to ever-changing conditions. In recent months, however, there have been further threats to the stability of smaller European stock exchanges – most notably alternative facilities of trading to soon be implemented by NYSE Euronext.

The EE will comprise the existing Euronext and Alternext markets, and will be introduced in response to restrictions on lending and a subsequent lessening of corporate growth amid the on-going financial crisis. Transferring to the exchange are the entire client list of Alternext and approximately 900 companies with a market capitalisation just shy of €1bn from Euronext; it is hoped that such a valuable catalogue of clients will go some way to attracting further interest in the exchange. For it to succeed, it is vital that it demonstrate a large number of listed companies at launch.

While the new exchange is likely to spur growth, it will inevitably impact on the prevailing exchanges of Europe. Fabrice Demarigny, Chairman of NYSE Euronext’s SME Strategic Planning, said: “The new exchange is a complete restructuring of the market… we came to the conclusion [after the financial crisis] that markets could not be the same as before.”

Whereas current attempts at attracting small businesses – such as the Alternative Investment Market and Alternext – are considered relative failures, the new Entrepreneurs Exchange is designed to better reduce the costs of listing shares: effectively removing the barriers preventing small companies from receiving investment.

The current dominance of mergers is ensuring stock trading is a practice meant almost exclusively for large corporations. With curbs on bank lending imposing tighter restrictions on small companies, it’s important that these companies are allowed a better means of achieving profitable growth and granted an opportunity of trade in the current market by smaller trading platforms.