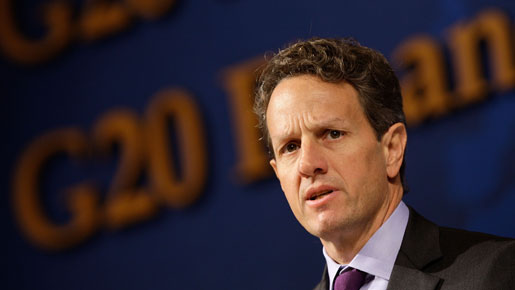 The rapid decline of the dollar and the pound, but also of the renminbi – now more firmly tied to the dollar than ever – is fanning tensions. Some of the ghosts of the 1930’s have returned, too – in particular, the fear of unfair trade advantages caused by competitive devaluation. United States Treasury Secretary Timothy Geithner has already accused China of currency manipulation.

There are two alternative and sharply contrasting approaches to getting currencies right. One is to have an international conference at which experts can suggest models to calculate exchange rates and politicians can negotiate deals. The only successful instance of such an arrangement is the Bretton Woods conference in 1944, but even then the exchange rates that were fixed there proved unrealistic, and a major wave of parity alterations was soon needed (as well as the maintenance of exchange controls).

Other currency-centered conferences were dismal failures. President Richard Nixon hailed the 1971 Smithsonian agreement as “the most significant monetary agreement in the history of the world.” But it was soon in tatters, and the world moved to generalised floating.

In 1987, at the Louvre conference, there was not even any agreement about what had been concluded. Some participants thought they had agreed to a sort of semi-fixing of exchange rates in the form of target zones, but the powerful German Bundesbank never shared that interpretation.

History suggests that collective negotiation about currencies and a new approach to the issue of reserves are unlikely to succeed.

The second, and better, approach lies in agreements in each country about what the appropriate basis for monetary policy should be. If those agreements have widespread acceptance and mutual consistency, the result will be a stable international monetary system.

A century ago, confidence was underpinned by gold; in the more recent wave of globalisation, it depended upon the power of  human intellect to solve policy problems. The end of inflation and “the great moderation” of the past three decades were key to the liberalisation of large parts of the world and to increased confidence, trade, and prosperity.

The search for a monetary rule during the latter period had two phases: in the earliest attempt to construct a basis for stable monetary policy, the emphasis was on monetary targeting. In the second, more successful, phase, an increasing number of countries adopted either explicit or implicit inflation targets.

But inflation targeting was never an obvious concept, and the financial crisis has discredited it. In 2003, Ben Bernanke stated in a speech that many Americans considered inflation targeting “foreign, impenetrable, and possibly slightly subversive.” That feeling is stronger now.

There was always uncertainty over the extent to which central banks should attempt to correct or limit asset-price bubbles when there was no corresponding rise in the general level of inflation. Rising asset prices lead to a general increase in purchasing power, because many asset holders are willing (and able) to borrow more. Many Europeans tried to argue in recent years that monetary policy should also take asset-price developments into account, whereas American policymakers and academics largely resisted this approach.

The problem is that asset prices and consumer-price inflation may move in different directions, as they did in the 2000’s, and that weighing both factors would produce inconsistent policy recommendations. As a result, central banks ran the risk of no longer appearing to follow a clearly formulated policy guideline. The credibility associated with a simple rule disappeared.

After the financial crisis, we have become wiser. Formulating monetary policy has become a more complex process, but also a more politicised process, which is why it is likely to become more chaotic, with sharp differences between national approaches. The Fed and the Bank of England remain less likely to be concerned about the emergence of new kinds of asset bubbles in stock markets or commodities. But the European Central Bank (ECB) will be more worried.

As divergences become explicit, the demand for a wider political debate about monetary policy and for political involvement in its formulation will become more intense. The Bank of England’s Monetary Policy Committee has often been presented as a pioneer in making monetary policy transparent. But, from an early stage, the transparency that resulted from the early publication of who voted for and against rate increases led to a public identification of members of the Committee as hawks or doves.

If it is clear who will vote for which measure, there will be increased demand for a public debate about who should be chosen: why not the MPC, since it is effectively a monetary government? In Europe, a similar debate about the political credibility of European central banks has been smarting since before the ECB was established. Tensions between advocates of different policy solutions will lead to demand for a greater political say.

This exercise looks like a dramatic repeat of the interwar story, when it was impossible to obtain consensus about policy and about mutually consistent policy frameworks. Then, too, central banks were blamed when their policy framework (at that time the gold standard) disintegrated. Consequently, nationalisation of the central bank became a major platform of the British or French left.

That, in turn, cleared the way for manipulation of currencies in the interests of exporters, businesses, and labor unions. The result was international monetary chaos – precisely the path we are heading down now.
© Project Syndicate 1995–2009