While pollution gets most attention, community impact is an equally important environmental concern. The Port of Trelleborg is working for the benefit of customers and local residents 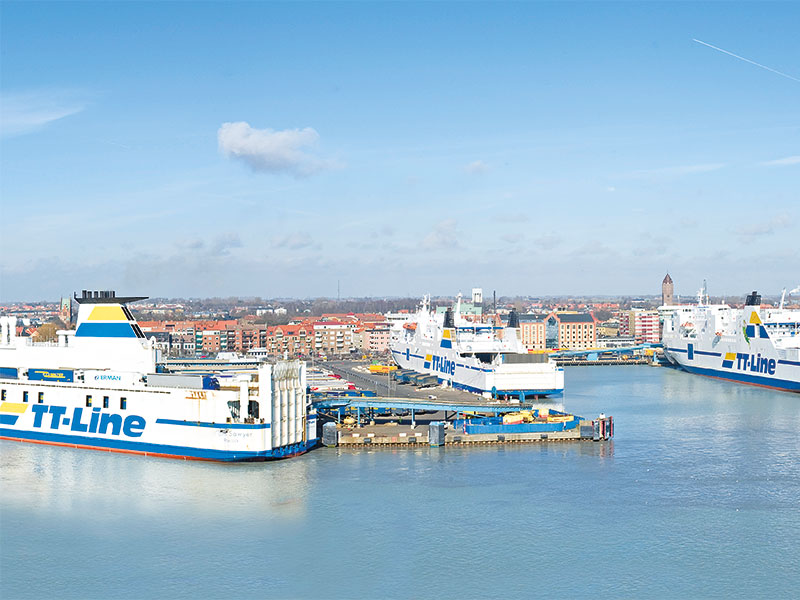 The Port of Trelleborg is the largest roll-on/roll-off port in Scandinavia. It handles a significant share of Swedish foreign export and import volumes. Today, 12 RoPax ferries operate regularly in the four transport corridors between Trelleborg and the European mainland, with efficient, regular links to Travemünde, Rostock, Sassnitz and Swinoujscie. The geographic location of Trelleborg as Sweden’s most southerly port – only 85km from the German border – is perfect for a high-frequency timetable.

Now, however, to cope with growing traffic and customer needs, an extensive project is underway to move the port. In a complex playing field of intermodal competition, regulatory requirements and the port’s own aspiration to become a sustainable entity, the move is an integral part of the port’s strategy to ensure competitiveness and to sustain wealth and growth in the region.

Clear vision
The Vision 2010/2015 plan for the port, based on the sustainable development of a leading Baltic seaport, with special focus on environmental improvements and port capacity upgrades, is now on the way to being completed. In the first stage of the port’s expansion, new breakwaters with a cumulative length of 3km have been built, the port basin has been enlarged, and the water depth has been increased. A new, modern ferry berth has also been built, as well as a new intermodal terminal area and the relocation of the port 500m south-east using new land claimed through dredging. These investments have been made to accommodate increasing traffic, customer requirements for larger vessels up to 240m, and environmental regulations.

The next stage of development will involve the installation of a new check-in, another three ferry berths, a quay, larger yards, two more 750m tracks in the new area of the port, and a new entrance from the eastside. All infrastructure investments are planned to be finalised when a new ring road around the city is completed in 2025. The ring road will enable smooth goods transports to and from the port, an improvement on the current route which runs through central Trelleborg.

Measuring impact
Significant improvement of the port’s environmental and business performance will have a positive spillover effect for the city and community of Trelleborg. Societal integration is an important cornerstone of the Port of Trelleborg’s development strategy. That means major investments and improvements are checked against social aspects and expected impacts. A long-term objective of the community and the port is to develop the city towards the seaside, based on the port’s expansion to the east and into the open water.

For vessels, this means increased safety when manoeuvring at the port and increased efficiency as they save both time and bunker space. Traffic and freight flows will also rationalise, creating a safer and more flexible port that meets the stricter environmental requirements imposed on shipping.

Moving vessel traffic from the present inner ferry berths, closest to the centre of Trelleborg, to new ferry berths south of the existing ones will have significant environmental benefits, including improved air quality and reduced noise in central Trelleborg. When all inner ferry berths are taken out of operation, parts of the former port area will be released for development, for example as urban residential spaces in an attractive part of Trelleborg.