Wealth managers must prepare for the age of transparency

The European economy is approaching a cliff edge, but it’s nothing to do with Brexit. Tax transparency is set to transform the wealth management industry 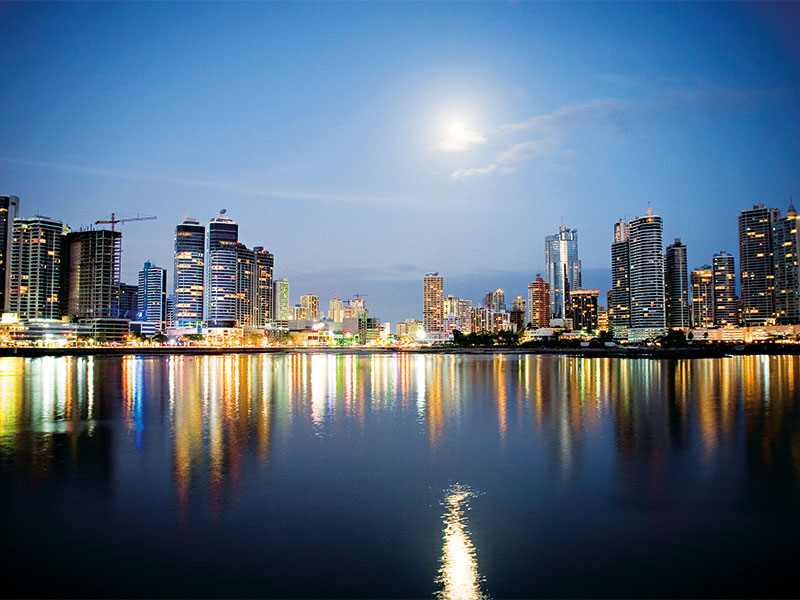 Tax transparency is set to radically change the wealth management industry. Wealth managers will need to think several steps ahead to protect their clients
Finance

Governments and tax authorities around the world are ratifying the automatic exchange of information agreements. As a result, secrecy is no longer an asset; it’s a liability. This presents a renewed opportunity to seize control of tax affairs.

Last month, the OECD announced the Bahamas was the latest state to make the decision to sign the Multilateral Convention on Mutual Administrative Assistance in Tax Matters. This is the strongest signal yet that the automatic exchange of information agreements between governments and tax authorities are inescapable.

For many years, individuals and multinational enterprises have been developing increasingly complex global strategies in order to maximise profits. Most jurisdictions have domestic laws in place to curtail these wealth and income management strategies but, in consideration of the new mobility of assets and the wide variation of tax climates around the world, it has become clear this is not a problem that can be effectively addressed on a national level.

Common framework
In this new world, there is an understandable desire for tax authorities and governments to ensure taxpayers pay the right amount of tax to the right jurisdiction. The pressure has been exacerbated in recent years by a highly politicised public discourse, tainted with distrust, which tends to conflate offshore tax planning and wealth management with tax evasion. The need to exchange relevant information on a bulk basis, freely and automatically, and to address the problem of offshore tax evasion and avoidance, has now been internationally acknowledged.

The OECD’s Common Reporting Standard (CRS) was approved by the OECD Council in 2014, designed to facilitate global exchange of financial account data. It calls on jurisdictions to obtain information from their financial institutions and automatically exchange that information with other jurisdictions. The Multilateral Competent Authority Agreement (MCAA) was developed to create a legally binding international framework in which these exchanges could take place.

Whether it’s careless reporting or reckless accounting, discrepancies in exchanged data will raise red flags to the authorities

By signing the MCAA, the first signatory jurisdictions – including all EU member states – have pledged to work towards starting the exchanges of information by September this year, while others are to follow by September 2018. But there are others talking about pushing it back – concerns about misuse and mishandling of sensitive information remain.

Thanks to the work of the OECD and the increasing number of nation states signing up to the CRS and MCAA, the number of bilateral relationships is predicted to reach 1,300 by 2018, schedule permitting. As highlighted above, such is the international pressure on jurisdictions, even those with favourable tax climates such as Luxembourg, the British Virgin Islands and Hong Kong have added their signatures and agreed to exchange information. Perhaps most surprisingly, even those with tainted reputations are eager to join the fray, possibly as absolution for past opacity – Panama being a notable example.

Who is affected?
Although the system is based on the US Foreign Account Tax Compliance Act (FATCA) regulations, the CRS has a much broader scope in terms of its definition of the ‘financial institutions’ compelled to submit their data to their resident jurisdictions. The UK Treasury estimates the CRS will bring an additional 1,000 financial institutions not previously affected by FATCA in scope.

It’s difficult to gloss over the fact that it is those with offshore assets, most likely expatriates, who will come under the most scrutiny – exactly whom the system was designed to target. Whether it be in the form of foreign investments or property, if their jurisdiction has signed up to the CRA and MCAA, by 2018 information will be available to governments that will expose anything from undisclosed assets through to undisclosed income generated by those assets.

The absence of punitive sanctions attached directly to the CRS and MCAA isn’t to be taken at face value: it means only further uncertainty for the asset holder. Non-compliance will likely be handled at a domestic level: some jurisdictions acknowledge fines already paid and some don’t, meaning an individual or enterprise could be liable for multiple sanctions from several jurisdictions at once.

Damage limitation
The CRS and the repercussions for non-compliance provide a strong incentive for those with complicated tax affairs to take active responsibility. Further incentive is offered through voluntary disclosure programmes, available in 46 jurisdictions across the world. Notably, the UK tax authority (HMRC) introduced a Worldwide Disclosure Facility in 2016 for individuals and companies to disclose undeclared UK taxes in relation to offshore assets. It offers no special terms; tax owing is still expected in full, with interest and a minimum fine of 30 percent on the tax due. But, with HMRC holding the power to fine a maximum of 200 percent of the tax outstanding, disclosure through this programme is certainly preferable.

Tax and wealth management consultancies acting on behalf of expatriates and high-net-worth individuals need to reinforce or, in some cases, develop a more stringent and far-reaching process for onboarding so all assets and investments overseas are disclosed upfront. Furthermore, a forensic audit of clients’ asset history should be conducted immediately where there is any uncertainty. In these circumstances, poor accuracy has the same potential as wilful noncompliance to detrimentally impact a client’s wealth and tax affairs. The first step is to ask the question: “Is the information held by my client’s financial institutions accurate?” Whether it’s careless reporting or reckless accounting, discrepancies in the exchanged data will raise red flags to the authorities.

Long-term change
Like it or not, this level of due diligence must now become commonplace. It is always in the client’s interests to ensure documentation such as self-certification forms is returned fully completed; information can then be accurately matched to a client’s personal tax records.

Remember also that the exchanged data will be retrospective, including information on accounts that have since been closed and encompassing outdated practices which left significant margin for error. The use of blank forms, for example, used to be standard practice in the industry, as convenience outweighed accuracy.

For the first time in history, the promotion of and demand for transparency will ultimately yield a better result for the individual, so long as they are well prepared. Indeed, individuals and enterprises affected should approach the next few months as a chance to turn the obligations brought by the CRS into an opportunity. A universal change in reporting behaviour has become not only desirable, but mandatory. This means a mindset shift. It means reframing the set of questions, from “How do I protect my assets?” to “How do I retain control over the information that is being shared about my assets?”. The first step is always to ensure the data held by financial institutions is correct and accurate.

The CRS undoubtedly marks a huge step forwards for the ongoing democratisation of wealth. Any policy so far-reaching and transformational is sure to upend many entrenched processes and procedures, right down to the minutiae of wealth management behaviour. Clearly, this has the potential to yield painful side effects in the short term, but these will soften over time if the change is navigated wisely. The best course for everyone is to be side-by-side with those who understand the system and can anticipate trends and upcoming change.