A deal last week has brought Uganda a step closer to becoming a significant oil producer, offering billions of dollars of fresh investment to develop newly discovered oilfields. Italian energy giant Eni said on Monday it had agreed to buy a stake in two large oil exploration blocks in Uganda for up to $1.5bn. For […] 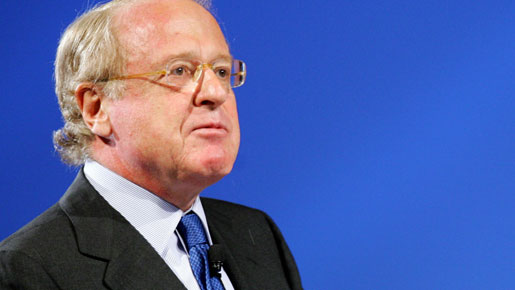 Italian energy giant Eni said on Monday it had agreed to buy a stake in two large oil exploration blocks in Uganda for up to $1.5bn.

For a decade, exploration in the land-locked former British colony has been carried out by a handful of independent oil companies who have drilled a series of successful wells but who lack the large amounts of capital or expertise on their own to bring the local oil industry to its full potential.

The entry of Eni, an integrated oil company with enough cash to build pipelines, terminals and refining capacity, heralds an escalation of development, which analysts say is likely to make Uganda one of the top-50 oil producers by 2015.

“To develop these resources is going to require multiple billions of dollars in investments, and Eni would not want access to Uganda’s oil if the prospects were not good.”

“Scratching the surface”
Oil was first discovered in the region in the 1920s in the Albertine Graben – the northern most part of the East Africa Rift system – and the first well was sunk in 1938. But World War Two and political instability in Uganda between 1940 and the 1980s meant there was limited exploration.

The search for hydrocarbons began in earnest in the 1990s after a return to political and economic stability following President Yoweri Museveni’s ascent to power.

Uganda now has nine exploration blocks from its northern border with Sudan through Lake Albert on the western border with the Democratic Republic of Congo and south to Lake George.

Tullow Vice President for Africa business Tim O’Hanlon says the company’s blocks in the country have the potential for reserves of over two billion barrels of oil and some analysts believe this could be a conservative estimate.

“They have just been scratching the surface so far,” said Pearmain. “Results have been very successful. All but one of 25 wells has found oil or gas — an amazing strike rate. And there is a lot of acreage that has not yet been touched.” Only about a third of Uganda’s licensed oil exploration areas have yet been explored and geologists see huge potential.

“Apart from the reserves discovered already, there is talk that Uganda is sitting on about another six billion barrels, on top of the two billion
barrels already confirmed,” said one fund manager who invests in energy projects in Uganda.

“Conservative”
“Some of the investment community believes Uganda has the potential for much more substantial reserves than have already been discovered. The oil companies are being very conservative,” said the fund manager, who declined to be identified.

Uganda has already attracted around $500m in exploration investment but it will take billions more to bring on the oilfields already identified.

Eni, which is buying a 50 percent interest in blocks 1 and 3A around Lake Albert from explorer Heritage Oil, is expected to build a pipeline eastwards from the lake, possibly to the Kenyan port of Mombasa, the nearest harbour 1,300 km (813 miles) away and a potential export centre for Ugandan oil.

The costs will be high. The pipeline will need to be heated as the oil is waxy and the Ugandan government also wants a refinery to be built to feed growing local consumption that is now supplied by imports from Kenya.

Tullow is building specially designed and engineered rigs to drill in Lake Albert, also an enormously costly exercise. But the investment should pay dividends. Analysts see Uganda producing 100,000-150,000 barrels per day (bpd) by 2015, putting it on a par with some other African producers such as Chad.

Tom Cargill, Africa programme coordinator at London think tank Chatham House, says the cost of building infrastructure is likely to limit returns for Eni and the other oil companies in the country but sees good long to medium-term returns.

“It will squeeze margins but if you are a large enough operation it will still be an attractive proposition,” he said. “Uganda is a reasonable mid-level prospect and I’ve not seen anything that suggests we are being misled on the resources there. If the financing and the correct deal can be put in place, the prospects are positive.”