Durban Investment promotion has launched their Super 7 initiative; the seven key reasons Durban is attractive to business and leisure visitors. Coined ALL HITS, A is for... 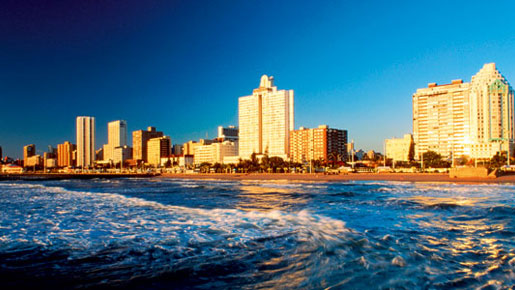 1.  Award winning Municipality. We have the best run and financially strongest local government on the continent. Awards are bestowed through the likes of the Vuna awards – recognising Durban as being the best-run city in South Africa, with 18,500 employees. International credit rating agencies have given us the investment grade credit ratings of AA+ off a budget of approximately R26Bn ($3.3bn) p.a. We have a huge, expanding fibre optic system to really make Durban the Smart City. We also have one of the lower cost/higher benefit basket of rates and services levies across the major centres in South Africa.

2.  Lifestyle of business, sports and event pleasure together. This is a place to live, work and play. You might have other centres that are dominated by the business side, but perhaps not as blessed as we are with the sustainable lifestyle, sporting events and sense of pleasure as well as having a huge business side to them in terms of manufacturing or infrastructure profile. The emphasis for us is on the word together, it’s the two complementary halves, the business or career half and the social, sporting and lifestyle-family side.

3.  Largest human resources base. At the heart of one of SA’s most populace Provinces (KwaZulu-Natal), we have large pools of skilled, semi-skilled and unskilled labour, plus some of the best and fastest Skills Development taking place amongst our 3.5 million cosmopolitan population. For example, we have Africa’s second largest direct contact University based in Durban, the University of KwaZulu-Natal, with over 45,000 direct contact tertiary students of Black African, Asian and European decent.

4.  Highest growth rates. Our economic growth rates are higher than the country’s average, and that of the other major centres, historically in the region of +/-6 percent prior to the recession. We’re targeting in that range again. This impacts positively on business confidence levels and fixed capital formation.

6.  Tourism crown. Durban is the largest domestic tourism destination in South Africa, plus we have concrete projects in place to become one of the largest international tourism destinations. Our International Convention Centre is rated by the global association as Africa’s best convention centre for the last eight years running. We have recently spent nearly half a billion Rand in terms of further expanding its footprint. On the leisure front, we have recently hosted high profile events such as the A1 Grand Prix where the global organisers and competitors rated Durban as the best host City. This event-led tourism build up is clearly focusing on our 2010 Soccer World Cup event, with the associated infrastructure upgrades (R15Bn+.), the build-up events such as FIFA Beach Soccer World Cup, and the life after 2010 with our eyes on the Commonwealth Games and Olympics.

7. Substantial, successful, sustainable business base already in place across the primary, secondary and tertiary sectors. It’s a case of functional magnetism – companies like to be located synergistically, with over 65 percent of the Provinces GGP produced in Durban, along with the Durban Chamber of Commerce being the largest Metro Chamber nationally. Business is clustered around the manufacturing, tourism, services, maritime and logistics, plus agri-industries.

These are the ALL HITS Super 7 that make Durban attractive to both residents and visitors alike.