The debate over whether countries should have an elected head of state or a monarch is difficult to resolve. Looking at economic considerations is useful, but still might not bridge this divide 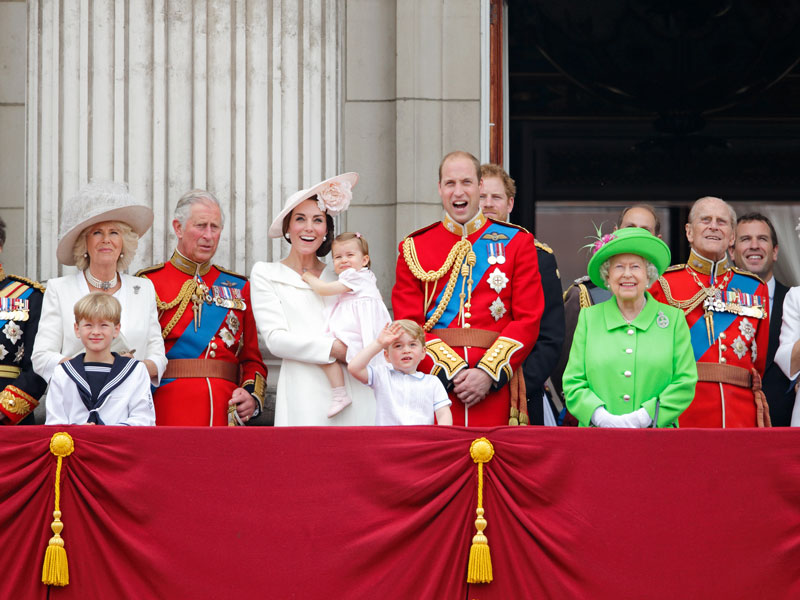 Monarchies are divisive subjects, and an individual’s support or rejection of them often stems as much from an emotional reaction as it does a rational one
Featured

An anachronistic relic of the feudal societies we used to inhabit, or a benign connection to tradition and a country’s past? Monarchies are divisive subjects, and an individual’s support or rejection of them often stems as much from an emotional reaction as it does a rational one.

Even so, it seems worthwhile to look at whether the numbers suggest countries with a king or queen hold any advantage compared with those that don’t. While unlikely to convince republicans or royalists of the merits of the other side’s point of view, it will bring some factual relief to what can be a heated debate.

Comeback kings
Currently, unless any successful uprisings have taken place since European CEO went to print, there are 29 monarchs in the world (assuming you consider the Pope to be the monarch of Vatican City). Across these countries, the mechanisms of political power operate differently, ranging from absolute monarchies, where the sovereign possesses supreme authority, to constitutional monarchies in which the king or queen has a largely ceremonial role. In Saudi Arabia, for example, the current head of state, King Salman bin Abdulaziz Al Saud, also holds the position of prime minister, giving him largely unfettered power – although he has now allocated much of this to his son, who is next in line to the throne. As evidence of the royal family’s control, in April last year, Salman ratified a royal decree ordering the beheading of 37 Saudi citizens for alleged terror offences. The dismembered body and head of one of those convicted was put on display as a warning to others.

Many royal families know that, unable to crush the peasants by force, their position is dependent on public support

For most monarchies, however, such vulgar displays of power are confined to the history books. In fact, many royal families know that, unable to crush the peasants by force, their position is dependent on public support. Executions are out; dutiful displays of affection for your people are in. Royal scandals, like recent ones in Belgium − where the former king admitted to fathering a daughter as the result of a 1960s affair − and the UK, can become existential crises if not dealt with.

Even so, many monarchic countries are broadly happy with their de facto rulers. According to a 2018 Ipsos MORI poll, Spain is the country with the highest proportion of anti-royal sentiment, with 37 percent of respondents wishing to abolish the monarchy. Sweden took second place with 23 percent. In contrast, some countries that are without a monarchy are looking to bring them back.

Romania has been a republic since its last king, Michael I, abdicated in 1947. Nevertheless, the country’s parliament recently discussed putting the monarchy’s restoration to a public vote. In Brazil, where the monarchy was abolished in 1889, royalists have been boosted by the election of far-right president Jair Bolsonaro, who they believe shares many of their values. Such sentiments owe their growing support not only to nostalgia: political failings in republics (particularly corruption) also push citizens towards monarchical support.

Money is power
One of the most contentious issues in the debate between royalists and republicans relates to the financial burden the public must bear in order to support the monarch and their family. This usually runs into many millions, with palaces, carriages and royal duties all costing huge sums. Of course, royalty brings in funds as well, particularly through tourism.

According to a 2016 study by Dutch newspaper de Volkskrant, the annual cost of a royal household varies significantly across Europe, with Norwegian taxpayers forking out around €9.70 a year per taxpayer, while Spanish citizens pay just €0.16. A significant disparity, but not one that is likely to make much difference if you object to the monarchy as a matter of principle.

Determining how much money a monarchy brings to its economy is more difficult, as even in republics, former royal residences continue to generate income as historical sites. Muddying the waters further, many royal families are not entirely forthcoming regarding their finances. An earlier de Volkskrant investigation classified the monarchies of Belgium, Denmark, Luxembourg and Spain as “not transparent”.

Research undertaken elsewhere, however, has suggested that countries with a monarchy fare better economically than republics. Standard & Poor’s found that states with a monarchy have an average credit rating of A- compared with republics, which have an average rating of between BBB and BBB-. However, absolute monarchies also scored highly in terms of external risk, while monarchies generally recorded higher levels of debt.

Monarchies have other interesting economic quirks, too: according to research gathered by Mauro Guillén, a professor of international management at the Wharton School of the University of Pennsylvania, monarchies do a better job of protecting individual property rights. “What I found was essentially that monarchies tend to protect property rights in the contemporary world much better than republics in general – and, in particular, than dictatorships,” Guillén said. “That, in the end, results in better economic performance as measured by living standards. So, in other words, people who live in countries that have a monarchy tend to enjoy higher standards of living than those in republics, precisely because monarchies protect property rights to a greater extent.”

One estimate suggests that the British royal family generated £2.76bn (€3.3bn) for the national economy between 2014 and 2018, a net profit of just over £2bn (€2.4bn). In Belgium, the net profit over the same period was valued at €131m, while in Spain it was €83m. A pretty good deal overall, but one that may still not convince republicans that having an unelected head of state is justifiable.

Moving with the times
Republics now vastly outnumber monarchies, and the only reason many of the latter have survived is by evolving and adapting. The divine right of kings may have been accepted in the 16th century, but it’s more than a bit outdated today. Instead, most monarchs know they reside on shaky ground. Republicanism is present in all states with a king or queen; the aim is to keep this movement in the minority.

Economic statistics bring some added clarity to the debate (and usually support for monarchists) but must always be taken with a pinch of salt. Putting issues of transparency to one side, the relatively small sample size of states with a royal family means that any economic justification for their existence is limited – after all, one single queen is head of 16 of the 44 states that currently have a monarchy.

Plus, correlation does not necessarily mean causation. Although the likes of Belgium, Denmark, Canada and Japan are all prosperous nations with a monarch, the US, Germany and France are examples of wealthy states without one. It is difficult to state with any degree of certainty how much a country’s economic might and stability stems directly from its head of state. Republicans and monarchists are never going to agree on whether the throne should be empty or not. Whether your argument appeals to reason or emotion, perhaps it’s better to simply agree to disagree.