The tequila industry gets a shot at the big time

Tequila has the second-fastest-growing sales of any spirit globally. But if it is to maintain its soaring popularity, the industry must guard against supply shortages 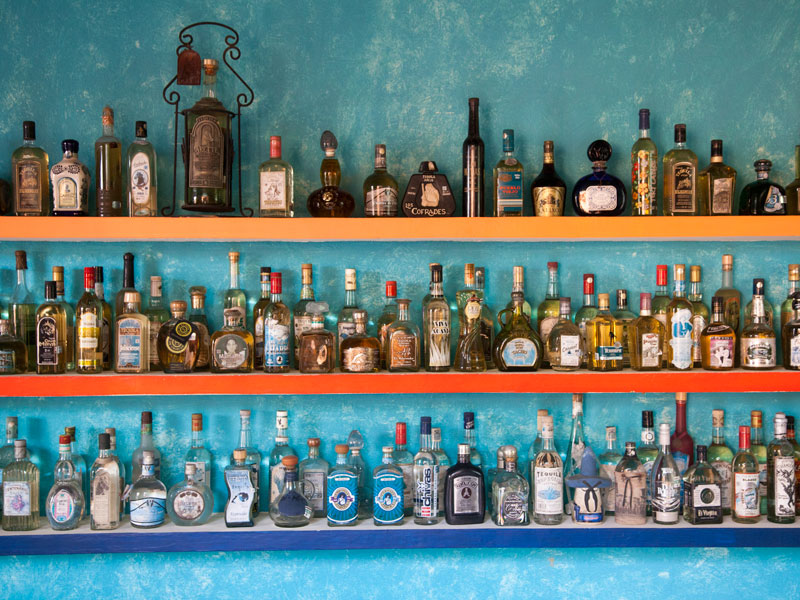 Tequila, made from the blue agave plant, is now the second-fastest-growing category of spirit in terms of global sales. Demand for its smokier cousin, mescal, is also skyrocketing
Featured

In bars around the world, the tequila is flowing. The Mexican liquor, made from the blue agave plant, is now the second-fastest-growing category of spirit in terms of global sales. Demand for its smokier cousin, mescal, is also skyrocketing. According to drinks market analysis firm the IWSR, volumes of agave-based spirits increased 11.4 percent globally between 2016 and 2018.

This has been a huge boon to Mexico. Last year, the North American nation broke records in terms of production and exports of tequila. “In 2019, we achieved the highest production of tequila, reaching 330 million litres in November,” said Miguel Ángel Domínguez Morales, President of the Tequila Regulatory Council, in a statement.

But with demand rising for Mexico’s national drink, farmers and distillers have been plagued by supply problems. According to Mexico’s National Chamber of the Tequila Industry, 51 million agave plants were harvested in 2019, down from 79.6 million in 2017. With consumer interest on the up, agave shortages show every sign of reoccurring.

As demand for tequila has surged, farmers and distillers have struggled to harvest agave quickly enough

Changing tastes
Tequila isn’t the most sophisticated of spirits – that’s what many of us think anyway, thanks to its reputation as a ‘shot-only’ drink, more often associated with American frat parties and hangovers than stylish soirées. “Tequila appreciation has grown by leaps and bounds worldwide in the past 20 years,” Clayton Szczech, founder and tour leader of tequila tourism company Experience Agave, told European CEO. “However, most people are still introduced to additive-laden, industrial products with slick labels rather than natural tequilas produced in craft processes.”

In recent years, though, consumers have become more willing to explore the drink’s classier side: according to global measurement and data analytics firm Nielsen, the ultra-premium category now accounts for 38 percent of the overall tequila market. “The interest in agave spirits in general has trended up this year, with premium products and smaller, more niche brands gaining good market share,” Dawn Davies, Head Buyer at the Whisky Exchange, told European CEO. In fact, Davies revealed that the Whisky Exchange has added 50 tequilas and 60 mescals to its portfolio within the past year alone.

The growth of the premium tequila market has been spearheaded by several companies, including Casa Noble, Tequila Herradura and Patrón – the latter of which was bought by global spirits giant Bacardi for $5.1bn (€4.64bn) in 2018. In addition to its 10-year-old extra añejo variety, Patrón sells the world’s most expensive tequila, which costs $7,500 (€6,828) a bottle – a clear indication the spirit has entered the luxury fold. Tequila’s profile has also been boosted by celebrity endorsements: actors George Clooney and Dwayne Johnson are among those who have founded premium tequila companies, with Clooney selling his Casamigos brand for $1bn (€913.1m) in 2017.

As Davies explained, the popularity of cocktails such as the margarita and paloma plays an important role in helping consumers see the spirit as a luxury product: “When bars start to get behind categories and use them more in drinks, the consumer becomes more interested in the products. They’re more aware of them and more exposed to different styles and tastes.” Consequently, many brands are releasing experimental tequilas that lend themselves to cocktail making. In 2018, Patrón partnered with Fever-Tree to launch a citrus tonic water, in the hope of encouraging more tequila and tonic combinations.

But producing tequila from 100 percent blue agave is expensive. The price of the plant fluctuates rapidly, and it’s labour-intensive and time-consuming to farm. What’s more, blue agave is highly prone to shortages.

Harvest hangover
Like champagne, tequila is recognised with a denomination of origin, meaning it can only be produced in five Mexican states: Jalisco, Guanajuato, Tamaulipas, Michoacán and Nayarit. This limits supply to some extent, as does the long growth cycle of the blue agave plant. “Blue agave takes six to 10 years to reach maturity, depending on genetic and environmental factors,” Szczech explained. Due to this extended growth cycle, careful planning is needed to ensure distillers meet demand.

In a competitive sector, such careful planning is thrown out of the window all too often. As demand has surged – not just for tequila, but for products like agave syrup and the health supplement inulin – farmers and distillers have struggled to harvest agave quickly enough. As a result, many end up rushing the process. In a 2018 Reuters article, agave farmers described having to harvest four-year-old plants to compensate for the shortage. These plants produce less tequila, meaning more have to be harvested, which exacerbates the shortage.

This has caused the price of agave to spike in the past several years. Between 2014 and 2019, the price of a kilogram of agave shot up from MXN 3 (€0.15) to MXN 26 (€1.27), according to Monterrey Institute of Technology and Higher Education professor Carlos Riggen. As agave plants become more expensive, producers of low-purity tequilas are priced out of the market. According to data from ISCAM, a Mexican company that tracks consumer prices, the cost of an average bottle of tequila rose by 23 percent between 2015 and 2019. As prices rise, the question becomes whether consumers will be happy to fork out for higher-quality tequila.

As agave plants become more expensive, producers of low-purity tequilas are priced out of the market

Glass half full
Some industry experts believe an end to the current agave shortage is already on the horizon: Casa Noble founder Jose ‘Pepe’ Hermosillo told Fortune that yields should return to normal within the next 11 to 18 months. Campari CEO Robert Kunze-Concewitz, meanwhile, has predicted that agave prices will plummet in 2021.

Nonetheless, another shortage is likely to strike within the next 10 years. In some ways, this is just the nature of the agricultural process: for agave farmers, it’s difficult to put quality first and wait for plants to mature when a competitor could easily step in and sell their agave ahead of time. To make the industry more sustainable, analysts have recommended introducing more contracts between farmers and companies. This is already starting to happen: while some tequila brands own fields and can directly control supply, others, like Brown-Forman, have long-term agreements with farmers that ensure they are
protected against shortages.

Tequila still has room to grow. For all the drink’s success, it makes up a relatively small corner of the spirits market. While 302 million litres of agave-based drinks were sold in 2017, whisky sold 3.31 billion. And despite experiencing rapid growth in Europe, tequila is still predominantly sold in the US – a study by the IWSR found that the US drank more tequila than any other nation. There are signs, however, that tequila is beginning to win favour in difficult-to-crack markets like China, where imports rose 38 percent last year compared to 2017. The question remains whether the producers will be able to keep up with the spirit’s success.