Our selection of page-turners brings you the best recently released business, finance and lifestyle books. The gospel according to the finest authors on the market 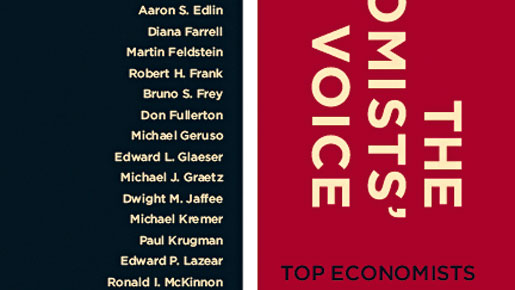 Great by Choice
Jim Collins
Random House Business Books
£12.50
Jim Collins has built a successful publishing career as a “management thinker” – he has contributed to books that have sold in excess of 10 million copies over the years, and thanks to his extensive experience, his opinions carry considerable weight. They are worth considering. Great by Choice focuses on the unstable environments that leaders may find themselves faced with in today’s tumultuous landscape. Under headings such as “productive paranoia”, Collins backs up his arguments with diagrams and figures, and includes handy chapter summaries – in the form of bulleted lists – which help condense the information into more easily digestible chunks. For those in management positions looking for professional advice, Collins’ latest book can provide guidance and ideas; the kind of advice which could save a company.

Business Ethics
Fraedrich, Ferrell, McCollough
Random House Business Books
£TBA
This is the ninth revised edition of Business Ethics and covers the same fundamental issues the series always has; that is, how do ‘business people’ face the complex moral difficulties which are often inherent in the business world? This is a lengthy and detailed account of how the various issues of morality can profoundly affect business, and offers an insightful guide on how to deal with them without losing either profit or a moral framework. Business is an area often seen as bulldozing through moral barriers in pursuit of money-making projects, and in many cases this is certainly true, but what this book suggests is the refreshing idea that morality needn’t be compromised in the pursuit of such endeavours, and nor should people necessarily have to suffer    in order to generate profits or convenience for a big business.

American Media History
Anthony R. Fellow
Wadsworth Publishing Co
£49.00
Anthony Fellow, of California State University, turns in the third edition of his study of the history of American media, a subject which is a broad-ranging as it is fascinating. The focus is on the development of America’s media, but also on the effects it has had – and continues to have – on society. The chapters focus on the development of different mediums, and the book goes on to profile important figures in the industry and their contributions to their respective fields. Important media profiles include Rosser Reeves, the advertising executive, and social media innovators such as Mark Zuckerberg and the late Steve Jobs. Anthony Fellow has variously worked as a newspaper reporter and editor, and still contributes regular columns. This third edition of his book is an enjoyable, informative history of an ever-changing and complicated media framework.

Red-Blooded Risk
Aaron Brown
John Wiley and Sons, Inc
£16.79
Red-Blooded Risk, which comes with the illuminating subtitle ‘The secret history of Wall Street’, certainly lives up to its title. It is author Aaron Brown’s assessment of risk in today’s financial climate – in particular risk management. It takes into account the history of money and the risks that have always been associated with it. It’s more entertaining than it sounds, as Brown takes a robust and forward-thinking perspective, clearly outlining his opinions. He is a risk manager by profession, so knows what he’s talking about, although the book reads in a way which is accessible for experts and newcomers alike. Brown has spent 30 years of his life on Wall Street, and has worked for institutions such as Citigroup and Morgan Stanley.

The Complete Guide to Property Investment in France
Gerry Fitzgerald
How To Books Ltd
£14.00
For many people, the idea of moving abroad is an attractive but worrying prospect. They want to move but they’re afraid of the consequences of what might happen if it all goes wrong. For those people, books like Gerry Fitzgerald’s are invaluable. Even though a published work can never be, by definition, entirely up to date, this is nevertheless an informative work that will benefit those looking to move to France but who can’t quite pluck up the courage. It features details of pricing and availability in various areas, and highlights some regions as ‘hotspots’ where investment may turn into profit. There is also advice for people looking to set up a letting business abroad, and guides on how to raise finances, making this a comprehensive guide to investment rather than simply a list of attractive areas.

Disaster and the Politics of Intervention
Andrew Lakoff
Columbia University Press
£10.00
Researcher Andrew Lakoff’s book Disaster and the Politics of Intervention is a short but interesting collection of social research on precisely the issues outlined in the title. The overall “resilience of society” is questioned, and Lakoff looks at how this has changed over the years, indicating his belief that the burden of societal risk has become focused on individuals rather than the public sector. He asks how properly implemented governmental policy can effectively step in when disaster strikes, and how disaster insurance can complicate matters further. Management of response and the priorities acted upon in the advent of a disaster is not an easy science because societies are forced to adapt quickly to whatever unexpected event may be occurring. Lakoff attempts to disentangle the web surrounding this cloudy area.

The Economists’ Voice
Aaron Edlin, Bradford Delong, Joseph E Stiglitz
Columbia University Press
£12.00
Subtitled “Top Economists Take on Today’s Problems” (is there a more pertinent topic at the moment?) this is a noteworthy collaboration between more than 30 of the world’s top economists, each giving their opinions on some of the toughest questions currently being asked of a worldwide economy which has proven to be nowhere near as robust as most people thought. People are naturally wary of the voices of experts at the moment, particularly with regard to economics, but here are a set of collected essays offering insight and ideas. Contributors include former Nobel Prize winners and former presidential advisers, so there is a high caliber of opinion offered. Topics covered include many aspects of modern economics, from global warming and the costs of the Iraq War to the onset of the supposed ‘dollar crisis’.