Investment strategy after the crisis

Investors have been hit hard by the current crisis. Lessons are being learned and investment strategies revised 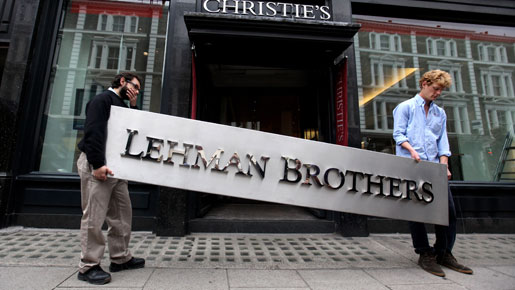 The central lesson for investors seems to me to be that not all components of risk are static, but rather evolve in ways that are not yet fully understood – and that government regulation cannot fully address. For that reason, the ability of markets to self-correct should play a role as well, which requires that investment strategies attempt to take the possibility of systemic risk into consideration.

Threats to the system as a whole can arise in a manner that is difficult to detect, and that can cause risk-mitigation strategies that work well in normal times to malfunction. Of course, major systemic disruptions do not occur every year. Instead, instability builds up until the system is shocked and resets, with the exact timing unpredictable. This means that addressing systemic risk requires a longer timeframe than that associated with the non-systemic, stationary risks to which investors devote most attention.

Consider a ten-year period and assume that there are nine years of “normal” average returns, followed by a “bad year” caused by the systemic risk component. In that case, as an example, if an investment strategy yields an eight percent annual return in normal times, a large shock of 20 percent at ten year intervals would reduce the average 10 returns by 3.19 percentage points, to 4.81 percent.

Accounting for systemic risk has several implications. For example, an endowment or pension fund might consider basing its payout decisions more on long-run, potential shock-adjusted average returns than on a simple weighted average of past returns or end-period asset values (the normal practice now).

Of course, you can argue that post-crisis regulatory reform will eventually resolve the problem of periodic systemic risk, and that we will return to the more comfortable world of relatively stationary risk without periodic imbalances. But I would not bet on this happening.

The historical evidence suggests that systemic risk is persistent and resistant to regulatory efforts to eliminate it. Financial innovation will proceed along with regulatory arbitrage. And, while the international dimensions and sources of systemic risk are increasingly important, thus far we have only limited demonstrated capacity, if any, for dealing with them.

There are, no doubt, competitive and other consequences to adopting a more conservative approach that factors in periodic systemic risk, and they will vary across institutions. The point is not to suggest that there is one right answer, but rather that investment strategy and payout decisions should take into account the longer-term dimensions of risk. This is true even for investors who ultimately decide that strategies aimed at generating higher normal and post-shock average returns are worth it.

One can think of periodic systemic risk as an inherent tendency toward reversion to the mean: short and medium-term returns can deviate considerably and for extended periods from the expected long-run returns associated with various investment strategies and capabilities. Put another way, when returns seem abnormally high for an extended period, they probably are, and something – even if we don’t know in advance what – is likely to bring them down.

This is particularly relevant to large investors who, unlike traders, cannot totally ignore macroeconomic fundamentals without abandoning reasonable diversification. Successful value investors may mitigate risk by shunning what they consider to be overvalued assets. Nevertheless, they are not invulnerable, because even fair valuations – or, indeed, undervaluations – are not exempt from the downward pressures of a crisis or the resetting of asset prices after a build-up of systemic risk.

Clearly, judgment is required. My preference is to assume that shocks arrive relatively frequently, but that they vary in size and probability. A sensible approach could be to hedge against intermediate-level shocks. That might also help mitigate the impact of larger shocks and increase the net return potential during severe shocks (though it might also lower the return potential for more mild shocks).

In at least one area, liquidity management, many investors learned painful lessons from the crisis. The focus has been appropriately on the cash-flow challenges that come from a combination of large illiquid investment portfolios and large systemic shocks that cause adverse shifts in the cash flow models.

But there are two other aspects of liquidity management that deserve attention. First, illiquid investments limit investors’ ability to adjust their portfolios in response to early warnings of an increase in systemic risk. Second, in times of widespread distress, liquid portfolios create investment opportunities, as depressed asset prices (often overly so) combine with the capacity to invest while others cannot or will not.

This means that liquidity has potentially significant value, which rises when systemic problems emerge. This value should be “added” to the return that is attributed to various classes of liquid assets in “normal” times, thereby affecting the relative attractiveness of liquid and illiquid assets – and influencing the asset-allocation choices made by various classes of investors.

All of this highlights the need for new benchmarks for performance and compensation that factor in vulnerability to periodic systemic risk, with special attention to debt and liquidity. Low debt and high liquidity should be valued for avoidance of cash-flow distress, ensuring greater flexibility in adjusting asset allocation, and creating opportunities in the aftermath of a crisis.

Perhaps most importantly, short- and medium-run returns, especially during periods when they are high, should not be taken as accurate signals of long-run returns. Investment strategies should not be based on the assumption that all times are “normal” times, and that periodic instability is abnormal. The challenges of assessing systemic risk and the timing of instability are just that – challenges, not reasons to ignore the phenomenon.

Michael Spence is the 2001 Nobel Laureate in Economics, and Professor Emeritus, Stanford University. He chairs the Commission on Growth and Development. © Project Syndicate 1995–2010