City of business, capital of culture

Turku was a thriving centre for culture, learning, trade and political power. Then, in the 1800s a massive fire destroyed much of the city 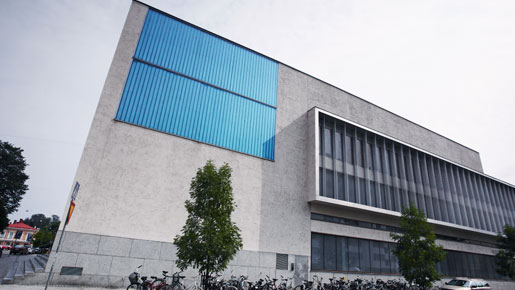 In recent years the port city has experienced the beginnings of a renaissance, its thriving biotech and IT industries preparing the ground for a full-scale cultural overhaul.

Owing to some dubious planning choices made in the 1970s and ‘80s, modern Turku is sadly lacking in charm. But look beyond the architectural monstrosities and you’ll find several neighbourhoods of really lovely 19th-century buildings that give a sense of what this place was like in its historical hey-day. A walk along the River Aura, which cuts the city in two, lets you see Turku at its best, including the university district with its beautifully conserved, painted clapboard houses, the 13th-century Turku Cathedral, the heart of Lutheran Church in Finland, and two fantastic museums.

Aboa Vetus & Ars Nova (Old Turku & New Art; Itäinen Rantakatu 4-6; www.aboavetusarsnova.fi) is a modern art gallery with an archeological museum underneath it, that was established when the building’s foundations were excavated and the architects discovered a warren of medieval streets. It succeeds where archeological museums often fail, bringing the medieval city to life with hands-on displays, aural dramatisations and exhibited artifacts. The well-presented and manageably sized gallery above shows pieces from the Matti Koivurinta Foundation Art Collection, as well as changing temporary exhibitions of modern art.

The other excellent contemporary art gallery on the banks of the Aura is the Wäinö Aaltonen Museo (Itäinen Rantakatu 38; www.wam.fi), a beautiful and bright building that demonstrates what can happen when 1960s architecture succeeds in its aims. The museum displays works owned by the City of Turku, including many pieces by the leading Finnish artist and sculptor whose name it bears. Until March 23rd you can see the surprisingly non-morbid exhibition, Death and Its Many Faces, which forms part of 876 Shades of Darkness, a wider Capital of Culture project embracing Finland’s seasonal gloom and the Finnish people’s relationship with it.

Also part of the project is Pitch Black Gallery (running until March 15; Käsityöläiskatu Street 5; +358 40 871 0503), which invites visitors in groups of up to 10 people to use their senses of hearing, taste, touch and smell to experience different types of art installation. 876 Shades of Darkness goes into hibernation over the spring and summer for obvious reasons, but will be back in the autumn with lots of unusual events.

But back to the present and the opportunities for visitors to Turku in the coming months.

As well as visual arts, the city has lots to offer in terms of performance. The Turku AB Dance Company (Aurinkobaletti) celebrates its 30th anniversary this year with The Dancing Tower, a production that will take place on a specially designed 10-metre iron tower at Logomo, the sprawling new culture and events hub that’s been converted from a 19th-century railway yard for Turku 2011. Aurinkobaletti, whose work is characterised by a refreshing lack of pretention, will be joined by artists from Finland, Russia, Estonia and the United States for this extraordinary and ambitious project. The company will also be performing its hit shows, H8 and Catwalk, in the autumn and winter at its Turku headquarters, The Manilla Theatre, another beautifully converted factory building (Itäinen Rantakatu 64; www.aurinkobaletti.com).

Also at Logomo, which the powers that be hope will become an exciting new home for Turku’s creative industries once the city has passed on the Capital of Culture mantle at the end of 2011, are large-scale exhibitions, shows and concerts. Logomo is worth visiting in its own right for the sheer scale of the place – 24,000 square metres are not to be sniffed at, especially in the context of such a modestly-sized city – but don’t miss Alice in Wonderland, the largest exhibition of contemporary art photography to be seen in Finland, and Fire! Fire!, an interactive exhibit about the huge conflagration that destroyed much of Turku in 1827.

Logomo has a café, of course, if you need to refuel after taking in the centre’s offerings, but a far better idea is to return to the banks of the Aura for a meal at Mami (Linnankatu 3; +358 (02) 231 1111; closed Sunday and Monday). The fish dishes at this classy, modern restaurant are a sure bet and it’s hard to resist the delectable puddings. Or for a restaurant with more of a party atmosphere, try Blanko (Aurakatu 1; +358 (02) 233 3966; closed Sunday), a funky place just two blocks south of Turku’s main square whose menu features international   cuisine from Rome to Rajasthan. The portions are generous and you’ll find DJs playing on Friday and Saturday nights, so this is a good choice if you want to make a night of it. Either eatery will give you exactly the lift you need after a day of serious cultural exploration.

Turku may have lost out to Helsinki in 1812, but now, nearly 200 years later, the city is back, justifiably proud to be a capital again. Great galleries, exciting live performance, delicious dining options – the city has it all. Welcome to the Turku, European Capital of Culture 2011.

For more details of the events taking place as part of Turku 2011, visit www.turku2011.fi