Custom classics: six of the best heritage motorcycles on the European market 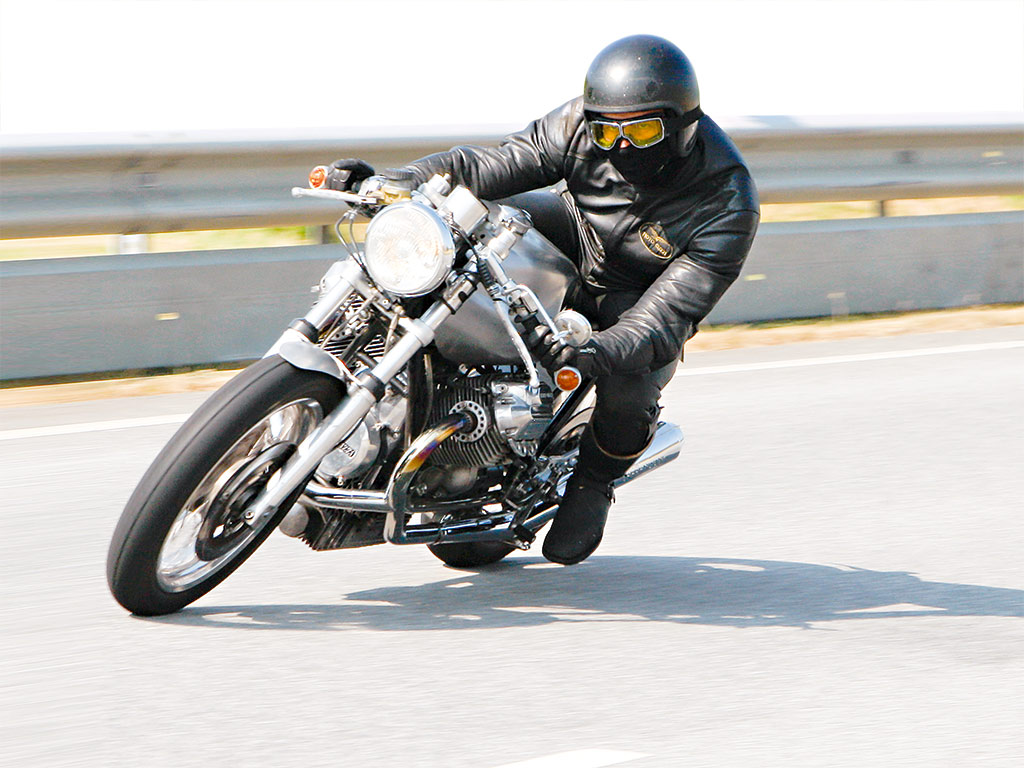 From Norton to BMW, there’s no shortage of heritage for motorcycling enthusiasts to tap. However, times are changing on the continent and this vintage tradition appears to have taken on a new sense of uniqueness.

Custom motorcycles have a huge following across the globe, with innumerable individuals painstakingly applying stylistic and structural changes to their off-the-rack models. While this trend has existed since the late 50s, what is new is willingness among motor heads to take inspiration from the classics of yesteryear and reintroduce that unmistakable vintage feel and aesthetic to new models. Far from excluded to the individual, motorcycle manufacturers have also clocked onto this lingering sense of nostalgia and made it their mission to bring classic reincarnations to the market like never before.

Custom motorcycles have a huge following across the globe, with innumerable individuals painstakingly applying stylistic and structural changes to their off-the-rack models

Relatively speaking, motorcycles are fairly simplistic machines and require little knowledge on the part of the owner to implement extensive adjustments and additions, and it is this accessibility to the world of customisation that has given rise to a growing population of motorcycle enthusiasts.

Granted, the European market for motorcycle sales has declined this past year, but what has seen an upturn of quite extraordinary proportions is a yearning for classic bikes and custom-made specimens. Reasons for these interests are as wide-ranging as inheritance, racing and mechanical challenge to name a few.

Not simply confined to appearance, the habits of the classic motorcycle world so often incur practical gains. Compared with their modern-day equivalents, many classic models consume very little fuel and can be seen quite simply as a method of cutting costs. Furthermore, those looking for an appropriate racing bike can find solace in older machines, as many manufacturers then used racing bikes as a template for their street-ready alternatives.

The classic motorcycle scene is not known for its practicality, but is more known for the excesses of wealth tied up in these many machines. Numerous models are priced at extremely high rates today in large part due to their rarity or historical significance, and while certain trends will come and go, the enduring significance of these formidable machines mustn’t be underestimated.

Aside from the immediate benefits to be had from restoring and riding the classics, there is also a huge social scene that has built up around it. Countries across the globe now play host to numerous events that give owners, riders and observers alike the chance to see some of the world’s most meticulously crafted two-wheelers.

An understanding of this world can only really be gained from experiencing how it feels to ride one of these formidable machines, and it is this above all else that inspires enthusiasm to such extraordinary degrees. Here, we appreciate some of our favourite customisations.

This neo-retro Japanese motor sees the past and present combined like never before. The 950cc bobber is reminiscent of back-street creations of yesteryear and offers a great entry point for anyone wanting to enter the world of motorcycle customisation. The frame is incredibly streamlined and the bike’s components all appear to hug the engine’s form, making for a slimline and remarkably minimalist machine. Starting at £7,199, the XV950R represents the very pinnacle of Japanese engineering and harks back to the wonder days of years gone by.

From its spoked aluminium rims to its classic 12-litre teardrop fuel tank, the SR400 exhibits the hallmarks of an unmistakable Yamaha vintage, and has held a special place in the hearts of motorcycle enthusiasts for over three decades. Starting at £5,199, the simple elegance of the SR400 offers limitless opportunities for customisation and remains a favourite among those who like to put their own stamp on their motor. Clocking in at 400cc and equipped with a relaxed torque for an easy ride, the SR400 is an enduring staple in an evolving field.

Unveiled in May of 2013, the release of the BMW Concept 90 marks the 40th anniversary of the now iconic R90 S and 90 years of manufacturing motorcycles. “The aim of the BMW Concept 90 is to show how reduced and pure an emotional BMW motorcycle can be,” says Ola Stenegard, Head of BMW Motorrad Vehicle Design. Designed in collaboration with Roland Sands, the Concept Ninety exhibits some of BMW’s more iconic elements and combines the classic with the modern at every turn; best illustrated by the combinations of the historic Daytona Orange colour scheme with state-of-the-art LED lighting.

An age-old design complete with fuel injection, a catalyst exhaust and Electronic Fuel Injection (EFI), the Norton 961 Commando Café Racer is the perfect fusion of past and present. Retailing for £13,495, the Café Racer is the most expensive of the latest 961 line-up, although it comes with an assortment of attractive extras. This distinctly British motorcycle – with American roots – marks the revival of the Norton name under Stuart Garner and has kicked rival Triumph to the curb somewhat in terms of raw, unadulterated machine appeal.

With the unmistakable aesthetic of cold, hard steel, the UM-Antonius looks a real mean machine and a textbook piece of German engineering. This heavily customised reincarnation of a R90/7 has been upgraded to take on the famously trying TUV test and packs a substantial thrust from the off. In keeping with the stringent TUV laws, the Antonius has been fitted with far more expensive parts and is priced at a lofty £14,000. However, the overhauled 900cc engine and innumerable additions to the bike’s build have ensured this monster is deserving of its price tag.

With an R80/7 BMW frame dating as far back as 1979, the UM-GOLD has been entirely overhauled from the ground up and resembles a machine little short of spectacular. With multiple components coated in gold leaf, and numerous others hand-fabricated to quite extraordinary degrees of precision, this 800cc exudes exuberance from every valve. The UM-GOLD’s entirely unique build and uncommon colour scheme lends a certain sense of elegance to what is otherwise seen as a real brute of the motoring world, exchanging ferocity with an attention to detail quite beyond compare.