Climate change revelations forced the environmental service industry to reinvent itself; the CEO of Veolia Environnement, knows this more than anyone, taking over a company stuck firmly in the past 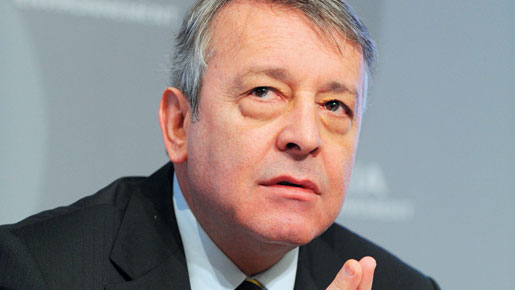 Antoine Frérot has certainly had his work cut out since taking the top job at Veolia Environnement when he took over from Henri Proglio in November 2009. Under Proglio, some severe cracks had begun to appear. Veolia posted a 2008 net income of €405m, an alarming decline of 56 percent over the previous year’s €928m tally. Over the same period operating income had also fallen – by 21 percent – to €1.95bn. To compound matters, the firm’s debt rose to €16.5bn at the end of 2008, from €15.1bn the previous year.

In response to these fragilities, Frérot announced his intention to divest non-core and underperforming parts of the business, which would in total represent approximately 15 percent of the group’s €25bn – equating to a figure in the region of €4bn.

The first divestment was quickly concluded, with the $450m sale of Montenay International – Veolia’s North American port-folio of waste-to-energy contracts – to the Covanta Holding Corporation, in Q1 2010. But it was a year before there was any further significant movement. In March 2011, Veolia Environnement announced that it was to sell its Belgian waste disposal unit, Biffa Belgium, to an unidentified purchaser.

One man’s waste…
However, in spite of the need to balance the books, Frérot also identified a number of strategies that would drive the company forward. Firstly, he outlined plans to penetrate further the renewable waste industry, as this was an area that Veolia Environnement had developed a high degree of technical expertise.

Firstly, he turned to the water treatment and purification market. At a time when almost all sectors of industry are looking for water treatment solutions, in 2010 Veolia entered into a joint venture with steel manufacturing giant ArcelorMittal to build a plant at one of its Brazilian operations, in order to provide on-site treatment for polluted water. It proved to be a very lucrative move.

And it is not just the treatment of water, but the management of the entire grid system that Veolia is looking at. As an example, three years ago, the company won the tender to manage the water supply for Riyadh in Saudi Arabia, a city home to four million residents. At the time, the system could only handle the provision of water for approximately four hours each day. Today, water is available 24 hours every day.

In addition to water, Frérot cited the rapidly-growing waste disposal industry, which is changing in nature from landfill into recycling, as a big opportunity for Veolia. As landfill has been banned by many Western countries – as an illustration, the UK has introduced legislation outlawing landfill from the year 2020 – these nations will need to turn instead to the burning of waste in order to produce energy. The principal problem, however, is that this process is difficult and complex, as it needs to comply with strict legislation in order to ensure that emissions do not exceed set levels.

Walking on water
Frérot identified changes in this market when taking over as CEO, focussing on providing solutions to meet these challenges. Today, Veolia Environnement is the leading provider of recycling facilities – ranging from waste recycling, hazardous waste, energy recovery and landfill management – in Europe.

Going forward, as many of Veolia’s competitors are looking to emerging markets to fulfill their geographical expansion plans, Frérot is instead keeping his mind focused on more developed nations. His rationale for this is simple: as the biggest cities in the world continue to grow, so to does the requirement for effective waste management.

Under Frérot’s leadership, Veolia Environnement is adapting quickly to the changing nature of the waste management industry. And it is an industry that is growing. 20 years ago only two percent of the world’s population had its water handled by a private utilities company. Today, the figure is closer to ten percent. And the company is in tune with the demand for a more sophisticated range of services. Ten years ago waste disposal and landfill were the most common service requirements, today Veolia offers everything from water-pollution treatment to energy-generating waste incinerators.