Mario Greco was so good, Zurich had to have him back

Mario Greco returns to Zurich with a phenomenal reputation, having saved Generali in his time away from the firm. However, even he will find the current industry weather extremely difficult to thrive in 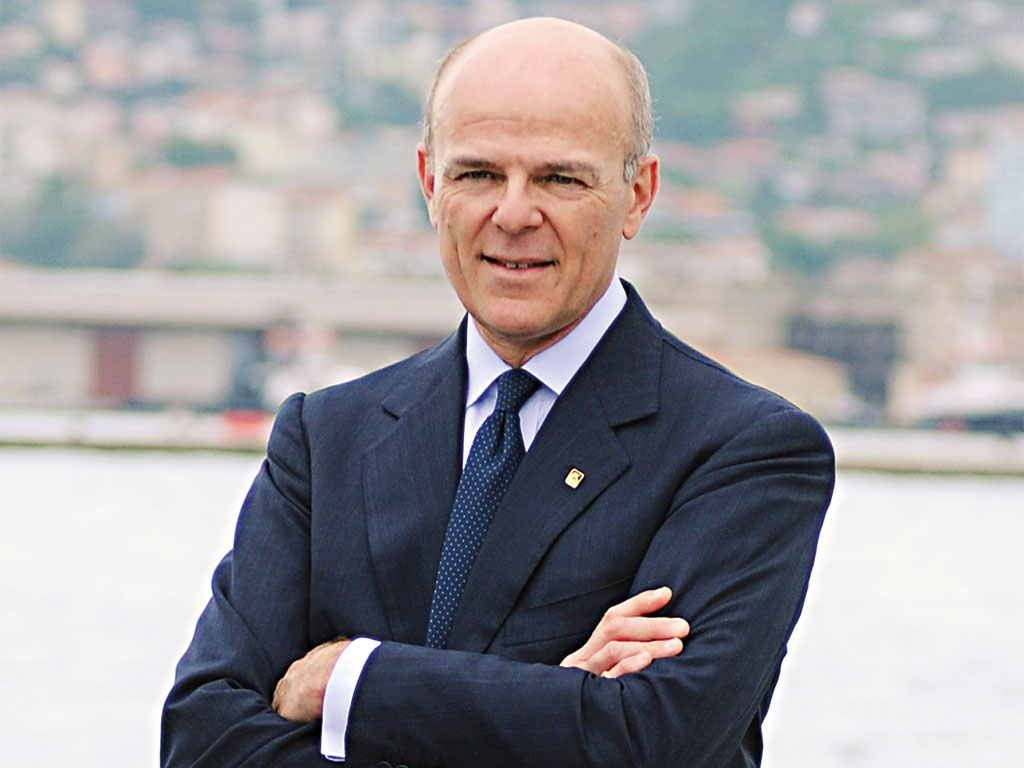 Zurich Insurance brought a swift and decisive end to months of speculation when, in January, sources at the company announced Generali’s Mario Greco would take the reins in May this year. Tom de Swaan, Zurich’s outgoing interim CEO, described Greco has having a “rare combination of entrepreneurial spirit, deep industry knowledge and proven CEO experience”. He added: “[Greco’s] intimate understanding of our company and our industry, and his track record as a leader, make him a unique candidate for the role.”

Down for the count
Times have been hard for Zurich. In February, the firm posted a $424m loss for the final quarter of 2015. At that point, the shoots of recovery – if they existed at all – were proving hard to spot. Having endured a whirlwind 12 months of unexpected departures and spiralling losses, the Swiss insurer is in many ways a microcosm of the challenges facing the European insurance sector at large, with a few exceptions.

In February, Zurich Insurance posted a $424m loss for the final quarter of 2015

When, in the summer, Zurich pursued the British general insurer RSA, the partnership was seen as an exciting new prospect for both firms. However, Zurich was at fault for the deal’s eventual collapse when an unscheduled trading update revealed third-quarter losses of $200m in its general insurance division. This, in addition to a $300m hit at its US-based car insurance division, threw shade on the deal and denied RSA’s CEO an £8.5m share windfall.

Looking at the results for the full year, Zurich’s net income for 2015 slumped to $1.84bn, from $3.95bn the year previous, and its business operating profits fell to $2.92bn, from $4.64bn. Meanwhile, Zurich’s general insurance arm turned an operating profit 71 percent short of the $3bn it made in 2014. It’s safe to say the insurer will struggle to reach its targeted operating profit return on equity of 12 to 14 percent in 2016.

Speaking to the media about the results, De Swann stressed that he and the company’s leadership team were taking steps to identify and overcome the issues plaguing it and the industry at large, though he conceded it was “a disappointing result”. The group’s priorities for 2016, he said, are to revive its general insurance business, in the hope that doing so will restore the insurer to good health for 2017, and focus on operational improvements.

“2016 will be a difficult year for insurers, especially if the volatile and unpredictable weather continues”, said Zurich’s UK CEO Vibhu Sharma. “But the successful insurers » will be the ones who stay the course and focus on what’s important by remaining here to help our customers when they need us most. Our business is financially strong, both globally and here in the UK, which gives us the right foundation to weather the market for the long term.” With an “excellent management team in place”, the new CEO and his team are leading “preparations for a new strategic cycle”.

These reassurances – though positive – offer little in the way of comfort to the 8,000 or so employees at risk of redundancy. And, as the company’s cost-cutting plans show, around 15 percent of the workforce will be affected to some degree or another by the cuts. Whether this means moving to a cheaper location or finding another job is uncertain, though previously the insurer had said 1,800 and not 8,000 jobs would be affected by the restructure.

One person who might sympathise with their plight is Zurich’s former CEO Martin Senn, who last year parted ways with the insurer for pastures new. Having spent 10 years at Zurich, six as CEO, Senn stepped down by mutual consent and capped a turbulent few months with a swift departure. In a statement, Senn spoke of the company’s “excellent reputation”. However, more revealing for the company was his talk of “setbacks in
recent months”.

Two months later, the permanent position was awarded to former Zurich executive Mario Greco, with De Swaan filling in during the changeover period. While the situation has many shareholders concerned about the company’s health, Greco’s achievements at close rival Generali should give them reason to believe an improvement is on the horizon.

Super Mario
Greco, who kick-started his career at McKinsey and is a competitive road cyclist, is credited with instrumenting one of the sector’s most impressive turnarounds and a doubling of Generali’s share price under his reign.

Over the course of his tenure, Greco oversaw the restructuring of the group’s international and general insurance divisions, and took a decision to pull the insurer out of 14 jurisdictions. Now Zurich, having surprised analysts recently with a decision to pull its Singapore international life business and Middle East general insurance business, promises to post further surprises, only this time – hopefully – more positive ones under Greco’s watch.

Going back to Generali, Greco’s importance to the firm was underlined when it made public its most impressive first-half earnings in eight years; and that’s without the assistance of shareholders. At €2.78bn, the first-half operating profit beat company-compiled analyst expectations and offered proof that Europe’s third-largest insurer was fast approaching its profitability targets. More than that, it offered proof of Greco’s value.

“We have delivered on our promise and through discipline, simplicity and focus we have achieved a goal which many thought would not be possible, especially given the challenging macroeconomic environment we operate in”, he said in a company statement. “We commend all of our people for having exceeded expectations to substantially complete our turnaround one year ahead of plan, making this group a leading example in the sector.”

As such, most insiders and analysts have been surprised to see Generali let its executive go – although this isn’t to say the company allowed him to leave without a fight. Sources close to senior Generali decision-makers told the Financial Times the company considered increasing Greco’s pay, in the hopes that doing so might convince him to stay. However, unfortunately or not for the Milan-listed insurer, where the majority see Zurich as a group on the sharp side of an industry slide, it would appear Greco sees something more – an
opportunity perhaps.

It’s worth noting the circumstances of Greco’s appointment at Zurich share a certain likeness with those at Generali at the time of his appointment there, which again fuels optimism among shareholders that he is the right man for the job. Going back to the height of the eurozone debt crisis in 2012, the Italian insurer had only recently ousted chairman Cesare Geronzi and CEO Giovanni Perissinotto, and the company’s share price had lost approximately two thirds of its value in the space of half a decade.

Greco’s answer was to sell €4bn in Generali assets, launch an aggressive cost-cutting programme and bolster capital ahead of what could likely prove a difficult future, with tougher European solvency rules set to enter into play. The next phase for Generali was to focus on operational improvements, though Greco’s handling of the situation was cut short by his move to Zurich.

“I am honoured to be asked to join Zurich at this critical juncture for the insurance industry”, noted Greco in a company press release to mark his appointment. “Like many global players the company has faced market challenges in recent times, but I know that Zurich’s strong global franchise, the breadth of talent and the powerful brand provide all of the ingredients for our future success.”

Having worked as Generali CEO since August 2012, prior to that Greco worked as CEO of general insurance at Zurich Insurance. He joined the firm in 2007 as deputy chief executive of global life for Zurich Financial Services, and later became a member of the company’s executive committee, before making the grade as the division’s chief executive in 2008. This familiarity with the company’s day-to-day operations is surely part of the reason why he was chosen to succeed Senn in the first instance, and, assuming he can replicate some of his successes at Generali, his return will be a welcome one.

Insurance woes
In spite of the positive results, Greco’s past tenure at Zurich and success at Generali offer perhaps not the best measure of his ability to instruct a turnaround in the current climate. Irrespective of Greco’s past experience, the challenges are far from isolated to any one firm and apply just as easily to the entirety of the European market. The IMF said as much last year, when it released a report to show that low interest rates in the euro area pose a considerable threat to the life insurance industry as a whole – going so far as to call the business model “unsustainable”.

Stress tests conducted by the European Insurance and Occupational Pensions Authority, for example, showed that a quarter of insurers were not able to meet their regulatory requirements in a prolonged climate of low interest rates. More than that, the industry is expected to run into “serious cash-flow pressures” in eight to 11 years’ time, assuming the situation unfolds as expected.

Although the headwinds have abated slightly in the time that report came to light, the fact remains that near-zero or negative interest rates mean insurers, particularly life insurers, will struggle to pay out fixed rate annuities to pensioners. Low investment returns have pushed some insurers to pull out of products promising guaranteed returns, yet there is demand for them still.

This search for higher yields, together with the introduction of the EU’s new Solvency II regime, means insurers like Zurich can ill afford to take their finger off the pulse. Given the level of uncertainty in Europe, specifically in northern Europe and the UK, it’s no surprise that Greco is being hailed as some sort of miracle worker; it will take as much to thrive in today’s climate.

As Greco steps up to the plate, the expectation is that he can inspire a return to form, at least in the medium term. The hope for the long term is that he can see off some of the headwinds in Europe’s insurance sector and lead the line in an industry-wide resurgence.