Learning from start-ups and their speedy development processes

Rather than adopting the ethos of disruption embodied by many Silicon Valley giants, businesses should acquire a start-up mindset if they want to innovate intelligently 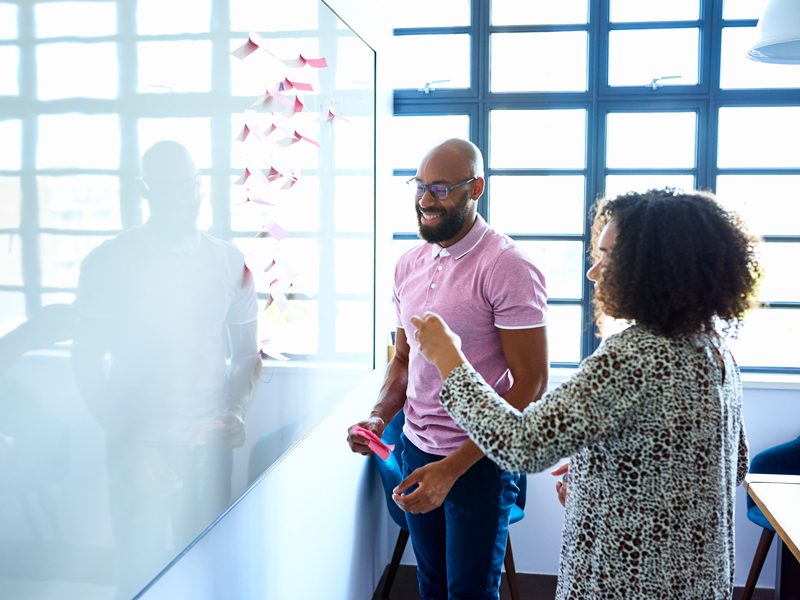 One way to develop businesses quickly and intelligently is to leverage the innovative approach employed by start-ups. This will reduce development times and minimise exposure to risks
Featured

“Move fast and break things.” Coined by Mark Zuckerberg, this has been the Silicon Valley mantra for years. Looking from the outside, it’s served firms well: the likes of Facebook, Uber and scooter company Bird have all embodied this mentality, and are also all considered unicorns. Therefore, we can say that this strategy works – right?

According to Harvard Business Review, however, it appears that it doesn’t. Facebook has been too destructive with its users’ personal data, resulting in an erosion of public trust. Similarly, Bird and Uber’s efforts to rapidly expand have created tensions with city councils and regulators. With this in mind, the more accurate phrase would be: “Move fast and be smart.”

One way to develop businesses quickly and in an intelligent way is by leveraging the innovative approach that start-ups use. Smart and effective collaboration with these nimble new players can save development time and reduce exposure to risks, helping businesses leapfrog into new areas with a competitive advantage. Key to this engagement is a well-thought-out and managed proof-of-value (PoV) approach, which, if applied correctly, can see firms making important changes in a matter of weeks instead of years.

Insurance companies will always be data-centric entities: data is key to assessing risks, and over the past 350 years, insurers have collected a wealth of data

Barrier busting
Initially, it is important to discuss the main barriers preventing an organisation from moving fast. Although this is not completely exhaustive, these barriers tend to fall into three groups: regulation, existing infrastructure and data.

Companies have to adhere to stringent regulation, which acts as an administrative burden, but is also a competitive advantage for larger, more established companies. Potential new entrants are often deterred from entering markets because of the prospect of navigating regulation, which is often costly and time consuming.

Plenty of businesses also suffer from dated and inefficient infrastructure. The most notable are those with legacy IT systems that cannot be updated easily with modern software and programs. Not only does this mean the existing systems are often slow, but it also means a small change in one system can have a knock-on effect on others. Companies will therefore often opt to stick with the status quo, leaving their infrastructural development in limbo.

Many service industries – such as the insurance sector, which includes companies like Rainmaking – will always be data-centric entities. Data is key to assessing and underwriting risks, and over the past 350 years, insurers have collected a wealth of data. This is extremely beneficial for quantifying well-known risks, but less so for new and emerging ones, as limited data on emerging risks can often hinder efforts to develop solutions. Besides lacking new data, progress is also stymied by the improper application of existing data in unusable contexts.

Usually, the larger the business, the more difficult it is to quickly develop new solutions. However, some have managed to implement innovative propositions both independently and in partnership with start-ups. One tool that a number of the more innovative insurers have employed is the start-up PoV, which allows them to quickly understand if a new proposition is worth pursuing.

Demonstrating proof of value
The concept of ‘try before you buy’ is rife within the world of retail, and has become a common way of establishing the value of a product prior to fully committing to it. This is essentially what a PoV aims to do, with the primary difference being that the PoV will often incur a small cost. Generally, a PoV has four key components.

The first is a defined time period: a PoV will have a set start and end date, normally between one and six months. It’s imperative this is strictly time bound because it is designed to be just a trial period. Following the trial, both parties make decisions as to whether the partnership should continue on a larger scale.

The second component is defined key performance indicators (KPIs). PoVs will establish clearly defined and measurable KPIs to make sure a stop-go decision can be made at the end of the process. They also normally carry a small fee (as opposed to a full commercial agreement) to cover costs, which is the third component of a PoV. Lastly, PoVs often take place in a controlled environment with a small sample of customers or data. This facilitates innovative tests without high levels of risk.

On the face of it, PoV appears to be very similar to a proof of concept (PoC), and in many ways, it is. The crucial difference is that a PoV doesn’t focus on whether a concept works – instead, its aim is to validate whether it provides value. The real game changer will be how businesses approach start-up PoVs.

By partnering with an established company, a start-up can deliver its new proposition without having to gain its own regulatory approvals

To leverage innovation from start-ups, only a few key elements need to be taken into consideration to achieve tangible results – most notably, by clearly defining the challenges that need to be met. This is critical to ensuring the correct start-up partners are identified, and that there is a clear goal for the PoV. This heavily impacts the structure of the engagement, as well as the KPIs agreed upon. This sounds simple, but not taking the time to explore and agree on what exactly you are trying to solve (and why) can be a painful mistake.

Working with start-ups that are at the right stage is also crucial for the success of a PoV. Most engagements require companies that have an established product that can be launched quickly, rather than something that needs intensive development. Start-ups tend to overstate the exact development stage they are at, so being able to speak start-up jargon gives one a much better impression of its actual current position.

So, how does a start-up PoV enable start-ups and corporations to overcome the above barriers and deliver new propositions quickly? First of all, some start-up models save time by not attempting to comply with regulations. By partnering with an established company, a start-up can deliver its new proposition without having to gain its own regulatory approvals. This saves a lot of time and enables the proposition to be tested in a much shorter time period.

Second, corporations don’t tend to be held back by legacy systems. Often, start-up solutions can operate in siloed environments, which is ideal for conducting short tests as they don’t need to navigate legacy systems. After observing the results in a test environment, an informed decision can be made as to whether it’s worth integrating with legacy IT systems, or overhauling them entirely.

In general, start-up PoVs are great tools that help companies to move quickly and test new propositions in the short term. It’s imperative that the findings from the process are used to make informed decisions on whether to move forward. This should allow organisations to make decisions faster and deliver new propositions without breaking too much in the process.