Raising a glass to the success of mixers company Double Dutch

Fuelled by a ‘ginaissance’, the market for mixers is bubbling with activity. Raissa de Haas, alongside her business partner and twin sister, Joyce, is poised to disrupt the traditional players with her premium product 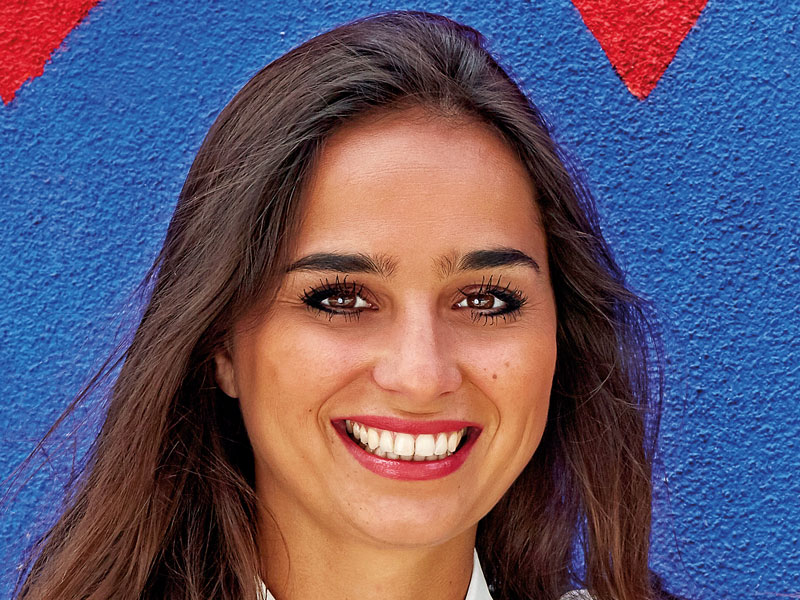 Frustration is the spark that ignites a fire under many of today’s most successful entrepreneurs. But frustration alone won’t produce a successful business – the crucial alchemy occurs when that dissatisfaction transforms into passion. This is precisely what happened to twin sisters Raissa and Joyce de Haas when they were studying at the University of Antwerp. Growing up in the Netherlands – the birthplace of gin – the de Haas sisters were no strangers to a great drink. “We regularly threw parties and always encouraged friends to bring different spirits,” Raissa de Haas told European CEO. “We started making our own mixers after becoming more and more frustrated by the fact that, while the choice and quality in spirits kept growing, the mixers designed to accompany the spirits remained bland and unexciting.”

Once they added a dash of creativity and business know-how, their exasperation sprouted into passion, and Double Dutch Drinks was launched. The company’s premium mixers and tonics received support from the University College London Bright Ideas Award in 2014, and from business magnate Richard Branson, who presented the twins with Virgin’s Foodpreneur award in 2015. Just last year, the two co-founders were recognised on Forbes’ 30 Under 30 Europe list. “It just goes to show how much passion is a great driver,” de Haas said.

The right mix
It’s true that the de Haas sisters are enormously enthusiastic about their product, but it’s unlikely they would have been as successful as they have without an equal measure of business savvy. Raised by parents who both ran their own businesses, they learned about entrepreneurship from an early age. “Our parents instilled a passion in us to start our own company, but we honestly didn’t think that this would be until later in life,” de Haas explained.

The twins’ natural flair for business is apparent at every stage of Double Dutch’s evolution, but it can be seen most clearly at the very beginning. At the time, the pair were working to get their first customers on board but, with no track record or endorsements, it was proving difficult. When they decided to open their first investment round, de Haas admitted they had no idea where to find the right investors for their product. So they worked with the tools they had. A list of dream investors was drawn up: the 20 people they thought could add value to the company. “We approached them via LinkedIn and found that a lot of them were open to grabbing a coffee,” de Haas said. “In fact, our first round of investors all came from LinkedIn, and it is really a great mix of people who all have different assets to bring to the table.”

The early interest that investors had in the company is a testament to the pair’s ingenuity and the unique product they had created. De Haas credits the success of Double Dutch’s mixers to her and her sister’s care for the product. “Throughout our journey, we have never given up on our vision and our passion for the product and the brand,” de Haas told European CEO. “You have to really believe in what you are doing, because if you can’t show passion for your product, why should someone else?”

This enthusiasm for flavour has driven the twins to develop inventive recipes made to match the quality of top-shelf spirits. “There is much more experimenting when it comes to flavours now, and this is something that we at Double Dutch love. We want to encourage our customers to explore different flavour combinations and experiment with their cocktails.”

Their dedication to the product has, at times, required them to make tough decisions. “We’ve had one clear vision from the start and have learned to say ‘no’ if the customer doesn’t fit our strategy, even if it might be a good opportunity or a large volume sale, which I think has been one of the hardest things to do,” de Haas said. Fortunately, the drinks industry is full of opportunities. That’s the spirit
The UK’s spirits industry has seen a surge of growth in recent years. From 2015 to 2018, the number of distillery businesses registered nearly trebled, according to figures by UHY Hacker Young. As consumers seek new independent distillers and premium flavours, sales are rising too: in 2019, spirit sales reached £11.6bn (€13.77bn) in the UK, up £500m (€594m) from 2018, according to the
Wine and Spirit Trade Association (WSTA).

The spirits boom is especially evident in the gin market, which has exploded since the launch of the independent distillery Sipsmith in 2009. More than 80 million bottles of gin were sold in the UK in the 12 months to June 2019, figures by the WSTA show. With flavoured variants now accounting for a third of overall sales, it’s clear that consumers are interested in discovering more varieties and unusual tastes. “The customer has become a lot more interested and educated about spirits – and particularly about gins,” de Haas told European CEO.

Premiumisation and booming sales in the spirits industry have boosted demand for mixer brands like Double Dutch, which bring something new to the table. “These innovative new operators are disrupting the traditional dynamics of the soft drinks market, and posing a significant challenge to the mainstream brands,” market analysis by PricewaterhouseCoopers said. “Retailers are certainly welcoming the new ranges, since they offer much healthier margins, which means the major brands risk being squeezed for shelf and chiller space by these new premium-priced competitors.”

In 2019, the UK’s mixers and soft drinks industry was valued at £4.5bn (€5.34bn), according to a market report by beverage-maker Fentimans. The sector is likely to keep growing, with premium soft drinks and mixers receiving a boost from another revenue stream: non-drinkers. In 2018, a study published in the journal BMC Public Health found that more than a quarter of people aged 16 to 24 described themselves as non-drinkers, up from 18 percent in 2005.

The spirits boom is especially evident in the gin market, which has exploded since the launch of the independent distillery Sipsmith in 2009

By value, the soft drinks and mixers industry is the top non-alcoholic drink category, Fentimans’ report found. The premium soft drinks segment is worth £517m (€614m), up 33 percent year-on-year. “We have seen that the health movement has continued to grow this year, as consumers are becoming increasingly more mindful of wellbeing and leading a healthier lifestyle,” de Haas said. “It is imperative that brands and venues tap into this trend and ensure there are a wealth of options available.”

Double Dutch’s drinks cater to this market by tasting as good on their own as they do in a cocktail. Made in the UK, the drinks boast all-natural ingredients, with no artificial flavouring, colouring or preservatives, and high-quality spring water. “We have an innovative product that is pushing the industry and we believe we make the best-tasting mixers and tonics available,” de Haas said.

The next round
With growing demand poised to boost sales, Double Dutch appears to be on solid footing. Now, the focus is shifting to growing the business abroad. Double Dutch drinks are currently available in more than 4,500 bars and restaurants across the UK, and 23 countries worldwide. In May last year, after the company made its first shipment of mixers to the US, Joyce de Haas told finance website This Is Money: “We’re definitely focusing on growing the company globally for the next five to seven years.”

According to PricewaterhouseCoopers’ report, global expansion can be a tricky area for the smaller drinks operators, with many having a good regional presence but a “fairly rudimentary distribution in big grocery chains”. The report continued: “The product and the branding have been hugely successful, but the commercial and operational side could be optimised, but have huge potential.”

The de Haas sisters are positioning themselves to make the most of this potential windfall, and they’re not afraid to boost their chances with their unique selling point: they’re one of the few companies in the industry led by young, female entrepreneurs. “When we started Double Dutch, it quickly became clear that the food and beverage industry is very male-dominated,” de Haas told European CEO. In the beginning, when they had no credibility in the form of sales or endorsements, de Haas said they faced some prejudice for being young women. But she has found the positive side of this disheartening experience: “Everyone has to deal with failure in the beginning, and the only solution is to work extra hard. Eventually, people started appreciating our passion for the brand, and now I think it works more as an advantage that we are one of the few women in the industry.”

Finding that investors were curious about a company founded by twin sisters who were still in university, the pair started pitching their story anywhere and everywhere they could. “It’s all about the learning process, and it’s good to know what plays into your advantage and what can separate you from the crowd.” Despite their progress in breaking through the glass ceiling, de Haas said young women still lack mentors to learn from and emulate. “We need to encourage a new generation of female entrepreneurs and offer them guidance and support,” she said.

For the de Haas twins, persevering during these challenging times was made easier by the bond they share. “When you work with your twin, you don’t worry about stepping on one another’s toes: you say exactly what you feel. If you don’t agree, you know in 10 minutes that you’ll either make up or find a solution,” she explained. The two complement each other and have complete trust in each other – a crucial trait for business partners. “It’s nice to celebrate good times together, and at difficult times, we lift each other up. We can share the highs and the lows as well as the workload.”

De Haas stressed that one of the keys to Double Dutch’s success is their support network. “Whether you are a male or female entrepreneur, you have to have confidence and trust the people around you,” de Haas said. “It’s important to draw on your network and be passionate about what you do because there are going to be many long nights. You’ll find that trust and belief can go a long way, and the rest is old-fashioned hard work.”

From self-made mixologists designing bespoke cocktails at university parties to business partners shipping their mixers around the world, Raissa and Joyce have shared many hours working to make their dream a reality. Now, their sights are firmly set on the international market. With a product worth being passionate about and a solid support network, the only way is up.