Norway’s electric vehicle market is miles ahead of the rest of the world, but can it maintain its position?

Sales of electric cars in Norway are at a record high, but it remains to be seen whether the market can stay afloat without the help of government incentives 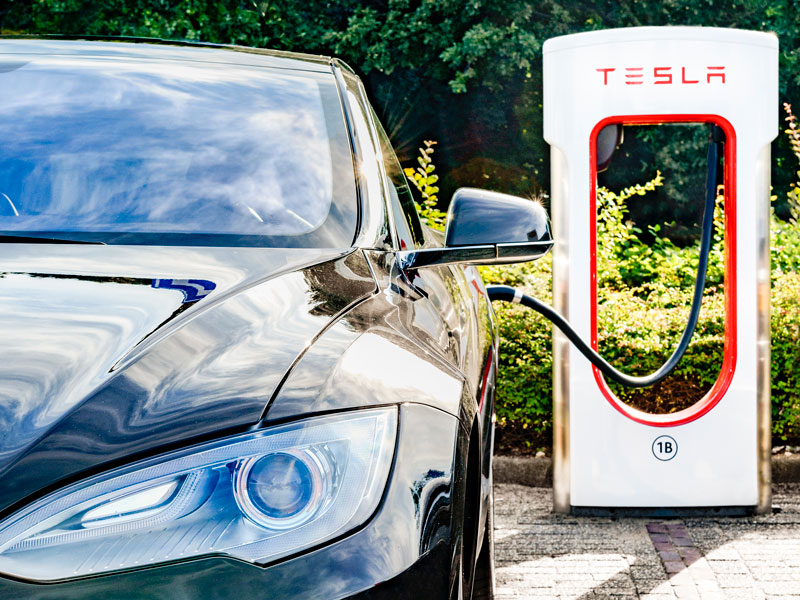 The electric cars of the 1990s were largely dismissed as unattractive and slow, but a wave of more attractive offerings from Nissan, Tesla and Volkswagen suddenly made them a more fashionable option
Featured

In 1995, the pop band A-ha began an electric revolution in their native Norway. Driving around in the country’s first electric car, the group repeatedly refused to pay the fare on toll roads. They weren’t just trying to save pennies: the stunt was part of a plan by the environmental NGO Bellona to pressure Norway into granting exemptions for zero-emissions vehicles. A-ha was fined a total of 17 times on the journey and even had their vehicle impounded, but finally the Norwegian Government lifted the fee. Electric cars have been able to drive on toll roads for free ever since.

Today, Norway has the highest rate of electric car ownership in the world – 58 percent of new cars sold in March 2019 were electric – thanks to a host of financial incentives offered by the government. If demand continues to surge, the country should be on track to reach its goal of phasing out fossil fuel cars by 2025. The question is whether Norway’s electric vehicle market will enjoy continued success when the incentives are inevitably scaled back.

Rewarding renewables
While Oslo is renowned for its clean, quiet streets and plentiful green spaces, it’s no stranger to the environmental issues that plague other European capitals. “Two years ago, if you walked on a pedestrian bridge over the ring roads, the smell was terrible,” said Sture Portvik, the project leader and manager for electromobility in Oslo. “You felt like you might as well have gone smoking.” Between 2006 and 2016, air pollution is thought to have contributed to around 50,000 deaths in the city.

But Norway has made great strides towards cleaner air. According to Portvik, Oslo has seen its CO2 emissions drop by 36 percent in the last four years, as consumers ditched fossil fuel vehicles for emission-free alternatives. In the first six months of 2019, almost half of the cars sold in Norway were electric. As a point of comparison, in the UK, electric cars made up just two percent of vehicle sales. The difference is that Norway offers its electric car owners a range of financial benefits: not only are zero-emission cars able to use toll roads for free, but they also enjoy free parking and are exempt from Norway’s high purchase tax.

Initially, Norway’s incentives had little impact on electric car sales. That’s because when incentives were first introduced in the 1990s, electric cars hadn’t yet won consumers over. Norwegians could only choose between the Think and Buddy models – boxy vehicles with space for no more than two people and a shopping bag. Then, in 2011, Nissan released the Leaf to market. It was a family car with room for four to five people. Not long after that came Tesla’s Model S, followed by the Volkswagen e-Golf. Suddenly, it was fashionable to own an electric car – and, thanks to Norway’s package of incentives, it made financial sense too.

Running out of charge
Norwegian officials knew that in order for the majority of consumers to go electric, it had to be convenient as well as affordable. In 2008, Oslo became one of the first cities in the world to launch a charging infrastructure programme for electric vehicles. As a result, Norway now has more than 10,000 public charging points.

But it still hasn’t been enough to keep up with demand. While people who live in detached houses can install chargers in their parking spaces at home, 60 percent of Oslo’s population reside in apartments and are therefore dependent on public chargers. “There are approximately 1,950 fast-charging stations in Norway today, but 75 percent of electric vehicle owners have regularly experienced charging queues,” said Øyvind Solberg Thorsen, Director of OFV, Norway’s information council for road traffic. “It is estimated that we need an additional 1,200 fast chargers per year to keep up with the increase in demand.”

But building more chargers is not only expensive; it’s an inelegant solution. Space in Oslo is limited, so cars need to be charged as efficiently as possible. Technological advances play a crucial role here: in 2019, city officials announced plans to make Oslo the world’s first city to install wireless charging systems for electric taxis. As part of this system, electric taxis would simply park on charging plates in the ground and power up while waiting for new customers.

Portvik admits that systems like these create a ‘chicken and egg’ problem: “You need a mass market, then you can start earning money,” he told European CEO. “But in order to get a mass market, you need the charging infrastructure.” To get around this dilemma, Norway set up joint ventures with the private sector. Companies are paid by the local government to set up and operate fast-charging stations, and then the net profit is divided between them and the city. “Since 2016, we have tripled the number of fast chargers in the city,” Portvik said. “Already, we have earned more than we ever invested in those fast-charging stations. It’s a good business case.”

Applying the brakes
Until now, Norwegians have enjoyed enviable perks as a result of their electric car ownership. Some can save €350 a month in operating costs by going electric. But the good times can’t last forever. “It has to be scaled back,” said Portvik, “and it’s already started. From March 2019, we actually started to charge a little bit for using public chargers.” Drivers of electric cars now have to pay €1 per hour for curbside charging, as well as a €1 toll on the ring road. It’s clear that electric car owners can no longer expect a free ride from the government.

It remains to be seen whether Norway’s electric vehicle market can thrive once the training wheels are taken off. According to the Norwegian Electric Vehicle Association, about 72 percent of buyers choose an electric car for financial reasons, and only 26 percent for environmental ones. This suggests electric cars might not be so popular once the incentives are scrapped. And there are other challenges, as well: while Solberg Thorsen is optimistic that electric car sales could reach an all-time high in 2020, he recognises that supply problems may put a dent in those forecasts. “There is some concern that the original equipment manufacturers won’t be able to deliver enough cars to Norway, due to increasing demand for electric vehicles in other European countries,” he said. Battery shortages, for example, remain a serious obstacle for carmakers: many electric car brands, including the Nissan Leaf and Volkswagen e-Golf, have long waiting lists due to production constraints and the scarcity of battery metals.

So far, Norway has been Europe’s testing ground for widespread electric vehicle adoption. Admittedly, the conditions of this experiment are difficult to imitate, as – despite being a big producer of oil and gas – Norway gets 98 percent of its domestic energy from renewable sources like hydropower. This means that, unlike many nations, it generates almost no carbon footprint in the manufacturing process. It’s also taken significant government expenditure for Norway to make its electric dream a reality. However, this may simply be the price countries have to pay if they hope to follow Norway down the road to electrification.