A game so addictive that parents have forgotten to pick children up from school while playing, Candy Crush Saga has made King Digital Entertainment and its CEO Riccardo Zacconi millions 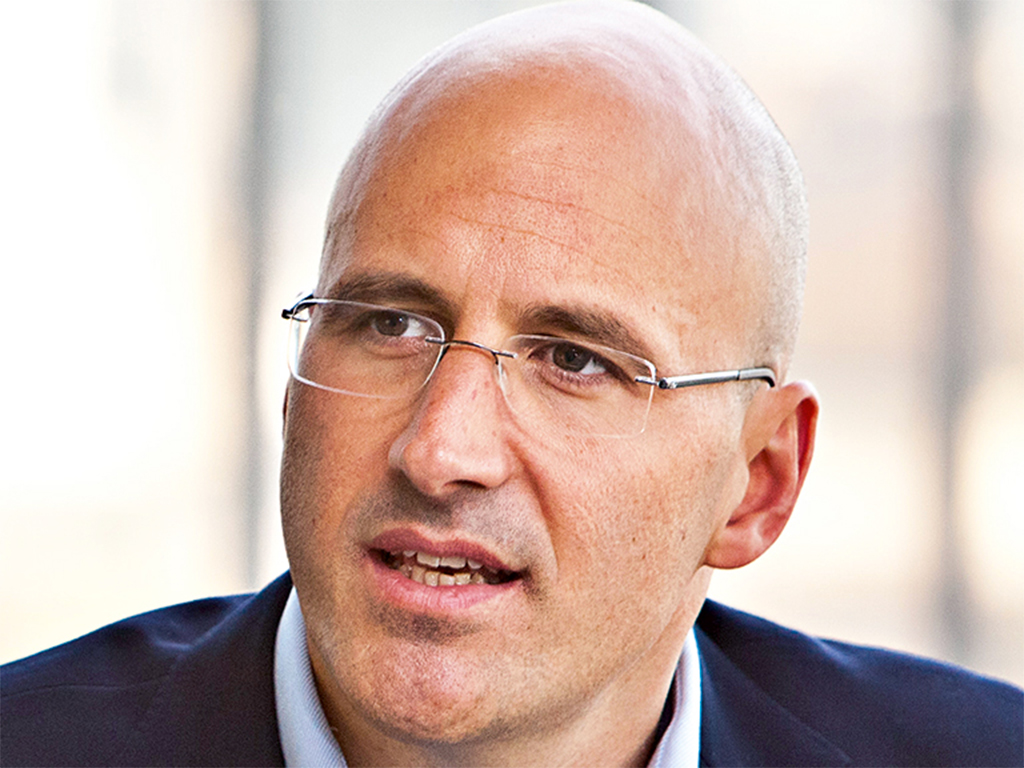 If Riccardo Zacconi, co-founder and CEO of King Digital Entertainment, can be sure of one thing, it’s that he won’t have to give too much thought to his pension in the future – his games app Candy Crush Saga has already made him a multi-millionaire.

Indeed, in the world of apps for tablets and smartphones, Candy Crush Saga has been little short of a social phenomenon.

A match-three puzzle video game where each level (there are currently more than 600) is more difficult than the previous one, Candy Crush Saga presents a game board filled with differently coloured candies. Players are faced with specific objectives to be met within a certain number of moves. EXPERIENCE
1993: After leaving university Zacconi worked as a consultant for eight years, which included a six-year stint at Boston Consulting, where he began his career
1999: Zacconi became involved with several internet companies, eventually joining Swedish start-up Spray in 1999, which was sold to Lycos Europe in September 2000
2001: In 2001 Zacconi moved to the UK and became vice president of European sales and marketing at uDate. He left the company shortly after it merged with Match.com
2003: Zacconi co-founded King Digital Entertainment in March 2003 and became CEO of the company, which is now one of the most successful mobile gaming businesses worldwide

Released by King in April 2012 for Facebook and November 2012 for smartphones, it reportedly passed FarmVille 2 as the most popular game on Facebook by 2013. A further major expansion undertaken in December 2013 continues to be updated with new episodes and corresponding levels of difficulty.

Like the best-laid plans of any game, Candy Crush Saga relies on ‘rewards’ for difficulty, making it addictive for the player.

As of June 2014, Think Gaming estimated the app was generating daily revenues of €679,359, thanks to an impressive 7.1 million regular users, making it the second highest grossing app behind Clash of Clans from Helsinki-based Supercell.

Starting the saga
For 46-year-old Italian-born Zacconi, an economics graduate of LUISS University, Rome, the trek to the UK (via Germany) in 2001, ostensibly to look for digital investments, has proven a financially fruitful endeavour.

Working at dating agency uDate – a company subsequently sold to (and merged with) Match.com, Zacconi was to eventually set up King, having persuaded Melvyn Morris and Toby Rowland, who had backed uDate, to climb aboard the King train, along with fellow travellers Sebastian Knutsson, Thomas Hartwig, Lars Markgren and Patrik Stymne. So tough proved the early stages for London-based King, that it almost went bankrupt before a cash infusion saved it in late 2003. Later, in 2005, it raised €31.8m by selling a large stake of the business to Apax and Index Ventures.

Losses eventually turned into profits and the company has been in the black ever since. Sales increased exponentially between 2011 and 2013, rising from €45.8m to €1.39bn, while adjusted EBITDA more than tripled year-on-year to €184m in the first quarter of 2014.

Daily active users meanwhile increased to 143 million during this period, up 107 million or 297 percent from the first quarter of 2013.

King also noted in its latest set of accounts that three of its games ranked in the top 10 grossing games on all major platforms – Apple App Store, Google Play Store (US) and Facebook (worldwide).

Yet as events at King have shown, timing and patience have proven crucial. Rowland, for example, gave up his role as co-CEO, leaving the company in 2008 and selling his stake back for €2.2m in 2011. Klaus Hommels, angel investor and former board member, sold his stake back for €2.13m at the same time, according to documents filed with the US Secretaries and Exchange Commission ahead of the company’s recent IPO.

Going public
While Rowland and Hommels walked away with not inconsiderable sums, each offloading 40 million shares at roughly 7.7 cents each, Zacconi’s 36 million shares in King would later be worth almost €517m when the company went to the New York Stock Exchange in March 2014.

Priced at $22.50 a share, the IPO, which raised $500m (€367m) via the sale of 22.2 million shares, valued the company at $7.08bn (€5.19bn); 15.3 million shares being sold by the company, 6.9 million coming from Apax. It was also the largest ever IPO for a mobile/social gaming company in the US. Befitting King’s tendency to court controversy however, the company’s share price promptly fell 15 percent during the first day of trading.

Symptomatic of the company’s controversial character was an earlier attempt by Zacconi (and King) to trademark the words ‘Candy’ and ‘Saga’ in game titles. Unsurprisingly, this incurred the wrath of developers such as Stoic and RunsomeApps, which had incorporated the words in their own titles. However, the two parties reportedly settled their differences with King in April 2014.

King was also accused by developer Mathew Cox of cloning one of his games called ScamperGhost and republishing it under the title Pac-Avoid. Zacconi later accepted Cox’s contention, saying in a company statement: “The game (Pac-Avoid) strongly resembles another game called ScamperGhost. The details of the situation are complex, but the bottom line is that we should never have published Pac-Avoid. We have taken the game down from our site, and we apologise for having published it in the first place.

“Let me be clear: this unfortunate situation is an exception to the rule. King does not clone games, and we do not want anyone cloning our games. Before we launch any game, we do a thorough search of other games in the marketplace and review relevant trademark filings to ensure that we are not infringing anyone else’s IP. We have launched hundreds of games. Occasionally, we get things wrong. When we do, we take appropriate action.”

Long live King
Meanwhile, in a 2012 interview with Forbes, Zacconi extolled the virtues of tablets, which, as they become more powerful, will have a major impact on the games business. Specifically, many more genres of games will be made available on tablets than previously available on any mobile device, according to Zacconi.

“Now you have casual games, but you will see more and more hardcore games also coming up. Ultimately, you will see also console games coming over and being playable on tablets because in terms of user interface, it’s the perfect tool.” In the meantime, King continues to go from strength to strength, in part by sticking to a formula of targeting mainstream audiences on Facebook attracted to easy-to-learn games, yet challenging to complete nonetheless. Unlike King’s business model, where the challenge of making a significant amount of money, for example, has already been met.

Candy Crush Saga has proven a major cash cow for King and there is little reason to believe this won’t continue, even in the fickle world of games apps where fashion, and ultimately boredom, can readily feature.