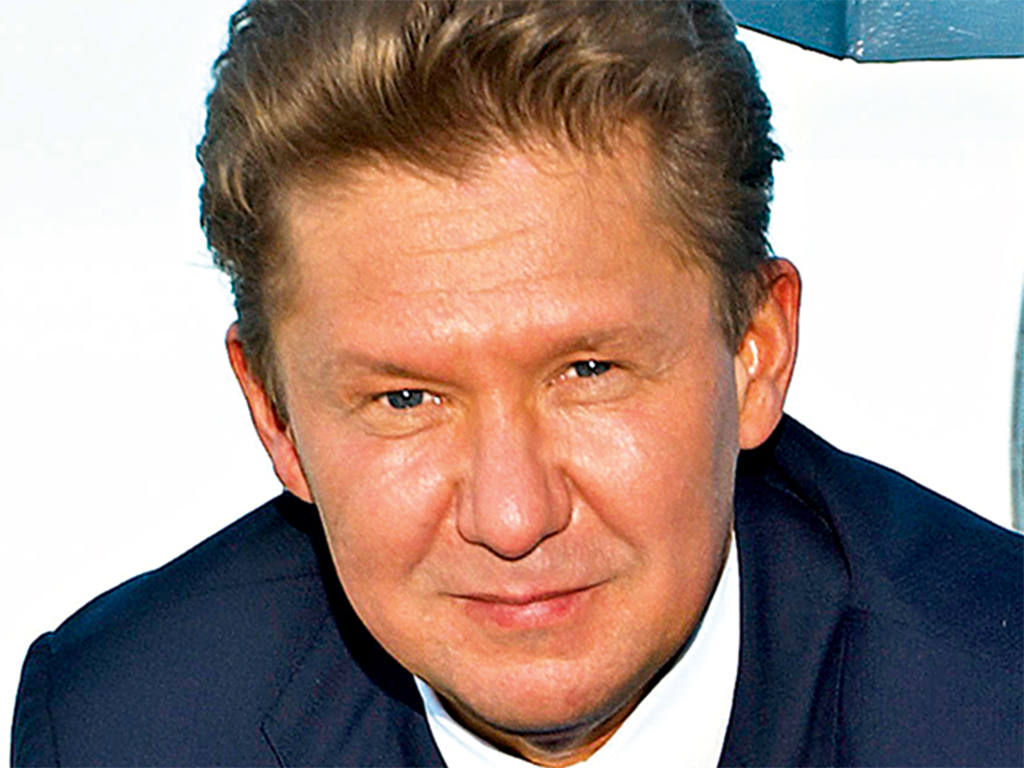 The corporate world of the oil and gas company executive can often be a ruthless one. But if Gazprom CEO Alexey Miller’s career path has shown one thing, it’s that backing the right political horse can reap significant dividends later on – as evidenced by his ongoing close relationship with Russia’s President Vladimir Putin.

Miller and Putin go back a long way: Miller served with the Committee for External Relations of the Saint Petersburg Mayor’s office under Putin back in the 1990s. The 52-year-old Leningrad-born graduate of the Voznesensky Leningrad Finance and Economics Institute (he has a PhD in Economics) was to later serve as director for development and investments of the Port of Saint Petersburg, before becoming director of the Baltic Pipeline System in 1999. He subsequently assumed the office of deputy minister of energy of the Russian Federation in 2000 – the same year Putin made his move from Prime Minister to President.

EXPERIENCE
1991: Miller joined the Committee for External Relations of the Saint Petersburg Mayor’s office while Vladimir Putin was the committee’s head. Miller served there until 1996
1999: Miller was appointed director general of the Baltic Pipeline System, which allowed Russia to bypass Belarus. Construction of the pipeline lasted from 1997 until 2001
2000: After leaving the Baltic Pipeline System, Miller became deputy energy minister of the Russian Federation, building on his ties with by-then-President Putin
2001: Putin secured Miller’s appointment as CEO of Gazprom so his old colleague could quieten fears about the third-party relationships of company executives

Clearing house
Since 2001, Miller has served as chairman of the management committee of Gazprom. Miller’s appointment as CEO in May 2001 – engineered by Putin – not only marked a reward for his loyalty, it also removed a major obstacle to Putin’s attempts to overhaul the Russian economy. If the firing by the Gazprom board of Miller’s predecessor, Rem Vyakhirev (CEO since 1992), marked a major personal victory for Putin, it also lit the touch paper for a series of reforms Miller himself was later to implement.

Those reforms – prompted in large part by accusations of asset stripping under Vyakhirev – were the result of major shareholders, including the state itself, becoming increasingly concerned about Gazprom’s third-party relationships. More specifically, there were suggestions Gazprom had conducted transactions with entities controlled in part by the company’s own executives. Allegations of outright theft by Gazprom executives also surfaced.

Many of these claims were subsequently confirmed in the firm’s accounts for the financial year in 2000 – signed off by auditors PwC – which had gone unreported. In particular, dealings with petrochemicals group Sibur and pipeline-building company Stroitransgaz came under the microscope.

When he took over as chairman, Miller faced twin challenges from the old guard in Gazprom’s management structure, and corporate competitors looking to take advantage of a company in chaos. Miller’s principal objective at first was to recover lost assets – typified by his forcing the board to buy back gas-producing subsidiary Purgaz, which Gazprom had lost control of a couple of years earlier.

This formed part of a broader strategy aimed at reversing the company’s declining gas output and ensuring no employees would continue stealing from the company. Miller then strengthened his power base by replacing Vyakhirev functionaries with Putin loyalists.

Political unrest
Miller has managed to make order out of chaos since taking control of Gazprom over a decade ago. The company’s numbers show it continues to be one of the big beasts in the jungle, having weathered the global economic meltdown in 2008.

As of December 31, 2013, according to corporate data, the Group’s A+B+C1 gas reserves (Russian standards) were estimated at 35.7 trillion cubic metres while oil and condensate reserves were put at 3.2 billion tons. Gas production volumes meanwhile amounted to around 13 percent of total global output. Gazprom continues to be one of the leading petroleum companies worldwide – producing 487.4 billion cubic metres of natural and associated gas, 14.7 million tons of condensate and 33.8 million tons of oil in 2013.

Meanwhile, natural gas from Central Asia remains a core element in Gazprom’s resource base – the group having purchased 35.7 billion cubic metres of gas from the region in 2012. The company also owns the world’s largest gas transmission system, capable of continuously conveying gas over long distances to consumers in Russia and abroad – the length of its gas trunk lines exceeds 168,000km.

Yet despite these impressive numbers, the company faces a considerable threats – not least ongoing political instability in Ukraine, and the row between Moscow and Kiev over pricing and payments.

Gazprom currently meets 30 percent of Europe’s gas needs. While Miller publicly stresses the importance of Russian gas to Europe – noting supplies to Europe and Turkey in May had risen by more than 10 percent, and by more than five percent in the first five months of 2014, year-on-year – he knows that, over the longer term, the key is not only to generate a larger pie, but also a more diversified one.

Of course, Miller isn’t stupid enough to believe the political turmoil in Ukraine hasn’t proven a wake-up call for Europe’s governments. They need to reduce their dependence on Russian natural gas over the longer term by accelerating their search for alternative suppliers.

Conversely, Russia’s 30-year deal (worth €294bn) to deliver gas to China – sealed in May 2014 after a decade of talks – provides the starkest indication yet of Moscow’s own desire to diversify its customer base. Signed by Gazprom and the China National Petroleum Corporation, the deal says China will be supplied with 38 billion cubic metres of gas annually.

The long game
This all needs to be seen in a longer-term context. The Chinese managed to achieve a lower price than the Russians had sought, implying Russia will operate the contract at a loss – at least for the first several years – after it commences in 2018.

Gazprom’s gas production as a percentage of total global output

To put some numbers on this, 38 billion cubic metres of gas delivered annually would imply a gas price of about €257 per 1,000 cubic metres. Gazprom had reportedly been seeking up to €293, which is more than the average price paid by Europe consumers in 2013, according to data from Bloomberg.

For Alexey Miller – and even more so for Vladimir Putin – this is an economic price worth paying if it means longer-term political security for a Russian state swimming in a tide of geopolitical uncertainty.

In the meantime, Miller isn’t afraid to play hardball when it comes to dealing with Ukraine. As the latest spat (in mid-June) with Kiev lurched towards yet another threat to cut off gas supplies to Ukraine, he said: “Thanks to the unconstructive position of the Ukrainian government, today a prepayment system was introduced.” Given the remarks were made at a meeting with Prime Minister Dmitry Medvedev at a government residence outside Moscow, it can be safely assumed that Miller’s toughguy stance has met with the approval of Mr Putin.