Having spent his early career travelling for work, Patrick Tatham understands how difficult it can be to keep formalwear in pristine condition while on the move. His experiences led him to launch a bag that aspires to change business travel for good 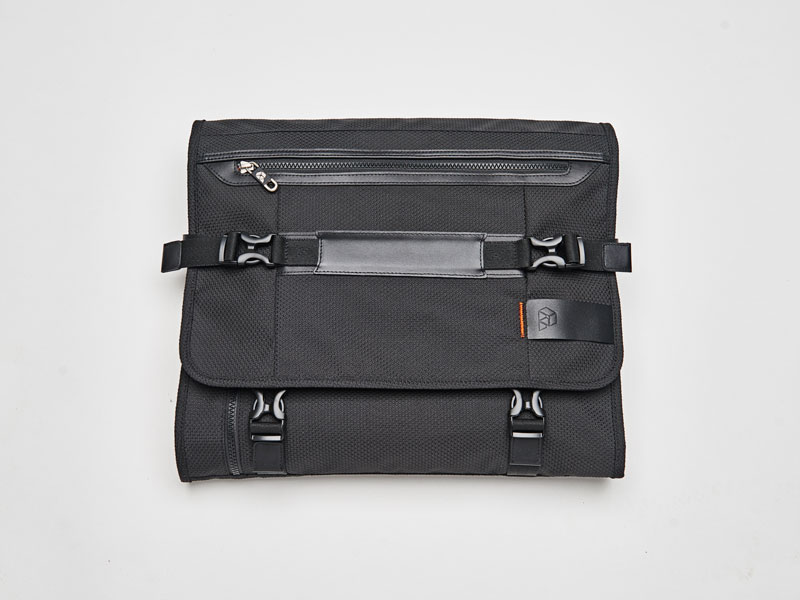 PLIQO's patented folding garment hanger lies at the heart of the PLIQO bag, allowing it to pack down to about half the size of most shoulder-slung garment bags
World View

I worked in the City of London in the heady days of the first dotcom boom, back in the late 1990s. There was a lot of excitement at the time and many ambitious young bankers were heading off to join start-ups in the San Francisco Bay Area. In response, financial institutions across Europe began introducing policies designed to staunch the flow of talent, including flexible working and business-casual dress codes.

PLIQO’s promise is simple: you need never travel in your suit again, no matter how light you’re packing

I remember this causing considerable consternation in some quarters. As a relative youngster, I was OK with chinos and a polo shirt, but for many older colleagues who felt obliged to join in, it heralded confusion and a completely new wardrobe. Perhaps it was no surprise that after the inevitable dotcom bust, many organisations quietly drifted back to more formal dress codes.

Unpacking potential
While most organisations didn’t completely roll back on business casual, many professionals still wear suits regularly, especially when travelling to countries where a more formal business culture prevails. It’s not just at work that we need to look our best, either – think weddings, funerals and events. This is where the PLIQO bag comes in.

While travel is usually enjoyable, it is rarely so in a suit. PLIQO’s promise is simple: you need never travel in your suit again, no matter how light you’re packing. We believe the PLIQO garment bag is the smartest product of its type in the world. The clever design packs a suit down to the size of a laptop bag, ensuring that formalwear is kept in pristine condition, even on the longest journeys.

Our patented folding garment hanger lies at the heart of the PLIQO bag, allowing it to pack down to about half the size of most shoulder-slung garment bags. As a result, you can conveniently stow your PLIQO bag in every sort of cabin luggage and many backpacks, bike panniers and briefcases, or you can carry it as a small shoulder bag. There’s no need to ditch your existing luggage as the PLIQO is guaranteed to work with your favourite travel bags.

A flying start
I was a frequent flyer for many years, usually carrying out quick visits and generally travelling in my suit. Although I’m not a clumsy person, something would inevitably go awry on each trip. My suit would become crumpled during the flight, it was smeared with grease on public transport or flecked with wine at an event. At the time, I thought there must be a better way to transport it, but it wasn’t until I left finance that I had the opportunity to investigate further. Inspiration eventually came from a pair of aviator sunglasses that hinged at the bridge, folding into a neat package. I asked myself what would happen if you applied the same logic to a coat hanger, and there began the design process that would lead to the PLIQO bag.

Once it had been developed, I launched a crowdfunding campaign to generate interest. The campaign was significantly oversubscribed, giving me the confidence to invest further in the business. Since then, I have always tried to generate the majority of sales from PLIQO’s website and the obvious e-commerce platforms, such as Amazon. I also have global distributors, for example in Japan, which has proved a great market for the PLIQO bag. We also have a London-based retailer in the heart of the city, giving overseas customers the chance to see how the bag works while they’re in town.

The twin forces of mounting awareness about climate change and improving telecommunications technology will gradually combine to eliminate any non-essential business travel, but that development is still years away. In the meantime, an increase in high-end leisure travel means a demand for well-thought-out travel products, such as the PLIQO bag, remains strong.