The world’s most successful business leaders are united by a relentless optimism, a strong vision and a willingness to bend the rulebook. European CEO looks at some of the most memorable quotes 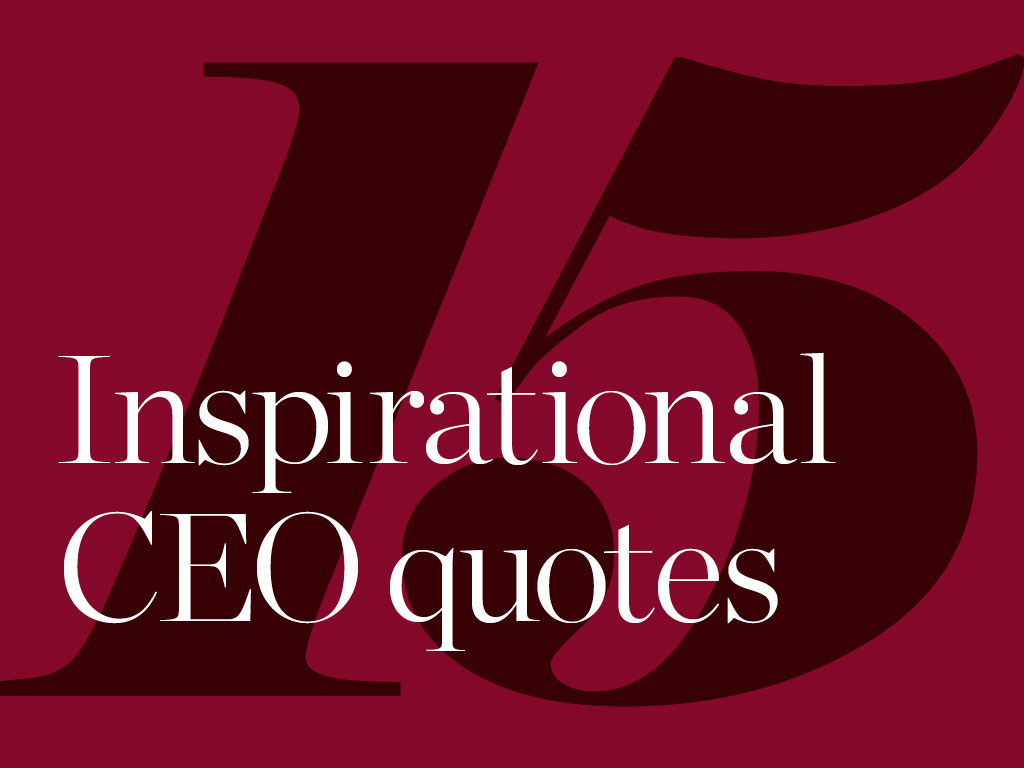 “I always did something I was a little not ready to do. I think that’s how you grow. When there’s that moment of ‘Wow, I’m not really sure I can do this,’ and you push through those moments, that’s when you have a breakthrough.” – Marissa Mayer, CEO of Yahoo

“There’s an entrepreneur right now, scared to death, making excuses, saying, ‘it’s not the right time just yet.’ There’s no such thing as a good time.” – Kevin Plan, CEO of Under Armour

“Don’t worry about failure; you only have to be right once.” – Drew Houston, Co-Founder and CEO of Dropbox

“The biggest risk is not taking any risk. In a world that’s changing really quickly, the only strategy that is guaranteed to fail is not taking risks.” – Mark Zuckerberg, CEO of Facebook

“The common question that gets asked in business is, ‘why?’ That’s a good question, but an equally valid question is, ‘why not?'” – Jeff Bezos, CEO of Amazon

“If we were motivated by money, we would have sold the company a long time ago and ended up on a beach.” – Larry Page, CEO of Google

“No man can be successful, unless he first loves his work.” – David Sarnoff, former CEO of RCA

“Without passion, you don’t have any energy, and without energy, you simply have nothing.” – Donald Trump, chairman and president of the Trump Organisation

“The world is changing very fast. Big will not beat small anymore. It will be the fast beating the slow.” – Rupert Murdoch, CEO of 21st Century Fox

“We’re living at a time when attention is the new currency… We’re all publishers now, and the more we publish, the more valuable connections we’ll make. Twitter, Facebook, Flickr, Foursquare, Fitbit and the SenseCam give us a simple choice: participate or fade into a lonely obscurity.” – Pete Cashmore, CEO and founder of Mashable

On changing the world

“Life can be much broader once you discover one simple fact, and that is – everything around you that you call life, was made up by people that were no smarter than you. And you can change it, you can influence it… That’s maybe the most important thing. It’s to shake off this erroneous notion that life is there and you’re just gonna live in it, versus embrace it, change it, improve it, make your mark upon it.” – Steve Jobs, former CEO of Apple