With talks of a number of high profile mergers taking place in 2015, regulators are faced with the challenge of deciding where to draw the line 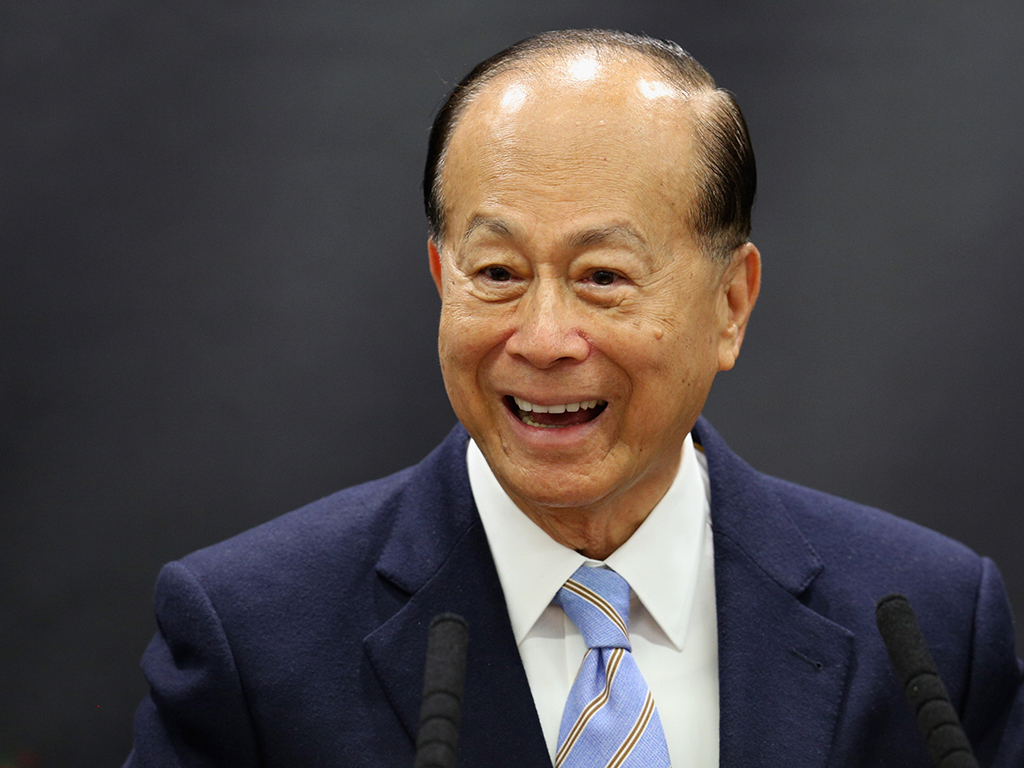 Hutchison Whampoa chairman Li Ka Shing. The company has become a serious contender in the telecoms market, having recently purchased Three. It is currently in talks to purchase O2 for £10.25bn
Management

Forty-two years ago Martin Cooper, manager at Motorola’s Communications and Systems Division, made history on the streets of New York by picking up the first mobile phone and making the first mobile phone call to a rival at another telecoms company. The cordless telephone had not yet been invented, let alone a cellular one, and so competition began to bring a portable cellular phone to market.

The mobile phone has changed considerably from the 16-ounce brick-like device that once sold for $3500, and so has the market. From 1985 to 2015 the mobile industry has had a huge effect on the global economy, and competition in the industry is fiercer than ever, with market demand at an all time high.

Across Europe mergers are being formed and regulations look set to change. Companies, from both the big league and little league, are engaging in a game of chess to overtake, out-buy and out-deal competitors to be the dominant names in European mobile operations.

“The market is now going down a convergent route,” said Robert Grindle, Deutsche Bank’s telecoms analyst, speaking to The Guardian in 2014. “The competitive forces have been unleashed and things are going to have to shake out.”

The big league
A frenzy of new deals is predicted to emerge in 2015 and the competitive playing field of telecoms operators is set for change with some new players edging their way into the big league. Hong Kong billionaire Li Ka Shing, founder of Hutchison Whampoa, became a serious contender in the telecoms market after purchasing the Three network, Britain’s smallest mobile network, and is holding talks to purchase O2 for £10.25bn, which would effectively create the largest mobile network in Britain.

This is not the first time this has happened in a large EU country. In 2013 Telefonica SA agreed to buy the German mobile phone unit of Dutch telecom company Royal KPN NV for €8.1bn, creating Germany’s largest mobile operator.

The possible multi-million pound merger between Three and O2 would see Hutchison own 41 percent of the UK market share. With O2 valued at £9bn, this deal could be a significant one for Telefonica who are heavily in debt. This announcement came hours after shareholders of Portugal Telecom SGPS cleared the €7.4bn sale of PT Portugal, the national telecoms operator, to Altice.

It is predicted that both companies will take the next steps to lead industry consolidation across Europe with Hutchison aiming for Vimpelcom’s Wind in Italy as well as some Nordic businesses. Billionaire Patrick Drahi, founder of Altice, is also expected to push towards acquiring French rival Bouygues Telecom.

The potential merger between Three and O2 was allegedly kick-started by BT – currently in talks to buy EE for £12.5bn. The exclusive talks are believed to have happened after BT rejected the cheaper takeover of O2, which Hutchison ambitiously took advantage of. Should BT’s deal go ahead, Deutsche Telekom and Orange will get a combination of cash and BT shares for their stake in EE.

The scramble for shares
At the end of 2003 there were believed to be one billion unique subscribers, a figure which increased to 3.4 billion unique subscribers by the end of 2013. This transformation in the evolution of mobile usage was made through significant capital investment by mobile operators battling for a significant share of the growing industry.

The global investment of mobile operators is believed to total $1trn in the last six years, according to research carried out by GSMA. This investment is expected to further increase to cope with the strong forecast growth in global traffic data and, in Europe, the number of companies jostling to invest are also on the rise.

The advent of fibre optics, 4G networks, broadband and cloud computing have led to market players battling for a significant share of the growing industry. It’s not about what you own, it’s about how much you own.

The noticeable upsurge of global telecom deals in 2013 continued into 2014 and may well be a game changer in 2015. With deals on the horizon set to change the European telecoms industry, consolidation is swiftly becoming the industry’s favourite word.

Consolidation
“It is crazy that there are over 100 fixed and mobile operators in Europe,” said Stephane Richard, Chief Executive of Orange, speaking to Reuters. The European telecoms industry remains highly fragmented compared to in the US, where there are just four operators who control 90 percent of the market, and China who have three national operators serving over one billion subscribers.

Mobile operators are increasingly drawn towards consolidation to overcome demanding market conditions by focusing on minimising costs. Attractive valuations are another big fuelling factor alongside availability of debt at low interest rates and the willingness of banks to underwrite debt to ensure deals go through.

Consolidation is an effective way for operators to respond to the increasing demand for new digital content and technologies. By forming mergers, smaller companies can combine their services to boost the network, offer a more efficient service to consumers and move forward with new technology to develop or maintain a competitive edge.

This was seen in the British telecoms sector with mobile operator EE, formerly Everything Everywhere. This is the product of consolidation between Britain’s third and fourth largest mobile operators, Deutsche Telekom’s T-Mobile unit and France Telecom’s Orange. Merging the two operators boosted the company to Britain’s largest mobile network and launched them ahead of the competition by being one of the first operators to offer 4G to UK customers.

Consumers in Europe and the US are also benefitting from operators forming mergers to offer quad-play services which can see customers save across the board. In the UK, Sky has announced a partnership with Telefonica. This allows customers to benefit from broadband, landline and pay TV, which Sky offers, as well as access to 2G, 3G and 4G services using O2, which Telefonica offers.

On the flip side of the coin, there are those who argue that consolidation is not the solution to all problems. Speaking to European CEO, the European Competitive Telecommunications Association (ECTA) highlighted the issue that consolidation guarantees big companies will become even bigger all the while losing the need or want to invest in other companies.

Erzsébet Fitori, Director of ECTA, said: “Intensive consolidation would also make obsolete a lot of investments, which have been already made by forcing viable competitors to disappear.

“Competition is the best driver of private investments: it pushes companies to be more innovative and efficient and offer services at competitive prices, which generates user demand. Demand in turn drives more investment. This is a virtuous circle that has proven to work.”

There is a worry that telecom companies are now choosing an inorganic route to expand their market share. While this type of growth allows firms to benefit from a wider pool of skills and experience, the mobile operators focusing on offering bundle packages are only expanding through mergers and acquisitions and are not creating new technologies and new services.

Apple Inc, an example of organic growth, is leading the telecoms industry with innovative and trend-setting products that its competitors have yet to rival. Instead of dominating the market share through acquiring new companies, Apple relies on pioneering technological breakthroughs and delivering unique services to the consumer, such as Face Time.

The issue of consolidation has often been questioned over the impact it would have on the consumer. In a telecoms market, where the large companies dominate, the threat of higher prices, diminished service and limited choice is a worrying reality.

Re-shaping Europe
In Europe regulators are faced with the ongoing challenge of identifying the number of operators that are optimal for market growth. Consolidation has been faced with a number of regulatory burdens imposed by 28 national telecom regulators, 28 national competition regulators and the European Commission.

The EC has recently announced they are looking to encourage consolidation of these 100 operators to increase investment in infrastructure, which has significantly dropped in comparison to countries, such as the US and Asia, with fewer mobile providers.

But consolidation has not always been in their favour. In 2012 the EC attempted to block Vodafone from merging with a rival in Greece, and then caused controversy by allowing Hutchison to combine Austria’s third and fourth largest operators.

The EC has worked to ensure that there are a sufficient number of market players to accommodate consumer competition and choice. British regulator Ofcom, in light of Hutchison’s looming acquisition of O2, is wary of turning a four operator market into a three-operator market for the impact it will have on the consumer.

Austria, Netherlands, Switzerland and Portugal all have a three operator market and while the ultimate decision lies in Brussels, with the European competition authorities, it will be difficult for regulators to stop the inevitable wave of takeovers in the industry as similar consolidations have been happening across the continent.

The EC gave a thumbs up to Telefonica’s takeover of German operator E-Plus in 2014 for $8.6bn. This was the first time in a large EU country that the mobile market fell from four to three operators and simultaneously created the largest European mobile operator outside of Russia.

In France, in 2012, tycoon and Altice founder Patrick Drahi trumped rivals to snap up mobile firm SFR from French mobile operator Vivendi SA. While in the Irish market Hutchison successfully purchased O2, cutting the number of mobile providers in Ireland from four to three.

The EC is taking a more sympathetic approach to consolidation after years of tough legislation and merger remedies. In terms of new technologies, Europe has fallen heavily behind Asia and America and this can be attributed to the regulated industry structure that has proved unconducive to encouraging investment.

The European market is starting to see a greater shift toward consolidation with rumours of Denmark, France, UK, Spain and Italy looking to make the leap from four to three mobile operators. As part of its 2015 agenda, the EC aims to form a single digital communications market to increase growth in employment and output. This will require the regulators to look favourably on consolidation but they have a tough job ahead of them assessing whether individual mergers will be beneficial or detrimental to the growing telecoms sector and affect on the consumer.