UK firms might be getting away with corrupt practices, but they will pay for their bad behaviour eventually 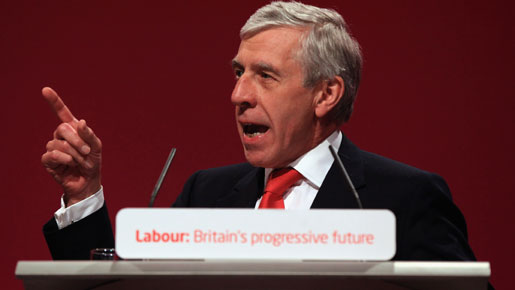 The UK government wouldn’t have been surprised to get its wrists slapped by the OECD’s anti-bribery watchdogs. A reprimand was on the cards as soon as politicians told the country’s Serious Fraud Office to stop investigating claims of corruption involving a leading arms company. But the scale of the OECD’s criticism, and the forthright language used, certainly came as a shock.

An inquiry by the OECD (Organisation for Economic Co-operation and Development) – launched in the aftermath of the Serious Fraud Office’s decision to drop an investigation into BAE Systems over bribery allegations relating to a £43bn arms deal with Saudi Arabia, and other alleged corruption cases – concluded that reform was urgently needed in the UK to address ‘systemic deficiencies’ in the legal system.

Investigations into British firms accused of bribing foreign companies were being hindered by a lack of ‘political will’ to address the problem, the international economic watchdog said. Action was necessary, to establish ‘effective corporate liability for bribery as a matter of high priority’.

The report written by the OECD’s Working Group on Bribery sharply criticised the UK for failing to bring its anti-bribery laws into line with its international obligations under the OECD Anti-Bribery Convention, and urged the rapid introduction of new legislation. Current UK laws made it very difficult for prosecutors to bring an effective case against a company for alleged bribery offences, the OECD said. Although the UK ratified the OECD Anti-Bribery Convention ten years ago, it has so far failed to successfully prosecute any bribery case against a company, the international organisation pointed out.

The working group, which brings together all 37 countries that are parties to the OECD Anti-Bribery Convention, said it was “disappointed and seriously concerned” about the UK’s continued failure to address deficiencies in its laws on bribery of foreign public officials and on corporate liability for foreign bribery.

It emphasised that reforms are urgently needed and should be dealt with as a matter of political priority. Recent cases have also highlighted systemic deficiencies that make clear the need to safeguard the independence of the Serious Fraud Office and eliminate unnecessary obstacles to prosecution, it said.

In a report following a supplementary review of the UK’s implementation of its obligations under the convention, the working group reiterated its previous 2003, 2005 and 2007 recommendations that the UK enact new foreign bribery legislation at the earliest possible date. It expressed its strong regrets concerning uncertainty about the UK’s commitment to establish an effective corporate liability regime in accordance with the convention, as recommended in 2005.

The report said the UK should enact modern foreign bribery legislation and establish effective corporate liability for bribery as a matter of high priority, and take all necessary measures to ensure that Article 5 of the Convention, which notably prohibits consideration of the national economic interest when prosecuting foreign bribery, applies effectively to all investigative and prosecutorial decisions at all stages of a foreign bribery case.

In 2006, the Serious Fraud Office stopped its investigation into allegations that BAE Systems made illegal payments to Saudi officials using a slush fund. The company has denied the claim. The government defended the decision, warning that Saudi Arabia could stop co-operating over issues of national security, and the House of Lords eventually overturned a court ruling that the SFO had acted unlawfully.

The OECD report told the government to ensure that the UK Attorney General, the government’s lead legal adviser, cannot give instructions to the head of the SFO about individual foreign bribery cases, and eliminate the need for Attorney General consent to prosecutions of such cases. And it told the government to ensure that the SFO attributes a high priority to foreign bribery cases and has sufficient resources to address such cases effectively.

Because it has so many serious concerns, the working group asked the UK to provide quarterly written reports on legislative progress. It said it might also carry out follow-up visits to the UK to check on progress.
In a particularly stinging aside, the report warned that uncertainty over the UK’s legislative framework might trigger a need for increased due diligence over UK companies by their commercial partners or multilateral development banks.
The Justice Secretary, Jack Straw, who was appointed the government’s “anti-corruption champion” in the week that the report came out, said the UK was “fully committed” to tackling corruption, saying it “hurts honest companies and raises the costs of doing business.” Straw said the government welcomed the report and will consider its recommendations carefully. “Reform of our bribery laws is a key part of the strategy I announced to Parliament this week, on my appointment as anti-corruption champion,” he said.

Straw is right about the damaging effect that corruption can have on the costs of doing business. Lack of enforcement of anti-corruption laws could result in reduced investment into the UK, according to accountants Ernst & Young.

“Leading global corporations have recognised the economic, social and political costs of corruption and have implemented sophisticated programmes to prevent corruption in their business dealings,” said Jim McCurry, a partner in the fraud investigation and dispute services team at the firm. “As the OECD report indicated, current UK legislation makes it very difficult for prosecutors to bring an effective case against a company for alleged bribery offences.” McCurry said that rigorous enforcement of the US Foreign Corrupt Practices Act against multinationals (including those not domiciled in the US) has been very effective in ensuring companies are doing the right thing when dealing with foreign public officials.

“The lack of enforcement in the UK has reduced the incentives of UK domiciled companies to address the issue of corruption overseas. This lack of incentive means that UK companies who are committed to tackling corruption are at a competitive disadvantage relative to their peers,” he added. “Due to the lack of enforcement of anti-corruption laws, the increased scrutiny by potential investors when evaluating UK domiciled companies could result in reduced investment.” McCurry said he had already seen a heightened level of awareness and action by global corporations in response to regulatory action outside the UK.

Rampant
A recent survey published by the firm – Corruption or Compliance – weighing the costs – showed that corruption is a growing problem for businesses and executives. Increased legislation, enforcement and a perception that corruption is getting worse contrasts with a lack of knowledge about the very laws designed to combat it.

The survey questioned nearly 1,200 executives across the world about their experiences of bribery and corruption. This showed that although companies are doing more to establish anti-corruption programmes, their efforts are being undermined by a lack of knowledge about relevant legislation. Two-thirds of respondents claimed to know nothing about the Foreign Corrupt Practices Act (FCPA), even though it has become the de facto international standard and the basis for aggressive extraterritorial enforcement by US regulatory authorities.

Nearly half of US FCPA prosecutions in 2007 arose because of mergers and acquisitions. A checklist approach to anti-corruption due diligence, and reliance on representations and warranties, is unlikely to be sufficient protection from legal risk and possible reputational damage, the firm said.

Nevertheless, regulatory enforcement is significantly stronger than in the past. Foreign bribery investigations by prosecutors in OECD countries have increased fivefold from 51 cases in 2005 to 270 cases in 2007. Individuals are increasingly being targeted for prosecution as well.

Over two-thirds of our respondents said laws and regulations against bribery and corruption were being enforced at least fairly strongly and almost 70 percent of respondents noted that enforcement had become stronger in their locality during the past five years. Companies are recognising the risks and claim to be doing more to implement anti-corruption policies and procedures into their compliance programmes: more than half of the respondents cited increased training and awareness assisted in reducing the risks, for example.

More than 45 percent of respondents said they routinely conducted anti-corruption due diligence prior to an acquisition. Over two-thirds believed that their internal audit teams had sufficient knowledge to detect bribery and corrupt practices and half thought compliance-focused audits were successful in mitigating these risks.

Furthermore, knowledge of the FCPA and its requirements was found to be lacking. Only one-third of our respondents claimed to have some level of knowledge about FCPA and even among senior in-house counsel some 58 percent said they were not familiar with the US law. “Companies could benefit considerably from both increasing their knowledge and awareness of the FCPA and improving their capabilities to mitigate the risk of bribery and corruption,” said Ernst & Young.

Genuine anti-corruption compliance is not simply about avoiding penalties, or even about avoiding internal problems. It is about balancing the need to improve the business – achieving its potential – while keeping the company and its executives out of trouble. In the UK, a slack enforcement attitude means that companies don’t always face the legal sanctions that bad behaviour should result in. But they cannot escape punishment, as a weak culture of non-compliance in this area will hurt their business eventually.