With job burnout on the rise, companies are training their workforce to be more resilient. But these programmes shouldn’t come in lieu of a healthier working culture 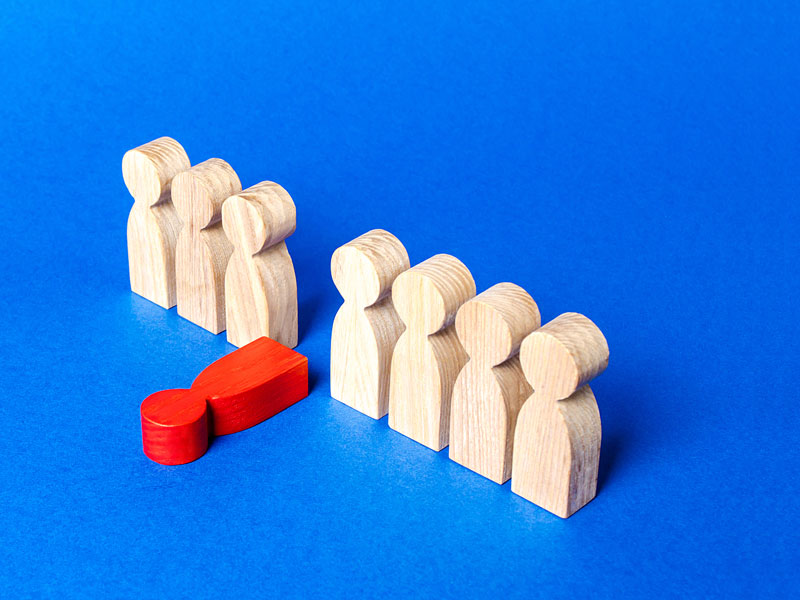 As business leaders become more aware of the prevalence of burnout, resilience training is growing in popularity
Management

It affects one in four adults and costs the global economy $322bn (€292.66bn) each year. Burnout is described by the World Health Organisation as a “syndrome resulting from chronic workplace stress that has not been successfully managed”. As well as potentially contributing to anxiety or depression, burnout also takes a serious physical toll: a 2020 study, published in the European Journal of Preventive Cardiology, found that frequently experiencing burnout can lead to an irregular heart rhythm called atrial fibrillation, which increases the risk of blood clots, stroke and heart failure.

As business leaders become more aware of the prevalence of burnout, resilience training is growing in popularity. These programmes promise to safeguard employees against workplace stress by bolstering their psychological defences. But this alone isn’t enough. Instead of simply throwing money at weekly yoga classes or an in-office masseuse, organisations should acknowledge that they might be the ones in need of fixing.

Companies should focus on building a supportive culture that will better equip employees to deal with stressful experiences, both in and outside of work

Crash and burn
The silence surrounding burnout in the workplace makes it particularly difficult to address. “People often don’t realise they are burning out,” said Sally Maitlis, a professor of organisational behaviour and leadership at Oxford Saïd Business School. “Burnout builds over a period of time, as one progressively becomes less enthusiastic, more exhausted and eventually more emotionally cut off from other people. Individuals who are in this process tend to think they are just tired or in a bad patch and that it will pass on its own. It frequently doesn’t.”

Those at risk of burnout are usually the most committed employees. These individuals are prone to overwork, staying long hours and taking on the bulk of high-pressure jobs. They may also be reluctant to share how they’re feeling with others for fear that they’ll weaken morale among their team or lose their hard-earned reputation for dependability.

High levels of psychological resilience could reduce the risk of burnout. Psychologists define resilience as the ability to regulate our emotions in the wake of a stressful experience. Richta IJntema, a researcher in Utrecht University’s psychology department, believes the optimistic narrative surrounding resilience explains its current popularity in the corporate world. “It conveys the message that people need not necessarily fall victim to stressful and difficult circumstances at work, but could learn to adapt to new situations they are facing,”
she told European CEO.

Resilience training programmes are most common among emergency responders. These individuals need to keep a cool head while managing highly traumatic situations. They may, therefore, receive training to mentally prepare beforehand, and again afterwards to help them cope with any negative emotions. But it’s unclear how effective these programmes are. One study published in December 2018 found that SPEAR – a programme developed for the UK Royal Air Force – had no impact on the mental health and wellbeing of recruits.

Other resilience programmes focus on instilling good habits with regards to sleep, nutrition and exercise. Few of us would dispute the idea that a healthy lifestyle could positively impact our mental health; however, these wellness programmes can seem impersonal, leaving employees feeling that the organisation wants to turn them into ultra-high performers instead of addressing their workplace issues. As a result, instead of a one-size-fits-all approach, many work psychologists recommend individual counselling. However, most employees don’t feel they have time for regular therapy sessions. Ultimately, the most logical solution to burnout is also the hardest to implement: a change in workplace culture.

Setting an example
Employers tend to take a black-and-white approach to their employees’ resilience, assuming they either have it or they don’t. As IJntema points out, resilience is much more context-dependent than this. “To illustrate, an employee who looks resilient because she’s able to handle work overload better than her colleague may receive family support to work late at night,” she told European CEO, “while the ‘non-resilient’ employee has to take care of his ageing parents in the evenings.”

By recognising that resilience is something employees can build up over time, companies are taking a step in the right direction. But they can still be reluctant to accept their own role in employee burnout. According to Maitlis: “Many managers believe people should keep their problems out of the workplace, overlooking the fact that many problems are rooted in work issues, or at least amplified by work demands.”

For example, Christina Maslach, an expert on burnout from the University of California, Berkeley, has identified some of the main causes of burnout as unfair treatment, unmanageable workload and a lack of role clarity – all of which the employer is at least partially responsible for.

Top management may not even be aware they’re making unrealistic demands of their workers: it’s difficult for time-poor CEOs and senior leaders to keep track of every employee’s performance. Inadvertently, they may end up judging employees based on how often they see them in the office, rather than by the quality of their work. Employees absorb this and reach the conclusion that they need to spend long hours glued to their desks if they plan on moving up the corporate ladder.

CEOs and senior leaders also send negative signals to staff when they repeatedly overwork. A 2013 Harvard Medical School study found that 96 percent of senior leaders feel burnout, with a third calling it “extreme”. This not only puts pressure on employees, but also damages their own performance at work.

Make light work
There are a number of ways that companies can create a healthier working culture. One is by introducing flexible working. Another is encouraging workers to establish a better balance between their professional and personal lives. In Germany, Volkswagen sets its internal servers to not route email to employees between 6.15pm and 7am. Meanwhile, in South Korea – where many employees regularly work more than 50 hours a week – some companies broadcast reminders telling workers to go home once the working day is over.

Beyond this, companies should focus on building a supportive culture that will better equip employees to deal with stressful experiences, both in and outside of work. “There is now a considerable body of research showing the benefits of compassion in the workplace,” said Maitlis. “We know that compassion – by which I mean noticing another’s suffering, feeling empathy for them and acting to alleviate the suffering – increases the commitment and capacity for productive work of those who receive it. But those who act compassionately towards others, and even those who merely witness acts of compassion in their organisation, are also positively affected in terms of their own wellbeing, sense of purpose and feelings of pride in their place of work.”

Even if a wellbeing programme temporarily lifts employees’ spirits, it won’t protect against chronic workplace stress. Ultimately, communication is key. Studies have found that employees are less likely to experience burnout when they feel connected to their team. This isn’t just because strong bonds can protect against feelings of anxiety and loneliness, but because these relationships facilitate a healthy environment in which to discuss problems in the workplace. In the age of burnout, employees need to feel that they can speak up against overwork, and that they’ll be listened to when they do.