How businesses can support introverts in the workplace

In the modern workplace, it can seem as though those who shout loudest get the furthest. Businesses need to ensure their introverted employees are given equal opportunity to shine 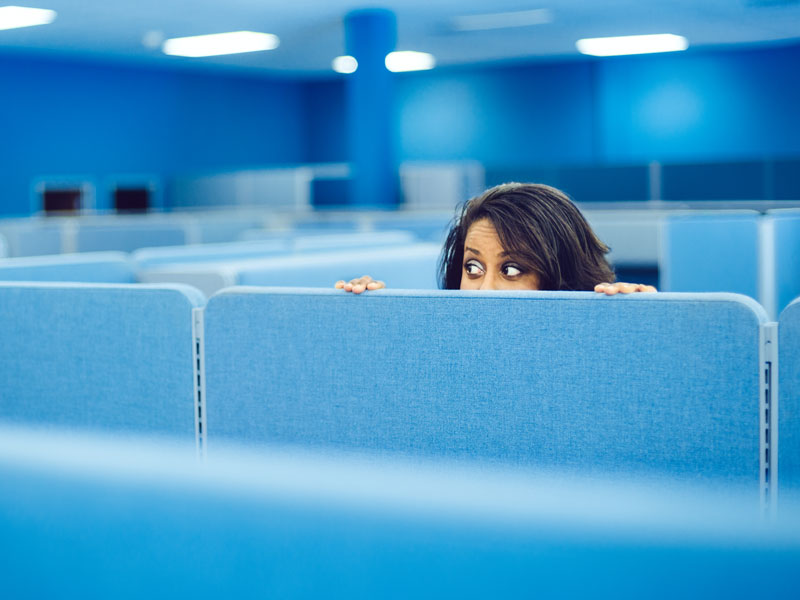 Corporations have tended to favour more vocal employees, particularly when it comes to filling leadership positions, but a growing body of research has shown that this is a foolhardy approach
Featured

January 2 is World Introvert Day. Tucked away just after we’ve finished ringing in the New Year, it’s perfectly positioned in the calendar: understated; easily missed. And while it’s not entirely clear if the quiet ones among us enjoy being the centre of attention – even if it’s just for one day – it is nevertheless worth taking the time to consider the merits and contributions of those who might otherwise be allowed to fade into the background.

Businesses, in particular, would do well to appreciate the introverts in their midst. Corporations have tended to favour more vocal employees, particularly when it comes to filling leadership positions, but a growing body of research has shown that this is a foolhardy approach – one that ignores the potential residing in a wide range of personality types.

Not the shy, retiring type
A common misconception is that introverts are shy or socially anxious. When renowned psychologist Carl Jung coined the term in the early 20th century, however, this was not a part of his definition. Instead, he viewed introversion as the state of primarily gaining gratification from within or from solitary pursuits. Extroverts, on the other hand, prefer to receive stimulation from outside themselves – from their surroundings and relationships. This can mean that extroverts are more outgoing, talkative and assertive, but it should be remembered that introverts are not necessarily distressed or unhappy in social situations – they simply prefer reflection to outward expression.

Unfortunately, the devising of these two personality types has often led to an overly simplistic evaluation of individual preferences. Although Verywell Mind, a mental health resource website, suggests introverts make up somewhere between 25 and 40 percent of the total population, extroverts do not make up the rest. In fact, Jung saw these two groups as being in the minority, with most people falling in between – individuals he dubbed ‘ambiverts’.

“Confidence and extroversion are terms that are often used interchangeably, but it’s important to clarify that they aren’t the same thing,” Amy Walters, research lead at management consultancy firm Lane4, told European CEO. “Research shows that in an average meeting, three people do roughly 70 percent of the talking. Although a leader with an introverted preference may spend more time listening, reflecting or analysing, this doesn’t mean that they are any less confident when they do speak or act. Conversely, an extroverted individual may spend more time speaking, but it doesn’t necessarily mean they are confident either.”

One of the consequences of introverts being misunderstood is that their talents have been underappreciated – particularly when it comes to choosing someone for the big jobs. A 2006 study by Harvard Business Review found that 65 percent of senior corporate executives cited introversion as a barrier to leadership. And even if introverts aren’t viewed especially negatively, they are easily overlooked.

In the past decade, 54 percent of international businesses reported facing skills shortages, according to ManpowerGroup. In such a climate, firms cannot afford to be ignoring the skills they already have at their disposal. Introverts can be great listeners, often proving more willing to let others have their say first. They are also great at building relationships with their colleagues because they are less likely to use socialising purely for career gains – they generally prefer to make deeper connections. What’s more, their eagerness to engage in self-reflection means introverts are often great characters to manage – keen to learn and willing to admit and correct their errors. A different kind of leader
For an introvert, there may be no greater challenge than convincing an employer they are the right candidate for an open leadership position. Although a recent Myers-Briggs Company study found that, globally, around 56.8 percent of people preferred introversion, this figure dropped to around 39 percent among senior leaders and top executives in the US. In Sweden, this figure stands at just 30 percent; in Finland, it’s 23 percent.

It should be pointed out that extroverts do have some strengths that make them good leaders: they are often more proactive, persuasive and better able to adapt to different social situations. But while the stereotypical leader may be dominant and outgoing, that does not mean this is the only type of person fit for the top jobs.

“The truth is that introverts tend to have their own unique abilities that can help make them stand out as leaders, and perform just as effectively as their more boisterous, extroverted counterparts,” Heikki Väänänen, founder and CEO of HappyOrNot, a Finnish producer of customer feedback terminals, explained to European CEO. “Introverts are generally more approachable to their colleagues and, critically, more receptive to feedback from customers, clients and other important external individuals. These empathic abilities can give introverted leaders a big advantage when dealing with complex relationships, as they are able to connect with people on many different levels.”

To exhibit their leadership strengths, introverts first have to overcome a significant workplace bias. Recruitment firms and human resources teams may need to rethink their job application processes to ensure it is fair for the full range of personality types. Giving out as much information as possible before a prospective interview can help introverts come across as more confident, since they generally prefer to be as prepared as possible. Avoiding group interviews will also give them a stronger chance of success – or, put another way, it will give companies a better chance of finding the right leadership candidate.

“Introverted leaders are more likely to empower others to develop their own leadership potential as they are less interested in being front and centre all of the time,” Joanna Rawbone, founder of Flourishing Introverts, told European CEO. “Some of our time’s most notable leaders are known introverts: Barack Obama, Bill Gates, Warren Buffett, Larry Page, Al Gore, Elon Musk and Jeff Bezos.”

The perfect blend
Just as most of us are neither complete introverts nor extroverts, it seems the best approach for businesses may be to build teams containing individuals from across the personality spectrum. Research from Harvard Business Review suggests interactions between team members are more important to company profits than whether a particular manager is outspoken or reflective. Looking across fast-food outlets in 2015, Harvard Business Review found that extroverted leaders delivered 16 percent higher profits when compared to those with introverted leaders, but only when their employees were passive. When stores had proactive employees, extroverted leaders posted profits that were 14 percent lower than their introverted peers.

“If your business has a healthy mix of introverts and extroverts across all levels, then you are going to find yourself with a balance of thinkers and talkers,” Väänänen said. “This is extremely important in a business because these two groups should never be seen as warring factions, but instead as collaborators who can bring out the best in each other.”

It would seem, based on the numerous workplace studies that have been conducted to date, that companies need to consider the make-up of their workforce when deciding whether to employ or promote an introverted worker. Introverts are great at getting the best out of their colleagues, using their listening skills and a more passive approach to enable those around them to flourish. However, they may not always be the best at displaying their strengths – in these situations, a proactive manager can be just what is required. Is an introvert or an extrovert the right person for your company? The answer is: it all depends.