Craft beer is fast becoming the drink of choice for hip and discerning European drinkers. The trend for microbreweries is taking bars and pubs by storm 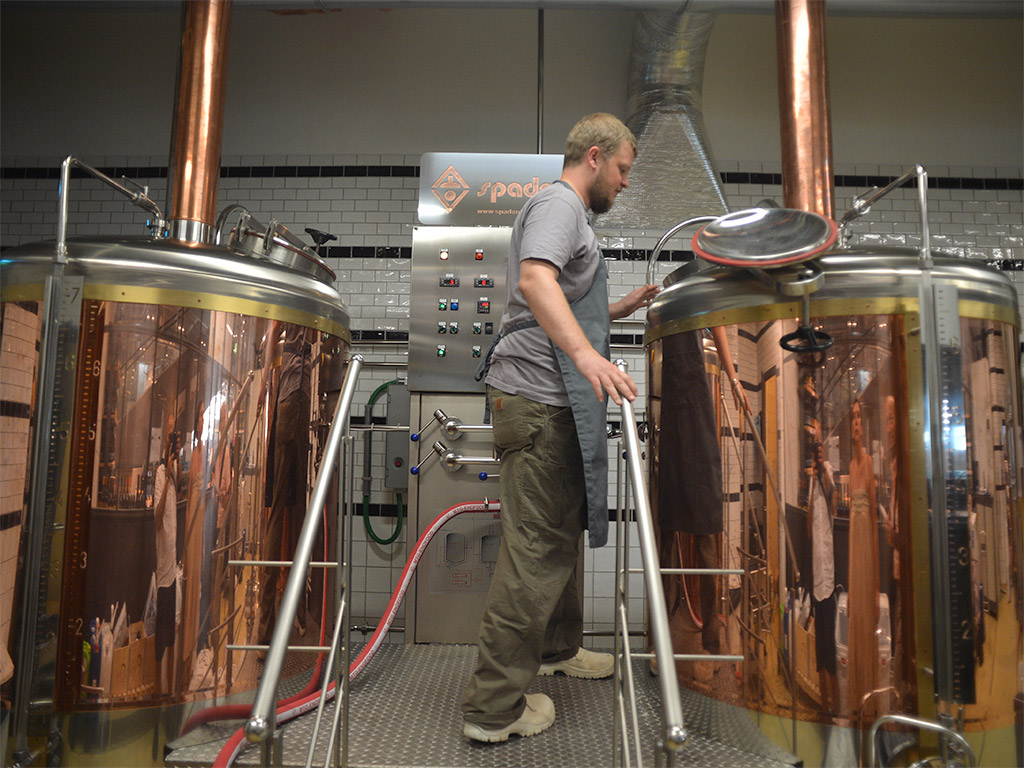 Entrepreneurs in Europe are keen to emulate the success America has had with craft beer. Statistics indicate that the number of British breweries classified as small or craft doubled in just over a decade
Management

Once the preserve of bearded hipsters from Brooklyn, craft beer quickly conquered the hearts and taste buds of bar-goers all over America. And now a wave of entrepreneurs are looking to emulate the trend in Europe, as microbrewers set up shop all over the region, attracting the attention of mainstream manufacturers and consumers alike.

Though the Old Continent has a much more established traditional brewery market, sometimes dating back hundreds of years, a revival is still afoot. According to the British Beer and Pub Association, the number of breweries classified as small or craft doubled in just over a decade, and there are now close to 1,000 such manufacturers all over the country. And the trend is not exclusive to Britain, where stout and ale industries are well established, but has spread into the continent and is booming in Scandinavia.

Big brewers alike are taking note. MillerCoors, for example, launched its own craft division, Tenth & Blake, in 2010 and is expecting double digit growth this year. Anheuser-Busch InBev has distributed Goose Island craft brands since 2006, and has recently acquired the whole company for close to $40m. Suddenly it’s become very clear that when it comes to business potential, there is very little that is ‘micro’ about these breweries.

Schönram has been a brewery since 1780, but the Bavarian enterprise only started drawing renewed attention when American Eric Toft, took over as brew master. Though the brewery still adheres by the strict Reinheitsgebot brewing purity code enforced in Germany, Toft has been extending Schönram’s range to include IPA’s and other British-inspired varieties. Beer sales in Germany are actually in decline, so Toft hopes that by innovating their range, he can revive interest in traditional breweries. “For a lot of brewers, it’s an easy excuse to say, I can’t think outside the box, so we’ll carry on business as usual,” he told the BBC. “But, actually, the Reinheitsgebot ought to be an incentive to be creative, because we are forced to think of ways of making different flavours within the law.” Founded in 1994 in Cornwall, the brewer traditionally made a variety of cask beers and ales. Its flagship, Doom Bar, has legions of devoted fans and is named after a sandbank at the mouth of the Camel Estuary where mariners often got stranded or shipwrecked. Sharp’s was sold to Molson Coors in 2011 for £20m, but remains a relatively small-scale operation with just 80 employees producing its dozen or so seasonal beers and ciders. Head brewer Stuart Howe is universally admired in local craft beer circles and has not been afraid to experiment with new and unusual recipes, including a recent one calling for the use of woodlice. “The toughest part about being a brewer is when the beer comes out wrong,” he told Honest Brew. “It’s sheer heartbreak.” Van Steenberge is the last surviving brewery in the Meetjesland region of Belgium, a once traditional hot spot for the beverage made at local Augustine monasteries in the past. Brewed since 1295, Jozef Van Steenberge revitalised the Augustinian traditional lager and in 1982 Augustijn was born. Though the brewery is extremely well respected, it remains family owned and relatively small-scale. It has since launched another two lines of beers – a dark and a premium – and has gone on to win international taste competitions, including taking home gold and silver awards at the World Beer Challenge 2013. Fans enjoy it because its long fermentation period gives the beer a mild and soft, but very rich taste. Van Steenberge is also exploring the tourism potential its brewery brings because of the rich history of the region. Visitors can take monastery and factory tours, and head to the in-house restaurant for beer and food. The Czech Republic has a long and proud tradition of beer brewing, and a number of international bestsellers, like Staropramen, originate there. HOBO has been building on this fine tradition, but remaining true to historic brewing techniques.Based in Zatec, in Northern Bohemia, HOBO uses only local hop, known as Saaz, and has operated out of the same facility since 1801– though it was duly revitalised after the Velvet Revolution. HOBO is also innovative when it comes to marketing and presentation, and has emerged as something of a cult following, by playing on the image of hobos as “migratory workers that like to travel. Hobos may have lacked money but they didn’t lack manners and they lived their hard-working, wandering lives”.

Increasingly available all over Europe, HOBO is expertly combining tradition with modernity, and excelling at it. The big daddy of hipster cool beer, Evil Twin has it all: snazzy bottle art, amusing beer names, daring flavour pairings, and a cult following. The company even makes a snarky self- deprecating beer called Hipster Ale, and it is a runaway hit. Launched in 2010 by Jeppe Jarnit-Bjergsø, a former school teacher, Evil Twin produces a variety of limited edition or one-time only beers and ales. Spicy Nacho and Biscotti were two popular lines, as was a brew known as Plastic Man and another called We (Heart) NY Yellow Cab Lager. Today the company exports to over 12 countries, and has a permanent bar in Brooklyn, New York. In the four years since it was launched, Jarnit-Bjergsø and Evil Twin have already collected a number of awards and more than tripled production.