In an increasingly fast-paced, hi-tech world, more and more people are leaving city offices to pursue their passions in the craft economy instead 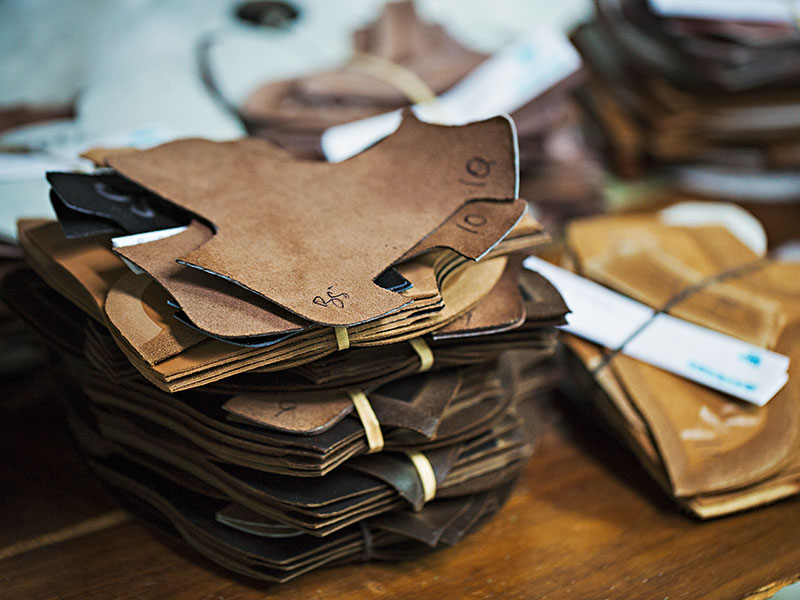 Participation in the craft economy is snowballing, with US consumers spending €36.7bn on creative products last year
Lifestyle

Hardly a day goes by where the world isn’t rattled by the shockwaves of a geopolitical or ethical crisis. Times are uncertain, and we are more connected to the chaos than ever. Millennials and Generation Z – groups that, combined, encompass those born roughly between 1980 and 2010 – are the generations of the smartphone and the internet. They are multitaskers and perfectionists, and they are no strangers to the constant pull of social media or the incessant pinging of push notifications.

All of these traits have not come without consequence: recent studies suggest Millennials and Generation Z face higher chances of being anxious or depressed. Unsurprisingly, then, many are increasingly interested in logging off and trading their desk job for a workshop. Craft businesses are poised to play a pivotal role in the global economy – not to mention individual wellbeing – as workers gradually flip the script on the 21st-century workplace.

Crafty consumers
Participation in the craft economy is snowballing, with US consumers spending $43bn (€36.7bn) on creative products last year, according to the Association for Creative Industries (AFCI). Over the same period, 63 percent of US households participated in at least one craft activity. This equates to around 70 million households contributing to the craft economy each year, AFCI President and CEO Mark Hill told European CEO.

Meanwhile, research from the UK’s Crafts Council suggests the craft industry generates £3.4bn (€3.9bn) for the UK economy each year. In the EU, cultural and creative industries employ more than 12 million people, accounting for 7.5 percent of the entire workforce, according to the European Commission’s latest research.

A craft business can encompass many things: it could be hand dyeing New-Zealand-grown merino wool, conjuring up small batches of pickled vegetables or ‘upcycling’ home decor. It could also include joining the thriving craft beer market; in the US, small, independent brewers contributed $67.8bn (€58bn) to the economy in 2016, up nearly 22 percent from 2014.

Engrossing oneself in an engaging activity is relaxing, and the resulting product creates a sense of pride and ownership

Speaking to European CEO, Jonathan Burton, Festival Director of London Craft Week, said craft-focused events have also noticed a surge in interest. The week-long London festival aims to turn the spotlight on makers of all types and, according to Burton, has grown “incredibly quickly”. In 2015, the festival held just 60 events; in 2018, that number had nearly quadrupled to 230.

The rising interest in craft goods comes as consumers increasingly seek out artisanal products. Burton believes consumers desire products with authenticity and provenance: “[Consumers] are increasingly discerning, socially responsible and want to engage with who, how and where something has been made.”

Hill, who has worked in the industry for more than 20 years, said consumers also crave personalisation. New independent retailers offering specialised goods, expert advice and a very strong one-to-one relationship with the consumer are replacing general one-stop shops. Hill said: “Despite what you hear, the younger generation does value an in-store, brick-and-mortar location. However, it’s got to be different from what they could find online.”

Business is booming
Profit-hungry entrepreneurs and corporations have also recognised the surge in crafting. Online marketplace Etsy is worth $5bn (€4.3bn) and has clocked up nearly two million individual sellers. Not only does the website give crafters a platform from which to sell their homemade wares, but its mission to “keep commerce human” is also proving to be a success. Shares in Etsy, which made its stock market debut in 2015, rocketed to an all-time high in June after the company announced it expected sales in 2018 to grow by 32 to 34 percent compared with the previous year – 10 percentage points higher than earlier predicted.

Amazon is also lurking in the corners of the craft economy. The online retail behemoth launched its craft-focused arm, Amazon Handmade, in 2015. Although products are sold directly by artisans, consumers get the best of both worlds, as some qualify for Amazon Prime’s next-day shipping. In 2017, the firm boasted an offering of more than one million handcrafted items from thousands of artisans and small businesses.

Social media website Pinterest plays an influential role in the crafting world, too. The site, which acts as a digital bulletin board, allows crafters to browse for inspiration. Pinterest is reportedly planning an initial public offering in 2019, which would likely value the company at a whopping $12.3bn (€10.5bn). The website already has around 200 million monthly active users – a figure that has doubled since 2015 – and the firm’s user base is strong and engaged, making it a favourite for advertisers.

In addition to boosting the profile of the craft economy, these online marketplaces also encourage consumers to become involved. Now, more people are leaving traditional jobs to pursue a craft passion.

From hobby to career
Today’s artisanal retailers skew younger than they have historically, and it makes sense: Millennials and Generation Z have the innate skills to make low-cost businesses prosper. Whether for good or bad, these generations are well versed in the side hustle. They are also digital natives, which Hill believes gives them a leg up: “They’re used to marketing and understand how to market online effectively, how to use social media and [how] to use the portfolio of web services that are out there today to simplify a start-up.”

Many craft experts, however, suggest the time spent away from screens in today’s hi-tech world is a bigger draw. “In a frantic world, mindfulness has become something of a buzzword and feels like a happy by-product of many crafts,” Burton said. “Taking time to develop skills and explore personal creativity gives individuals time to reflect, as well as express themselves through a wide range of materials.”

Hill, meanwhile, referred to it as “high-touch versus hi-tech”. At a time when people are increasingly spending their days in front of tablets, laptops and computer screens, high-touch activities present an opportunity to do something more physical. Engrossing oneself in an engaging activity is relaxing, and the resulting product creates a sense of pride and ownership.

One of the main drivers of the craft economy is likely to be the desire to find meaningful work. Careers website Escape the City was co-founded by Dominic Jackman after he left a London-based career in management consulting, having noticed both he and his friends were not happy in their jobs and were not working to their full potential.

“I thought: this is such a waste,” Jackman told European CEO. “Why aren’t people working on work that matters?” Escape the City now has close to 400,000 members and helps people change their career or turn their idea into a business. The firm’s start-up programme aims to assist entrepreneurs in breaking down and developing their ideas in a risk-free environment.

People often fear the financial repercussions of starting a craft business. But when Escape the City questioned members who had made the switch on their quality of life, work-life balance and finances, the vast majority felt they were not in a worse financial position, while every other category showed an improvement.

“Everyone’s looking for fulfilling work,” Jackman said. “People want to feel like they are actually contributing to a greater good. I think once you’ve had a taste of it, you never go back.”