Rivalries in the workplace can push employees to perform at their best, but we should be wary of letting a healthy dose of competition go too far 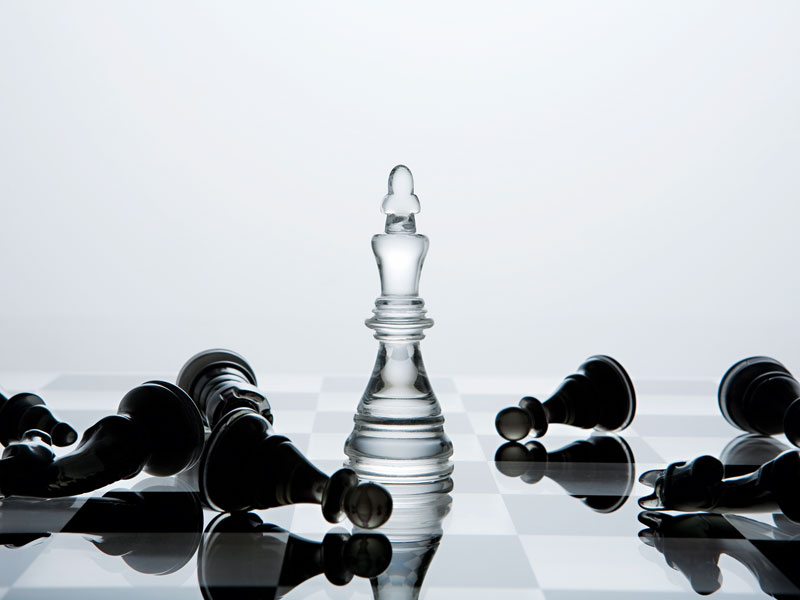 Throughout history, rivals have pushed one another to perform at their best, but competition must be handled carefully in the workplace
Featured

In a recent survey, the global employment website Monster found that 20 percent of employees had left a job because of a workplace rivalry. Nonetheless, a growing body of evidence suggests adversaries make us better at what we do.

Throughout history, rivals have pushed one another to perform at their best. The art critic Sebastian Smee once said that Henri Matisse’s iconic Blue Nudes “forced Picasso to radically rethink what he was doing”. Ayrton Senna and Alain Prost became two of the greatest drivers in Formula 1 history thanks, in part, to their intense desire to crush the other on the racetrack. “Metaphorically, Senna wanted to destroy me,” Prost reflected.

By working together, rivals could potentially achieve more than they would alone

Gavin Kilduff, an associate professor of management and organisations at the New York University Stern School of Business, has spent years studying why rivalries develop and how they affect decision-making.

He’s discovered that a bit of healthy competition is no bad thing. “Rivalry can absolutely serve to increase motivation and productivity,” he told European CEO.

“My research has found that people across various domains report being more motivated and performing at a higher level when they compete against their rivals. I also found that long-distance runners ran faster races when their rivals were present at the race. Furthermore, some of my research shows how rivals can even motivate us from afar – we pay close attention to the successes of our rivals and try harder if we see them succeed, even if they are not directly competing against us.”

Cutthroat competition
Of course, there’s a fundamental difference between a sporting rivalry and a workplace one. In the worlds of sport, art and culture, individuals are driven to succeed for personal gain; in the business domain, companies require employees to work closely together to meet the goals of the organisation. Making a mortal nemesis out of a co-worker isn’t necessarily going to achieve that goal.

Indeed, it can mean that employees lose sight of the broader company mission. In a 2019 study published in the Journal of Personality and Social Psychology, researchers observed an interesting phenomenon during the experiments they carried out: the closer individuals got to achieving their goal, the more likely they were to sabotage the competition, even if it meant negatively impacting their score. Competition can become self-defeating. What’s more, if a rivalry goes too far, there’s a risk people will play dirty. “My research has found that rivalry increases risk-taking – which can be good or bad, depending on the context – as well as [one’s] willingness to engage in unethical behaviour to get ahead,” Kilduff said. “Such rivalries that get out of hand can absolutely be detrimental to company culture and may erode cooperation and connection between employees.”

When those in senior positions start to make unethical decisions to undermine rivals, things can get ugly. Last year, Credit Suisse took a serious blow to its reputation after it was revealed that then CEO Tidjane Thiam had hired private investigators to tail former employee Iqbal Khan after he joined the company’s rival, UBS. Some companies have even tried to directly sabotage their competition: in 2014, Uber was accused of getting its employees to book and cancel around 5,500 Lyft rides to eat into its rival’s profits and driver availability. Uber has said Lyft’s claims are “baseless and simply untrue”.

Rising to the challenge
There is a clear distinction to be made between rivalries that push us for the better and those that become all-consuming and destructive. But what differentiates one from the other? “This is a critically important question that continues to be studied,” Kilduff said. “Based on our current understanding, rivalry (as well as general competition) tends to be more helpful when it is experienced as a challenge. Challenge states are more likely to occur when individuals feel the competition is fair, that the downsides or punishments for losing are limited, and that they stand a reasonable chance of succeeding if they put in a high degree of effort.

“By contrast, rivalry and competition can lead to a host of undesirable and destructive outcomes when they are experienced as threats, which are more likely to occur when individuals are uncertain about the rules or norms of the competition, fear punishments or demotions for losing, fear antisocial or sabotaging behaviour from their opponents, or feel like they do not have the skills necessary to stand a reasonable chance of succeeding even if they put in a lot of effort.”

In the case of Matisse and Picasso, both artists had a deep influence on the other’s work that proved key to their creative achievements. This would not have happened if they refused to acknowledge one another’s skill in the first place.

Play nice
Friendly competition, it seems, is the form of rivalry that is most conducive to our success. One study conducted by the University of Pennsylvania found that friendly competition is more effective than social support in motivating people to exercise. By working together, rivals could potentially achieve more than they would alone.

This is also true of organisations. Although it may seem counterintuitive, there are examples of businesses gaining an advantage by lending their rivals a helping hand. In an interview with Inc., Boston Beer Company co-founder Jim Koch explained how he prevented his competitors in the craft beer industry from going under during a worldwide hops shortage in 2008: “We put out an announcement to craft brewers that we would sell them our hops at cost. We were able to help more than 200 breweries – some were faced with shutting down without a supply.” His logic was that if they kept the craft beer market afloat, there would be “plenty of business for all”.

We can expect to see even more collaboration between competitors in the wake of the coronavirus pandemic. In April, the EU adopted a temporary framework allowing companies to cooperate in the fight against COVID-19 without raising competition concerns. Among those to have put their rivalries to one side are pharmaceutical giants GlaxoSmithKline and Sanofi, which are now working together to create a vaccine – a partnership that hitherto would have attracted a lot of scrutiny from regulators.

A rivalry could be exactly what we need to push our performance to the next level, but this doesn’t mean we should make mortal enemies out of peers. Rather, it’s through mutual respect and even cooperation that individuals – and companies – can unlock the true benefits of a competitive relationship.