Jet lag can ruin a business trip. But with remedies becoming more hi-tech, travellers no longer have to be at the mercy of this unpleasant sleep disorder 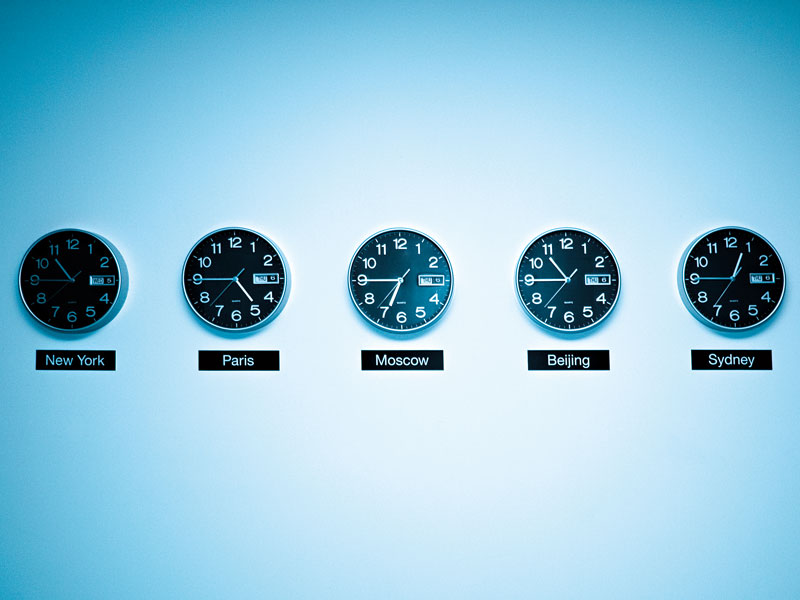 Research confirms that jet lag has a detrimental impact on our decision-making in the short term, but it can also put a real strain on one’s health
Featured

Jet lag is an immense inconvenience for frequent fliers. Long after alighting the plane, travellers can find themselves in a sluggish state, struggling to process information and fantasising about the next opportunity for a good night’s sleep – none of which is ideal when travelling for a high-pressure business meeting.

Research confirms that jet lag has a detrimental impact on our performance: a 2017 study by Northwestern University found that jet-lagged Major League Baseball players made mistakes their well-rested competitors didn’t. Jet lag can also encourage us to make decisions we’ll regret.

“Tired people are more impulsive, they lack empathy and they are not as good at making reasonable, rational decisions,” said Russell Foster, head of the research group the Sleep and Circadian Neuroscience Institute. “One of the major mistakes of the Cold War – which was throwing Egypt into the arms of the Soviet Union – happened because US Secretary of State John Foster Dulles got jet lag and made an impulsive decision to cancel his agreement with Egypt’s president, Colonel [Gamal Abdel] Nasser.”

As well as seriously impacting decision-making in the short term, jet lag can put a real strain on one’s health. Research from the University of California, Berkeley, found that chronic jet lag can cause long-term memory problems, while Stanford’s Centre for Sleep Sciences and Medicine suggests it increase a person’s risk of developing Alzheimer’s or cancer.

Although the coronavirus pandemic has forced many frequent fliers to stay on the ground, those who will eventually return to hypermobile lifestyles may see these studies as cause for despair: we’ve accepted that jet lag is part and parcel of long-haul flights, so if travel is unavoidable, that suggests these health consequences are as well. But researchers and tech firms have engineered a range of innovative technologies that could finally put jet lag to bed.

Out of time
To combat jet lag, we first need to understand what causes it. It all relates to our circadian system. Almost every organism has an internal clock that regulates the turning on and off of genes throughout the day, helping to trigger the physiological processes at precisely the right time.

“The circadian system fine-tunes our physiology and behaviour to meet the demands of the day/night cycle,” said Foster. “It regulates physiology in anticipation of waking up in the morning so that by the time we are actually fully awake, we can function – blood pressure is higher, metabolic rate is higher and our ability to process information has gone up. At the end of the day, the circadian system turns some activities down and puts us into the sleep state.” The reason so many organisms have evolved with this capability is that otherwise they would lose out on valuable activity time or leave themselves vulnerable to predators. However, this internal clock is of no use unless it’s in sync with the external world. The main signal that helps set the clock is exposure to daylight. Therefore, when we cross multiple time zones, we get jet lag as a result of exposure to the new light/dark cycle, which then resets the master clock in the brain. This means the fatigue we feel as a result of jet lag isn’t just caused by a lack of sleep – it’s because our master clock is no longer locked onto a time zone, and therefore all of the other internal clocks are out of alignment.

“The analogy I make is it’s a bit like an orchestra,” said Foster. “You’ve got the conductor who gives a beat, from which the component parts of the orchestra take a time cue and they align their playing accordingly. Under normal circumstances, you have a symphony. But under jet lag conditions, everybody’s playing at a slightly different time. So instead of a symphony, you have this cacophony. Everything’s not working at the right time, in the right order. And that’s why we feel so bad with jet lag.”

Getting in sync
For decades, jet lag remedies have been fairly straightforward: health organisations usually recommend avoiding alcohol and caffeine and eating lightly. But as technology has advanced, the tools at our disposal have become more personalised. Apps such as Chronoshift take users’ travel details and calculate when they should sleep, exercise and seek natural light. It’s estimated that the market for jet lag remedies could be worth $732.4m (€662m) by 2023.

Now, scientists are developing techniques that would allow them to measure a person’s circadian rhythms, paving the way for even more targeted solutions. Along with a team of researchers, Agung Julius, Associate Professor at the Department of Electrical, Computer and Systems Engineering at the Rensselaer Polytechnic Institute, developed a series of algorithms that recommend the best combination of sleep and light based on data recorded from wearable technology.

“Ideally, we need biometric data that are directly modulated by the suprachiasmatic nucleus circadian rhythm, i.e., the master clock. These include melatonin hormone level and core body temperature,” Julius told European CEO. “However, currently there is no technology that is able to provide practical, real-time measurement of these quantities. That led us to consider other biometric signals that are indirectly modulated, such as actigraphy, heart rate and skin temperature. These also have daily rhythms.” The US Department of Defence is funding Julius’ research on the grounds that it could help improve alertness in the armed forces.

For those without access to natural light, there are a number of products that simulate it. The French company Luminette sells light therapy glasses for the treatment of jet lag and insomnia, while the Glo to Sleep mask uses pulsing lights to help travellers adapt to their destination’s time zone prior to arrival.

Mind games
The pharmaceutical sector is also working on solutions to jet lag. In 2016, Foster founded Circadian Therapeutics, which develops drugs and technologies to combat sleep-related disorders. One of the drugs currently in development works by tricking our internal clock into thinking it has seen daylight. “What this drug will do is simulate the effects of light on the [body’s] clock and align the internal day with the external day… That’ll be useful for the blind, but also for people with other health conditions where the clock is drifting through time, such as a mental illness like schizophrenia, or other neurodevelopmental disorders like dementia,” said Foster. “But of course, these drugs could be useful for jet lag as well. So we will start our first human trials probably at the beginning of 2021.”

For those jet-lag-sufferers who can’t wait that long, there are a few simple behavioural changes that would also combat its effects. When travelling from west to east, Foster recommends getting more morning light before the flight, and more evening light when travelling from east to west, to adjust one’s internal clock to the new time zone. If possible, it may also be wise to travel a day or two before a high-pressure event or business meeting, to limit the impact of jet lag on performance.

Jet lag may seem like a temporary nuisance, but it can have a serious impact on our health over a long period and, in the short term, wreak havoc with our performance at work. With scientific innovation and entrepreneurship, we may one day be able to wave this fatigue-inducing condition goodbye.