Fear the long arm of the law

When former GLG hedge fund trader Philippe Jabre received the largest individual fine issued by the Financial Services Authority for market abuse in 2006, the case was hailed by the regulator as its biggest success in the fight to clean up the industry. By Harriet Agnew 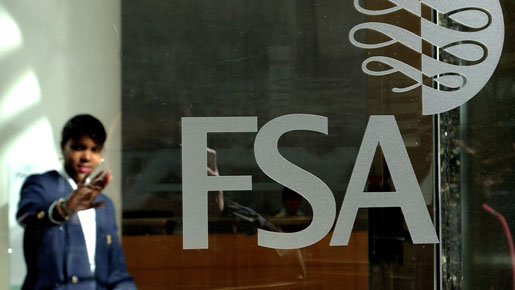 He and GLG were fined £750,000 each. Within weeks of the star hedge fund trader withdrawing his appeal against the penalty, Jabre had started fundraising for his newly launched hedge fund management business in Geneva.

If in 2006 hedge funds felt they had little to fear from the UK financial services regulator – other than a financial blow, disruption to business during investigation and short-term reputational damage – none would say the same today. In March, Moore Capital, the hedge fund founded and run by Britain’s wealthiest fund manager Louis Bacon, had its London office raided as part of a series of dawn raids across the south-east of England that culminated in the arrest of seven men, including Moore Capital trader Julian Rifat.

The involvement of the Serious Organised Crime Agency, an organisation founded as Britain’s answer to the FBI and which is normally used to fight drugs crime and international terrorism, highlighted the seriousness of the FSA’s campaign. In interviews after the raids, Soca officers compared individuals engaged in insider dealing to drug traffickers and said the offence was not a victimless crime. The high-profile campaign by the FSA has left many senior hedge fund managers fearing that even minor infractions could bring severe repercussions.

Philip Chapman, associate director at compliance consultancy Complyport, said: “Fund managers are concerned that behaviour which, in the past, might have merited a private warning may now result in a big fine and public censure.” Complyport, which works with more than 100 hedge funds, has this year delivered four times more training sessions » on market conduct than in previous years, according to Chapman, who spent four years working for the FSA’s market conduct team.

Chapman said firms were being pressed to do much more to prevent the accidental release of information. He said: “Firms must look at their information controls, right down to enforcing clear desk policies and tightening door controls. It’s all very basic but it seems that the FSA is taking a harder line in this area than it has in the past.”

This was also being raised with traditionally lower-risk firms such as advisory firms, he said. Neil Morris of consultancy Kinetic Partners said many funds were worried about the increased use of wire-tapping and advanced surveillance techniques. In the case of the FSA and Soca joint raids, some of the individuals are thought to have been under covert investigation for at least two years. Morris said: “There is more of an enforcement and an investigative mentality [compared with previous years].”

In the past, the FSA prided itself on using a principles-based framework to enforce discipline, with market participants expected to comply with a set of broad principles and not a proscriptive set of rules. Because of the financial crisis, the emphasis has changed and late last year senior FSA managers, including outgoing chief executive Hector Sants, began dropping the old rules in favour of what they said was an “outcomes-based” system.

Complyport is advising hedge fund firms to look more closely at the reporting lines they have in place. Chapman said managers must ensure that when they delegate transaction reporting to their brokers, they should seek confirmation it- is happening. Daniel Page, a managing director in business development at Bedrock RealTime, an infrastructure platform provider for hedge funds, said funds were strengthening their infrastructure.

Many are increasing their spending on compliance, including purchasing monitoring software to ensure their employees do not fall foul of regulators in the UK and globally, which are increasing their demands for greater transparency and accountability since the onset of the credit crisis and the Bernard Madoff scandal. Technology provider Northland Solutions, which in the past only marketed its sophisticated trading monitoring systems to large long-only asset managers, last month unveiled a system targeted at hedge funds, enabling them to keep a closer eye on their portfolios.

Rowan Bosworth-Davies, a consultant at Northland Solutions and former Scotland Yard detective, said: “There is a far greater requirement for financial transparency and hedge fund managers must be more acutely aware of what they have in their funds. They will probably be called upon for more disclosure at more regular intervals.”

Kinetic Partners believes hedge funds have become significantly more active in monitoring the investment decisions of staff. Morris said: “Hedge funds’ analysis of their trading has increased significantly. They are now routinely examining their top 10 most profitable trades to ensure they are within the strategy of the firm, as well as looking at trading volumes, internal spikes in volatility or unusual clusters of trades.”

Laurence Wormald, head of research at SunGard APT, a risk software firm, said hedge fund managers were working out how to use risk management tools to make sure they do not fall foul of the regulator. SunGard has developed a risk management tool, Tracking at Risk (TaR), which is designed to provide an alternative to value at risk (VaR), a measure that was widely discredited during the crisis, according to Wormald.

Michel Barnier, the European Commissioner responsible for cleaning up Europe’s financial services sector, has characterised bad risk management as lying in the same bracket as market abuse. The most obvious sign of the cultural shift to hyper-compliance in the UK was Gartmore’s recent suspension and reinstatement of star trader Guillaume Rambourg. He was accused by his own compliance department of favouring some brokers over others in contravention of the firm’s code of conduct.

This new-found sensitivity is seen in changes to the way hedge fund staff operate, particularly in relation to the inadvertent spreading of sensitive information. Many firms have banned employees from using social networking sites, such as Facebook, Twitter and even professional networking website LinkedIn. Use of personal email accounts and even mobile phones – calls from which can now legally be used in court by the authorities – are being discouraged as paranoia among funds over the extent of regulatory surveillance of their activities has risen.

Robert Lustrin, a partner at US law firm Seward & Kissel, points to the recent indictment of US hedge fund Galleon Group for alleged insider trading and the tactics used by prosecutors to secure information. Lustrin said: “Emails and instant messages can provide a ready source of evidence for a regulator or a prosecutor. Even if traders have deleted emails from their own mailbox or server, those same messages can be sitting on someone else’s mailbox or server.”

The SEC’s lawsuit against Goldman Sachs claiming the US investment bank misled investors by selling a collateralised debt obligation based on mortgage-backed securities that was designed to fail, has relied in large part on its haul of several thousand emails from the bank. The case could turn into the biggest civil case ever brought against a Wall Street bank, with some analysts predicting an eventual multi-billion dollar settlement. Hedge fund firm Paulson & Co has been dragged into the spotlight because Goldman Sachs failed to tell CDO investors that Paulson played a role in selecting parts of the mortgage portfolio, which the hedge fund then bet against.

These cases, along with many others, would seem to vindicate hedge funds’ fears and new focus on ensuring that their conduct goes beyond criticism by the authorities. The costs of not doing so have risen steeply. As the saying goes, “just because you are paranoid it does not mean they are not out to get you”.